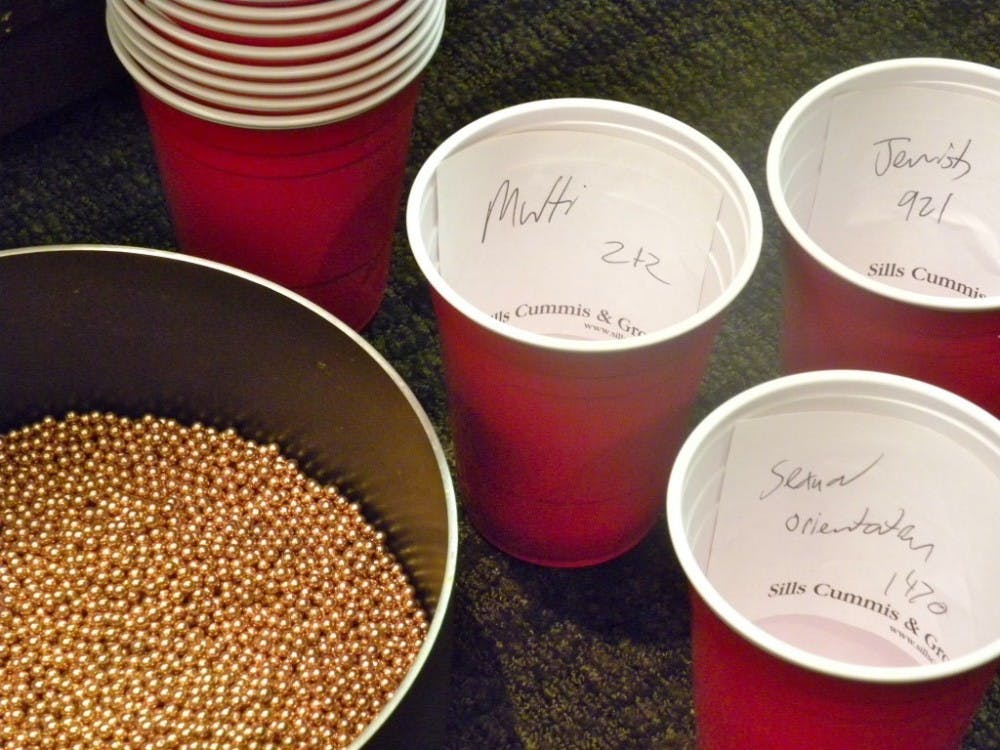 The 9/11 terrorist attacks on the United States continues to influence campus discussions and prompt Elon University to promote an atmosphere of peace and tolerance.

In order to advance student discussion, the Truitt Center for Religious and Spiritual Life held “Interact With Respect: 9/11 Dialogue” on the 11th anniversary of the attacks. The interactive discussion allowed students and community members to share their thoughts on hate crimes, religious tolerance and the lasting effects of the 9/11 terrorist attacks in 2001.

According to senior Rachel Stanley, intern for the Truitt Center, the reason for the discussion was twofold.

“It is always important to remember that day and come together as a community,” Stanley said. “But 11 years later, we also wanted to talk about how we can move forward and live together more peacefully.”

In order to guide the discussion, members of the Truitt Center created a simulation of hate crimes in which small copper BB pellets were dropped into a pot. Each pellet represented one hate crime. By the end of the simulation, hundreds of pellets had been dropped into the pot, representing the hate crimes that were reported to the FBI in 2010.

“A hate crime does, without a doubt, not only hit someone physically but hits them emotionally,” said sophomore Asher Weinstein, an interfaith engagement leader at the Truitt Center.

But Weinstein said there are several simple ways through which community members can reduce the high statistics.

Participants were also encouraged to consider diversity when interacting with other people. Leon Williams, director of the multicultural center, said remaining open-minded to new situations and new perspectives can greatly decrease the amount of judgment in today’s society.

“Diversity intelligence allows us, before we speak, to gain access to how we really feel and how we’re processing our vantage point,” Williams said. “Often times we leap, we judge. We have opinions, but we don’t have facts. Think of diversity intelligence as the ability to manage your bias. It gives us more equipment to move into a place of understanding.”

At the end of the discussion, participants were asked to give one word describing their feelings at that very moment. Sitting in a circle on the floor of the dimly lit Isabella Cannon Room, students and faculty members said they were feeling overwhelmed, reflective and inspired.

The reflective nature of the dialogue allowed students to brainstorm ways in which they can stop hatred.