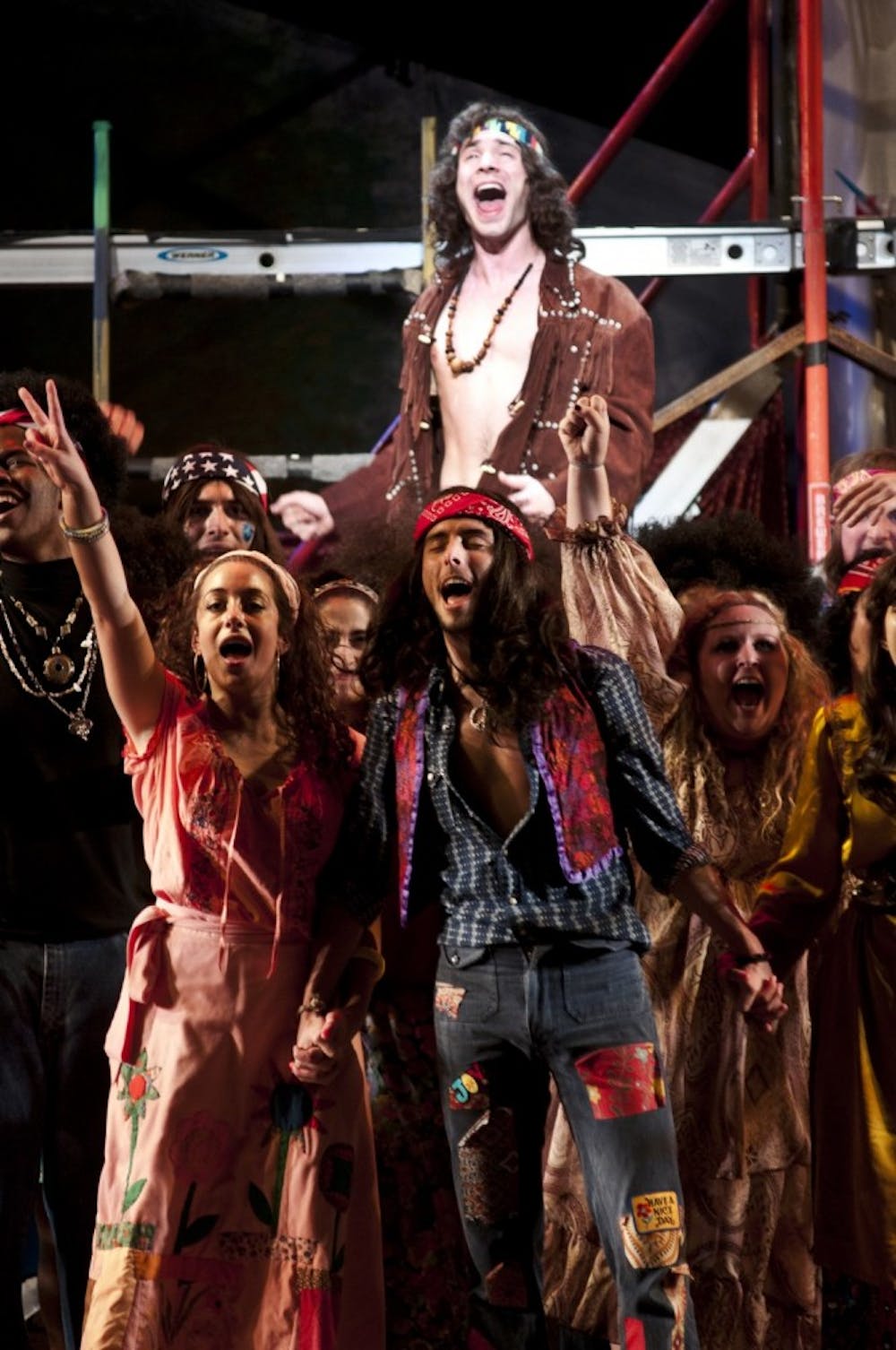 Recent Elon University graduate Matt Meigs ‘12 just closed the book on a whirlwind four years. As a music theater major, Meigs used his built-in support system in Elon’s Department of Performing Arts to thrive onstage, culminating in a principal role as Claude Hooper Bukowski in the Fall 2011 production of “Hair: The American Tribal Love Rock Musical.” The Pendulum spoke with Meigs about his time at Elon and how he will use lessons from college in the real world.

Q: Where are you living in your post-grad life?

A: I'm originally from Huntsville, Ala. After graduation, I went home for one week before I moved to Sunnyside, Queens, N.Y. It's a relatively calm city ­– a short subway ride from the middle of New York City.

Q: How have you filled your time since graduation? Have you gone on any auditions, or are you holding off on the job hunt?

A: I have gone on numerous auditions since moving here, three of which I was fortunate enough to get to the final callback. I have signed with a formidable talent agency. Lastly, I have procured a "survival job" to earn money to live in this unbelievably expensive city.

Q: You seemed to have a really fruitful Elon career. In addition to being part of a really tight-knit theater program, you had major roles in quite a few productions. What do you miss most about Elon?

A: This is a hard question because I could hand you a huge list right now. At Elon, they've created their own microcosm of a world where each tiny performance is as important as a Broadway show to each of us. It was a perfect building block. Being here, I realize how many people didn't have that or don't have a true support group. In our profession, that is the most important thing to have. For our entire lives, our job is to hear “no” and to just swallow that and walk into the next room as if we are the one they're looking for, and then hear “no” again. Hundreds and hundreds of times. You have to build yourself a group to deal with that stress, and Elon has already gifted us with that.

Q: On the other hand, what's your favorite part of the "real world" so far?

A: It's exciting! I'm doing what I've dreamed of for almost all of my life. It's not without its negative aspects and I'm in the very beginning of my career, but that's what's so cool – I've just started! The possibilities are endless in my mind, and every audition could be it. I'm not hindered by being jaded.

Q: Do you work hard to keep in touch with Elon friends and professors?

A: Four of my class have moved to New York City this summer, and it's been amazing to have them with me to discover everything. The rest of my friends are spread across the country in summer theater jobs, and I keep in touch as well as I can.

To keep in touch with teachers is a different beast. To tell the truth, I'm more focused on finding my new “teachers” here in the city. I've gotten to know casting directors, producers and choreographers who are willing to be open books and befriend a young artist. However, absolutely nothing could let me leave my roots behind. I already know of a couple Elon teachers who will be visiting New York soon, and I couldn't be more excited to see them.

Q: What do you think the future holds for you? Do you have a long-term life plan?

A: In our business there's no such thing as a long-term plan. It is a slow, calculated placing of steps one in front of the other and, hopefully, in an upward trajectory. There will always be dry spells with theater work. But I do know that my life will hold a much larger amount of high-caliber and exciting projects because of the training and preparation that I've received.