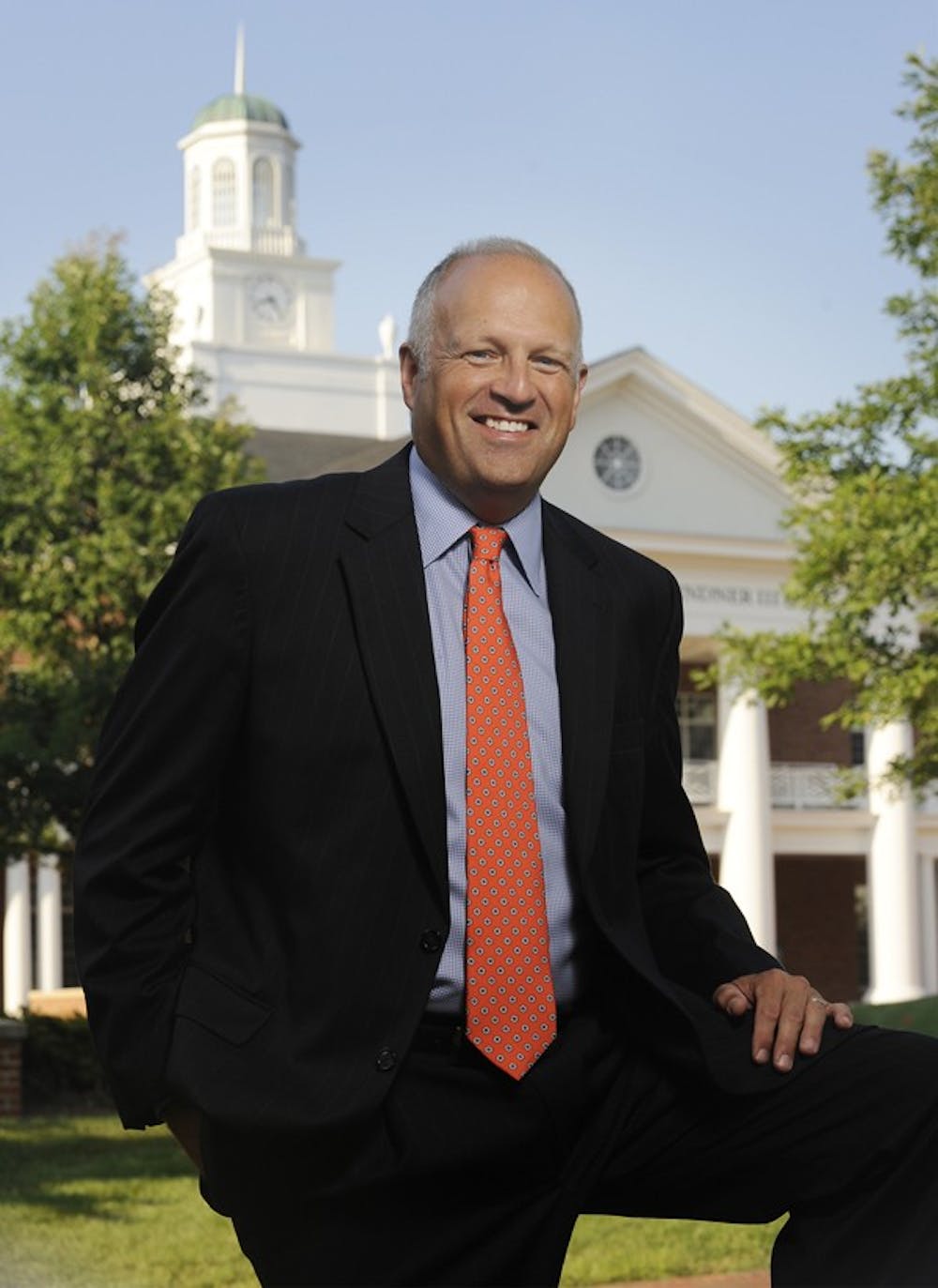 Leo Lambert, the president of Elon University, addressed students concerning the progress of Theme One of the Elon Commitment, which calls for unprecedented commitment to diversity.

“We have a big agenda,” Lambert said at the open forum May 8. “We’re trying to move a lot of things forward with the strategic plan, but there is none more important than our commitment to diversity at Elon.”

He expressed the importance of cultivating a university welcoming of students belonging to different economic, cultural, religious and racial backgrounds.

“We want to create the kind of community at Elon where we all feel like we have two feet in the community,” Lambert said.

By participating in a diverse community, students will be better prepared for life after their college years, Lambert said.

Lambert predicted new facilities will create an atmosphere supportive of diversity. He said he hopes that the Numen Lumen Multi-faith Center will provide the university with an environment where students and faculty from various backgrounds can interact.

“(The Multi-faith Center) is about coming together and figuring out what values we as human beings share,” Lambert said.

A goal of Theme One of the Elon Commitment is to triple the number of international students in attendance, according to Lambert. The university is also hoping to increase diversity among the student body by attracting students from a wider range of backgrounds, he said.

The university also aims to double the amount of need-based financial aid offered to students and to ensure that students from all economic backgrounds have access to equal opportunities during their time at Elon, Lambert said.

“A scholarship is your ticket in, but that’s not enough,” Lambert said. “We also want to make sure all students that come to Elon feel like every opportunity that is available to other students is also available to them.”

Elon has set a long term goal to raise $100 million in investments to ensure that all students that want to study abroad, or study away domestically, can attain at least a portion of the money to do so.

To further support studying abroad, Lambert said he is hoping to add an additional course requirement for foreign language for all students in the coming years.

Additionally, Theme One aims to provide more information about Phi Beta Kappa, Lumen prizes and other opportunities to distinguish academic excellence to all students, Lambert said.

Following his address, Lambert called on Brooke Barnett, senior fellow and adviser to the president, to discuss the coming changes to the freshman year core curriculum and how it will reflect the goals of the Elon Commitment.

Elon 101 will serve as a platform to encourage student exploration of personal identity and of the common ground they share with others at the university, according to Barnett.

“Sometimes the things that bind and connect you are not the things you would expect,” she said.

Elon 101 will also encourage discussion of the common reading, and focus on student engagement and activity, according to Barnett.

A question and answer segment followed Barnett’s explanation of the curriculum. A business major at the forum raised concerns about some students from lower economic backgrounds having to select majors based on affordability.

Because of the cost of textbooks and other materials related to the business major, a large portion of his scholarship money is spent on books alone.

Though some Elon faculty has suggested offering a stipend for books for scholarship students, others have argued that the money should be used to fund additional student scholarships, according to Lambert.

This issue is still being debated, and there is no clear solution as of yet.