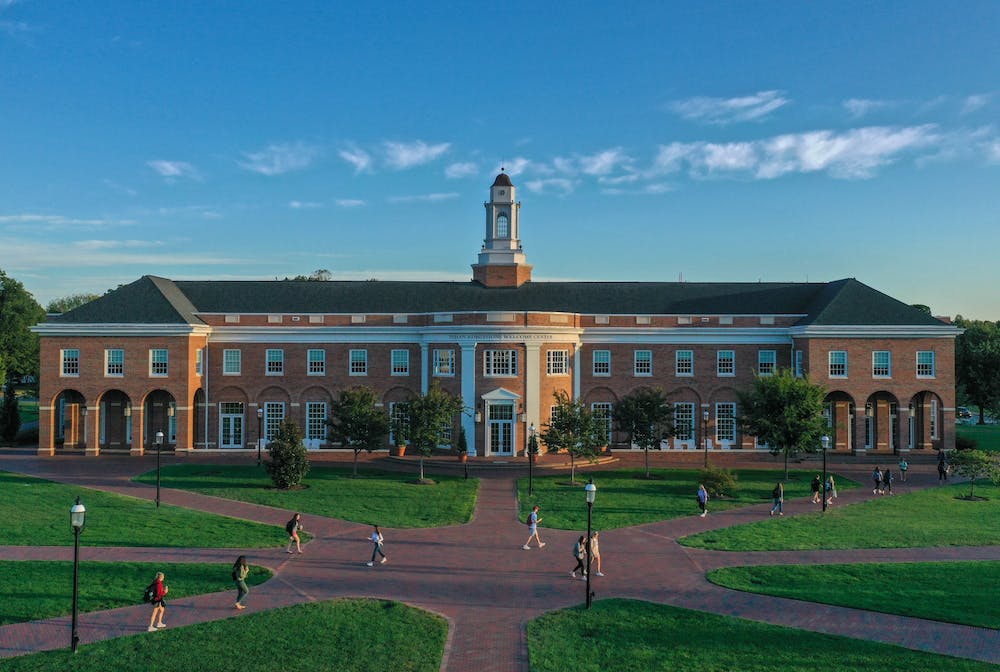 Checking the box labeled “African American” on her college applications was a proud moment for Uwera Izabayo – one where she was able to own her identity. She said she knew it would be a glaring part of the document, having a significant impact on the decision of the board. Now a sophomore at Elon, Izabayo considers herself lucky that she applied to colleges when she did.

“I’m an African American, low income, first-generation woman, '' Izabayo said. “The goal of the policy is to provide opportunity to disadvantaged students, and by taking that away, only those who are more privileged will get into school.”

Affirmative action refers to race-conscious admissions policies meant to promote underrepresented individuals in educational and professional pursuits. The practice compensates for barriers minority students may face when applying to colleges. The Supreme Court is currently revisiting the legality of the practice, specifically citing admissions systems at Harvard University and the University of North Carolina — a private and public institution respectively.

Associate professor of law Tiffany Atkins said the decision to ban affirmative action would be a step back for equality, going against precedents set in previous cases such as Grutter v. Bollinger. Decided in 2003, Grutter established that universities can use race as a soft positive, or a “plus,” on an application. Should the Supreme Court overturn Grutter, it would rule that higher education institutions cannot consider an applicant’s race at all in their admissions processes.

According to an interview earlier this year with Greg Zaiser, vice president of enrollment, and Kimberly Romero, assistant director of admissions for diversity and access, race is one of a variety of factors considered in an Elon applicant’s profile, as the Elon admissions office is intentional with its diversity recruitment efforts.

Atkins said the outcome will have a significant impact on Elon should the court deem affirmative action a violation of the Equal Protection Clause. She said it will ultimately be up to primary and secondary schools to focus on preparing students of color for higher education – and universities to find them.

“At a school like Elon, it will require some work to ensure that you're still capturing those students,” Atkins said.  “Even if you can't necessarily consider race as a factor, there may be other things that can be considered. As an institution, we'll have to figure out ways to increase that representation.”

Senior Mahogany Madden-Roberts said affirmative action provided her a sense of security in her college application process. She was aware of the demand for a heterogeneous student body, but this insight raised concerns about the intentions of her acceptance. Applying to predominantly white universities like Elon, she sought a school where she was not a statistic.

“When you know that you're a minority, you know that they're looking for students that don't fit within the stereotypical student at that institution,” Madden-Roberts said. “But you don't know how you're really going to be looked at socially, or if you're going to be viewed more as a token rather than a true individual.”

Madden-Roberts believes that, despite the school’s composition of primarily white students, Elon successfully supports students of different backgrounds and cultures. Now vice president of the Black Student Union and Homecoming royalty, Madden-Roberts has found a place of belonging. Through inclusivity efforts and organizations, she said, Elon has cultivated a safe space for all students.

“It's no new fact that we are still lacking a good amount in diversity,” said Madden-Roberts, “But we also have cultural events where we can go and learn about different groups of people, and we have the chance to teach others about us.”

Izabayo said she worries the absence of affirmative action would threaten the impression of acceptance within the Elon community.

“It would definitely make Elon a less welcoming place,” said Izabayo. “There would literally not be half the Black students that are here. As it is, I don't think Elon is super diverse, and they could be better at admitting more students of color.”

According to Elon’s Diversity Dashboard, only 5.7% of undergraduate students in the Fall 2021 semester identified as Black or African American. Doing away with affirmative action, Atkins said, would take away from the experiences of all groups of students. She believes that such a loss would prove detrimental to the university.

Izabayo said the case is insulting to existing minority students. Considering the resources and support white students have, she said, affirmative action is only fair.

Growing up, Izabayo was aware that she had to work harder to achieve success. She knew that as a Black, first generation college student, the odds were stacked against her. But she also knew she had the right to higher education.

“It’s upsetting because no one seems to be questioning whether or not white students should be at the institutions they are at,” Izabayo said.  “Students of color have to work twice as hard for their spot because the system is designed against them. Not for them.”

Madden-Roberts said she believes discarding affirmative action will set back the fight for equality, putting minority groups at a disadvantage because it currently allows for underrepresented individuals to gain the same experiences and education as the majority. Without such exposure, Madden-Roberts said they are not set up for equity in the workforce.

“Underrepresented people are facing discrimination and losing out on these opportunities,” said Madden-Roberts, “​​There need to be policies set in stone to emphasize to companies that they need to be diversifying and allowing other people outside of the dominant group to be within these work areas.”

Atkins agreed and said such a decision would present dire consequences in society in the long run. It raises concerns for her as both a woman of color and a law professor. In her race law class, Atkins informs students of the importance of respecting various points of view, as well as the significance of precedents. To rule against affirmative action, she said, would go against everything she has taught them.

“Diversity is important in our classrooms and to our professions,” Atkins said. “If the schools where they are educated are predominantly white, even more so than they are now, it creates a pipeline problem. There’s going to be a lack of diversity of perspective, resulting in the weakened ability to service our community holistically.”

Atkins is not optimistic about the outcome of the case due to the Supreme Court’s conservative majority. Atkins also said that because judges are appointed for life, she believes they will continue to take advantage of their position, challenging important precedents that reconstructed the Constitution to reflect present day America.

“The Constitution excluded Black people,”  Atkins said. “It wasn’t written for us. The 14th Amendment was. It’s meant to ensure equal protection of the laws to all American people. To later say that that purpose is no longer needed, or that we don't need that affirmative action step, would be very offensive.”

Izabayo said she worries about the outcome, knowing that it will impact her own descendants and alter the future of the nation. But understanding what her ancestors overcame provides her a sense of hope that future generations will persevere.

“People of color have continued to face many challenges,”  Izabayo said. “And if anything, this is another bump in the road. It’s no reason to give up.”