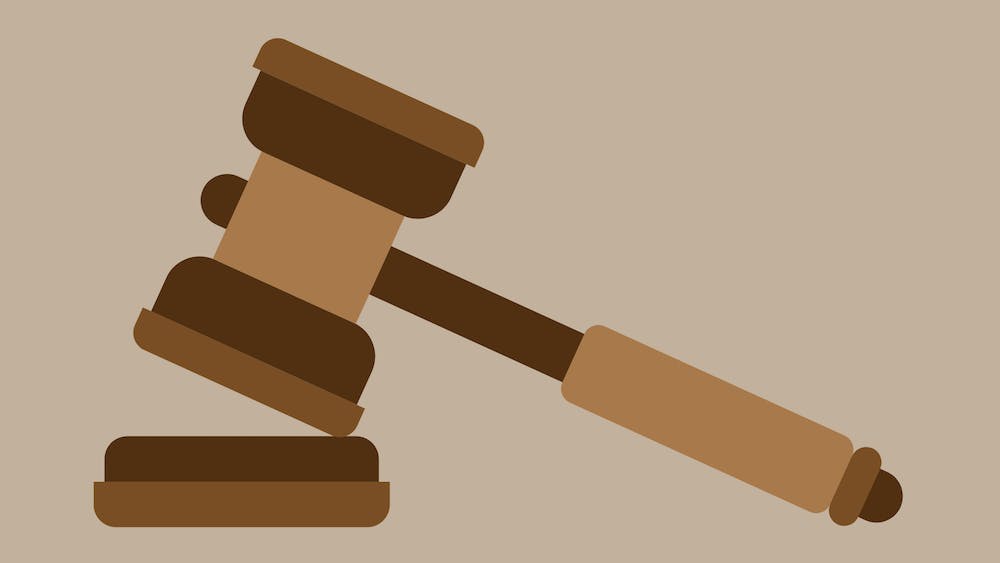 
Alabama, Illinois, Louisiana, North Carolina, Ohio, Pennsylvania and Texas are the only states that hold partisan elections for both their supreme, intermediate appellate and general jurisdiction courts, according to Ballotpedia

In 2018, the North Carolina General Assembly changed its district and superior court elections from nonpartisan to partisan. This means that candidates running for judicial positions are required to run with their political affiliation on the ballot. According to Ballotpedia, Alabama, Illinois, Louisiana, North Carolina, Ohio, Pennsylvania and Texas are the only states that hold partisan elections for both their supreme, intermediate appellate and general jurisdiction courts.

Luis Toledo, Elon University professor of political science and policy study, discussed the dangers of having partisan judicial elections as well as the importance of judicial races following Tuesday’s elections.

North Carolina is one of 10 or 11 states that uses partisan elections, as opposed to [nonpartisan] elections, and that changed as of 2018. Can you explain the difference?

“It's a recent change, and it was done by the Republicans in the North Carolina State Legislature. It was, I would consider, an extremist and dangerous tactic to get votes. The difference here — what they did is they're forcing judges to pick a letter. Either a D or an R. Many judges, professional judges that have been doing this for decades, were not happy with this and they were forced to do it because of the Republicans as a strategy, again, to promote votes on their side. So you have to understand that in the judicial profession, folks want to be seen as impartial. They don't want to pick a side. They want to be basically in the middle. And by forcing them to pick a D or an R, in a sense, you're basically making them biased from the beginning, which a judge should never be.”

How do you think this affects people running for judicial positions?

Before you would see candidates for the Congress, or the legislature or the governor, going to these politically inclined sides — but now you're having to have judges show up to those events too, so that they're seen by their party base, so that they can have a chance of winning. It makes it tough just to take a step back. If somebody wants to be a judge, they’re going to have to say bold things. They're going to have to maybe take on an extreme position. They're going to be forced to answer questions that they normally wouldn't have to answer in a campaign, and it really puts them in an awkward position. And like I said, judges want to be in their position to look at evidence and make a decision. That's what it used to be once upon a time. But now, they have to take a position even before they look at the evidence, and that is what is dangerous about this.”

How, if at all, can we change it back? Is that change plausible?

“It is on a state-by-state basis. To change it back … at this point based on the reality, it will take the people of North Carolina to vote for Democrats to take a majority in the state legislature, so that they can reverse what the Republicans did.”

“I think from a good governance standpoint, it's a good governance thing to do. I think if you have a party that really wants to promote democracy, if you have a party that really believes in the separation of powers and the three branches, it is very possible to fix that to basically make those judicial races, once again, impartial — where they are not forced to pick a D or an R next to their name. I think it is very possible if you get the right people in office.”

Should this be something students should be conscious of while they're voting?

“If students don't pay attention to what is happening to the three branches of government, the government is going to look very different. And what we've known for over 200 years may not exist 50 years from now. From the branches standpoint, I think since elementary school or even in high school government classes, students have been taught about the three branches of government, but we've gotten away from that. It's becoming more of the legislative and the executive. Given the current track that we're on, the legislative is pretty much telling the judicial what to do.”

How do we fix that?

“Voting is very important, and the reality is every American should know that every year there's an election. So number one, everybody needs to understand that. We need to vote every year, not just every four years when it's time for a president. So every vote counts. In North Carolina, we've seen statewide elections be decided with less than 300 votes. … The most important thing for people to know is that in a state like North Carolina, every vote matters and can decide what's going to happen and could affect us over the next 10, 20 years.”

“People need to understand that we need to pay attention to the judicial races as well. And yes, they are boring. But they're very important because these are the folks that will decide whether or not a law is basically constitutional or not. And everybody needs to understand that that happens at the federal level and at the state level. We have judicials at the federal level making decisions based on the Constitution for the country, and here in North Carolina, we have judges making decisions based on what is in the North Carolina State Constitution. So the point is, with some of the extremist positions that are being taken by either party, it is very important that voters know that the judicial races matter.”

“You hear a lot about policy positions, and what are we going to do about this? What are we going to do about that? One thing that is really not talked about is the structure of our government. We're basically based on three branches of government. … Everybody needs to understand that the structure of our government, the foundation — basically the floorplan of a house — it's being changed right now in the modern time. And we as a people need to decide: the changes that are being made and happening, are they the best for our future, or are they just the best for a political party?”