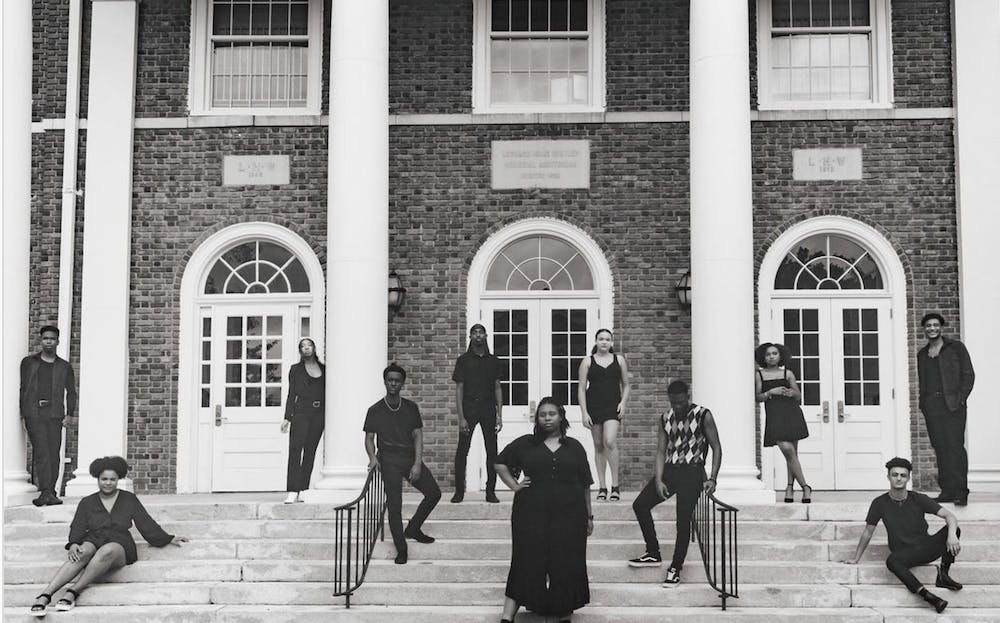 “The Moment” is Elon University’s first all-Black cabaret. Through a prefilmed series of scenes, monologues, songs and dance, performers aim to inspire Elon’s next generation of Black artists. Photo courtesy of “The Moment”

As this year’s artistic director for Elon University’s all-Black cabaret, “The Moment,” senior Zion Middleton was inspired by his experience participating in the performance’s 2020 iteration, but he wanted to transform the annual production into something that can evolve with the changing needs of Elon’s Black community. This year’s “The Moment” is based on the theme of an oasis and safe space for Black artists to engage with their craft, creativity and community.

“I think last year we kind of fell into a trap of trying to recreate something, but it's a different group of people, and we need different things,” Middleton said. “There's been a lot of change, and the only thing that has been consistent has been our community.”

“The Moment” is a cabaret that utilizes an entirely Black cast and production team. The showcase features a series of scenes, monologues, songs and dance prefilmed across campus and edited together to create a movie.

In addition to serving as artistic director, Middleton also starred in the production. He said on the surface, not all of the numbers may be clear in their meaning, but when audiences take a closer look, they can find nuances relating to the feeling of refuge.

“They're all about finding that oasis,” Middleton said. “It’s living in that safe place with your Black art and your Black community.”

Senior Renell Taylor served as an assistant director and starring actor for the production. He said he is very thankful for projects like these because they give him the opportunity to experiment with multiple different roles and responsibilities both on and off the stage.

“We have very little opportunities to be a choreographer or director, so we try and give everyone the chance because it's much harder to do on a bigger level,” Taylor said. “Something like this can be your jumpstart so you can start to make your name and your brand.”

Taylor said he wants audiences to know this production is an opportunity to celebrate Black art and Black excellence and inspire his peers to make more art like this in the future.

“We are making this for our people. We're not really trying to prove a point to anyone,” Taylor said. “We want all of our peers and all of our people of color to enjoy this and to share this moment with us because it's very special to us.”

Middleton said he hopes the production can inspire the next generation of Black artists at Elon.

“It’s my Elon dream that Black students come into this program and see in us what we saw in the seniors when we came to Elon,” Middleton said. “I can tell you, there are a lot of these other BFA programs that have something, but they don't have ‘The Moment.’”