The week-long contest is raising money for Habitat for Humanity 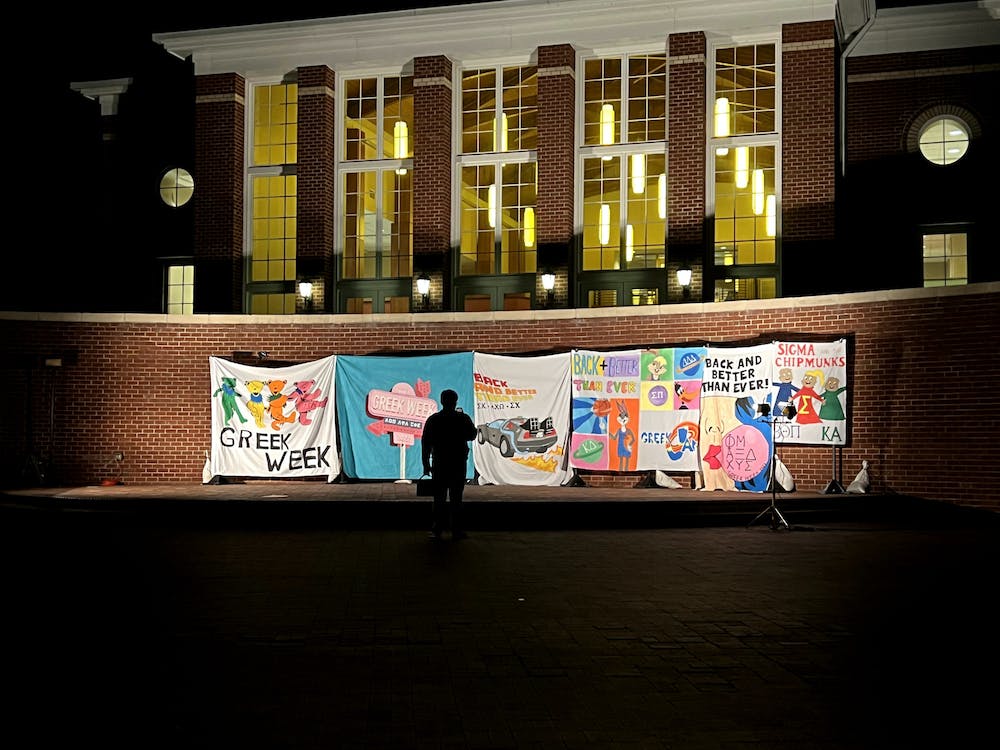 Oct. 24 marked the beginning of Elon University’s first Greek Week since the 2018-19 academic year. Through Oct. 28, 16 greek organizations will participate in contests and fundraising efforts as a way to unify the greek community. This year’s theme is “back and better than ever.”

Assistant Director of Student Involvement for Fraternities and Sororities Alexis Swider said Greek Week is a friendly and celebratory time for the community to come together. Swider said this week’s events are open to those not involved in greek life.

“There’s a lot of different opportunities for our students that are unaffiliated to be a part of Greek Week, and even allowing those that could be potentially interested in joining the greek community,” Swider said. “Having those opportunities allows for them to get excited for what future Greek Weeks and Greek Dances look like.”

The fraternity and sorority community selected Habitat for Humanity as this year’s philanthropy. There are also a number of service opportunities offered throughout the week in partnership with the Kernodle Center for Civic Life, such as working with local groups like the Boys and Girls Club, Campus Kitchen and Special Olympics.

“It didn’t single out our individual organizations' generosity, but instead wanted to make sure that we’re bringing a full community effort into one philanthropy,” Swider said.

The week began with a kick-off event near Loy Neighborhood and a banner competition. The results for Day 1 are:

There is a special College Coffee and field day on Oct. 25. Wednesday focuses on philanthropy, with a Habitat for Humanity donation table located in the Moseley Center from 8 a.m. to 8 p.m. and a blood drive in Alumni Gym from 9 a.m. to 6 p.m.

There is also an academic supply drive taking place throughout the beginning of the week. The supplies will be donated to Alamance-Burlington schools. Winners will be announced Wednesday and will get to choose where they are in the performance order for Greek Dance on Thursday.

The week concludes with the Greek Dance competition on Thursday evening at 8 p.m. in Schar Center. The winners of Greek Dance and the winning teams will be announced at an awards ceremony at 7:30 p.m Oct. 28 on Medallion Plaza.

“I'm just really excited to see this come to life. I know our community has put a lot of work, effort and support into bringing this to fruition,” Swider said.

The teams for Greek Week are: