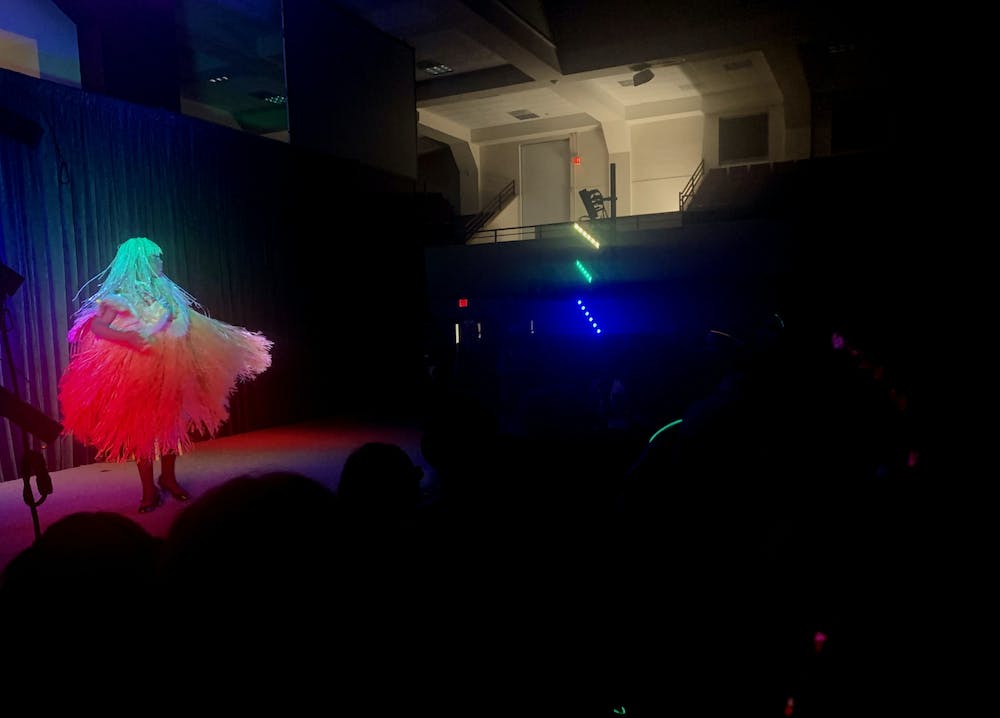 The Gender and LGBTQIA Center, along with Late Night Elon, hosted its annual Dragstravaganza show from 10 p.m. to 1 a.m. on Oct 29 in Alumni Gym. This year, the GLC encouraged people to come dressed up for Halloween.

Naomi Dix, Durham based drag queen, hosted the show that featured performances from students and other local performers. Dix usually performs with Elon alum Stormie Daie at this event, but they were unavailable this year.

Students were offered glow sticks, snacks and beverages upon entrance. This was the first year Dragstravaganza was held in Alumni Gym, which has a larger capacity than the typical venue, College Street Taphouse. Though the event started at 10 p.m., the first performance started around 10:45 p.m., with students dancing around the stage until then.

After Dix’s initial performance, she talked about the importance of enthusiastic consent and respecting the drag queen or king on stage.

“It is as simple as no means motherf---ing no,” Dix said. “And no doesn’t always have to be verbal. … Enthusiastic consent only means yes when you actually hear the person say yes.”

Senior Claire Quinlivan works for Late Night Elon and has attended the event for the last two years. She said it was nice to see so many people at Alumni Gym this year because last year, they had to turn people away at Taphouse.

Quinlivan said the tradition of Dragstravaganza is not only fun, but also meaningful to so many people on Elon’s campus.

“Just having events that are centered around the LGBTQIA community — it's really important to show they're here and they have a space on campus,” Quinlivan said. “It's for everybody, but it also is a special thing for the LGBTQIA community to see people who are like them and feel supported.”