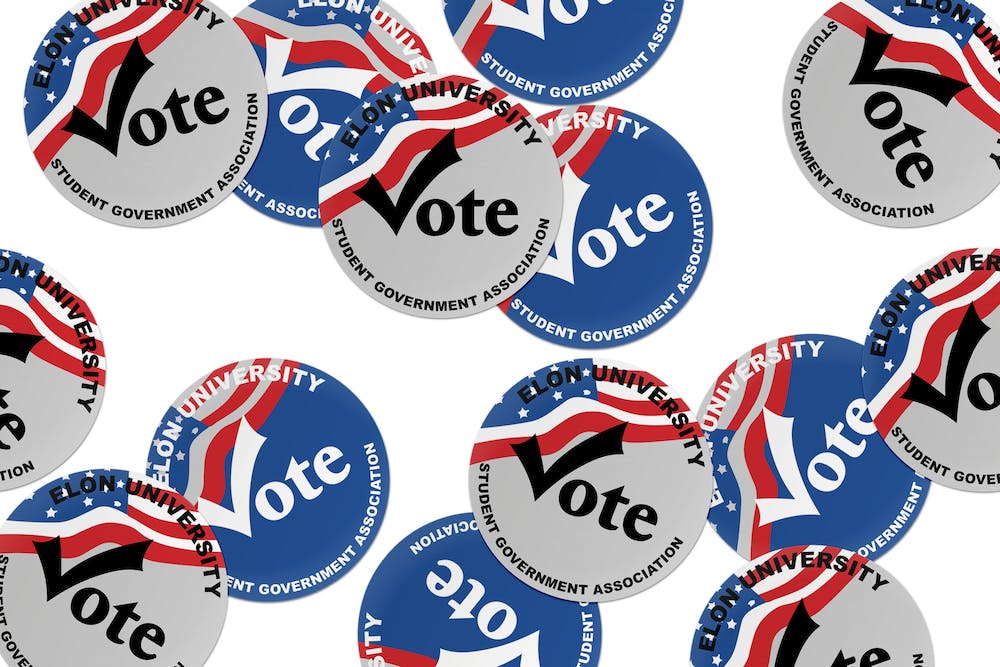 
179 freshmen cast ballots in their representative election September 2022. This is 10.6% of the 1,692-member class, which is the largest class in Elon’s history.

A lack of public attendance at Elon University’s Student Government Association’s recent meetings and a 68% decrease in voter turnout for freshman class elections compared to the year prior have some members of SGA reconsidering the organization’s methods to engage students.

Class of 2026 President Selma Maric said she’s worried low student engagement with SGA, especially within the freshman class, is due to a lack of awareness about what SGA is. According to junior William Wood, SGA’s vice president of communications, SGA is a multifaceted organization dedicated to serving all members of the Elon community by advocating for the rights, opinions and interests of the student body.

Earlier this month, 179 freshmen cast ballots in their representative election, according to Elon News Network’s previous coverage. This is 10.6% of the 1,692-member class, which is the largest class in Elon’s history.

552 freshmen cast ballots in the class of 2025’s election last fall, which saw 34% participation within the 1,591-member class. Also according to the university’s fall registrar’s reports, SGA freshman elections have increasingly had less voter turnout for the past seven years, despite class sizes increasing.

“I feel as if numerous students here have either never heard of SGA or don’t know what SGA does,” Maric said. “Students want to participate in events and support their school, but they aren’t exactly sure how to do that without the blasting of events online or in person … I think there is a lot of progress that can be made towards student engagement, especially geared to the first-years who are just starting out at Elon and want to feel a larger sense of community.”

Maric said based on her experience talking with voters, it was not that freshmen didn’t want to vote, it was that many simply did not know how to. Maric said Phoenix Connect, the university’s website for students to join campus organizations and vote in SGA elections, wasn’t heavily advertised to freshmen, and most didn’t know how to even access it.

Freshman Andrew Weiss did not participate in the recent election and said he was unfamiliar with Phoenix Connect. Further, he said he was unsure about what SGA does and how it impacts the student body.

“It is in charge of leading and deciding on what goes on in the school, I guess,” Weiss said. “That’s my best guess. I have no idea. I really don’t know.”

Maric said a lack of knowledge among students about SGA doesn’t necessarily demonstrate a lack of interest, but limited understanding also means students see no clear pathway to get involved. Weiss agreed, emphasizing the importance of visibility to increase SGA’s presence within the student body and get better feedback from students.

“They could send out polls on what students want. If they’re trying to help out the students, then they should ask what they want help with and try to do that,” Weiss said.

“I believe higher voter turnout would happen if more students were engaged in sharing about SGA elections. … Elon’s campus runs on word of mouth,” Kays said. “Person-to-person talking will always be the best.”

Word of mouth is an effective strategy, according to Maric. She said her campaign was accomplished primarily by talking to Elon students she had met during the summer, going from dorm to dorm to hang up posters and telling people to vote. Despite not engaging in the election, Weiss said most of what he knew about this year’s election was from candidates telling him to vote during class.

As for solutions to a lack of student engagement, Kays said members of SGA have been discussing various ways to make SGA more accessible to the public. On Sept. 9, SGA held its annual town hall but saw no attendance from the student body, sparking a conversation about  moving business meetings to a more public space rather than the current spot on the second floor of Moseley Center.

SGA hopes to garner greater awareness around its $436,000 annual budget, according to Kays,  and promote the ways SGA is available to financially support both organizations and the student body as a whole.

Maric said she is optimistic about SGA’s goals for the year, both in terms of increasing student engagement and otherwise.

“Coming to Elon and seeing the beginnings of growing school spirit is amazing,” Maric said. “I am just hoping SGA can be a part of the change to make it grow even bigger.”