The estimated time of restoration is 12:45 p.m. Sept. 30, according Duke Energy 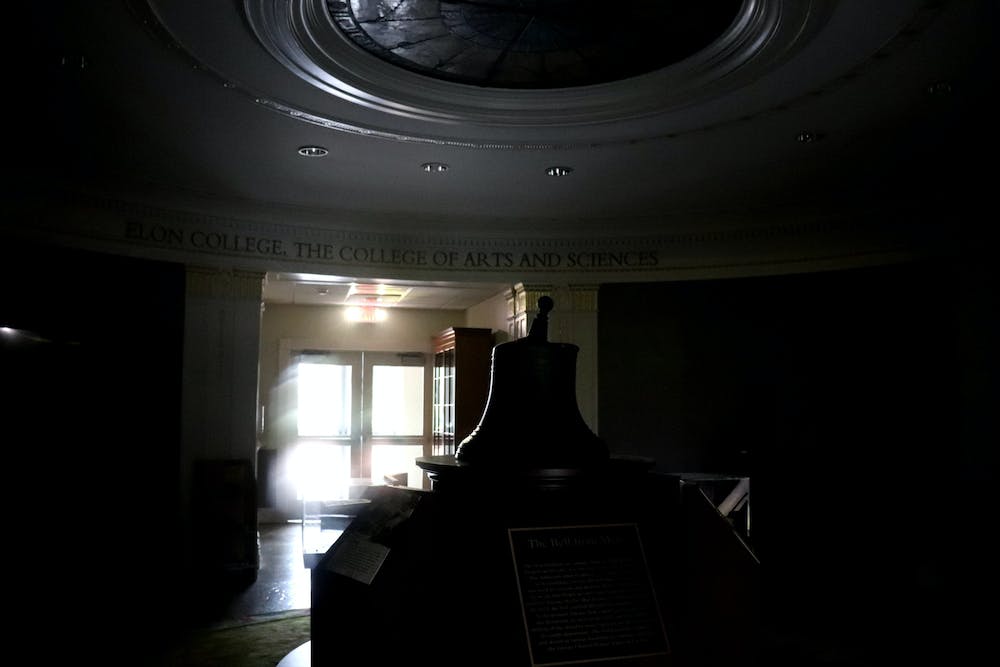 According to Duke Energy, tree limbs fell on Duke Energy equipment and powerlines to cause the power outage on Elon University’s campus. The estimated time of restoration is 12:45 p.m. today.

As of 11:51 a.m., parts of Global, Oaks and Historic neighborhoods have some power. Internet has been restored to most of campus.

According to the university, power is being restored to campus in stages. Classes are being held as scheduled until the university closes at 1 p.m., according to an email from Vice President for Student Life Jon Dooley.

Tour guides are still giving tours as of 9:30 a.m.

A prospective student and her family were on a tour of campus when the power went out. They said they toured Florida State University in Tallahassee earlier in the week before hurricane Ian hit. They said even though they knew inclement weather was a possibility, they were coming to campus for a tour of Elon regardless.

"We were down somewhere else in Florida and we came up this way. And so we knew there was a possibility, but we thought with timing, we could get in and do the tour and get out before everything got worse," the father said.

Elon sophomore Ellie Blumenthal is from Tampa, Florida. Her family said they didn’t have to evacuate and were able to stay put. They mainly received rain and lots of wind.

“I tried to stay off of social media, luckily it missed us but TikTok stresses me out because of how destroyed Florida is,” Blumenthal said.

According to Blumenthal, her parents said they are exhausted from stress but relieved the storm did not directly hit Tampa.

Here outside of Oak House where the rain is slowly coming down. Stay tuned for updates.#HurricaneIan pic.twitter.com/9KxKyGwpm7

The family had planned to tour more universities in the area but have decided to go home.

According to Elon University Student Union Board, the SUB tailgate for the football game this weekend is canceled.

Elon freshman Cole Husar was eating breakfast in Lakeside Dining Hall when the power went out.

“Loud sound, and I was like, ‘Oh wow!’ And the lights flickered, and they went out,” Husar said.

“It was really weird. My light didn’t turn on when I went to go turn it on, and the bathroom light was turned out, so I was super confused,” Day said.

But parts of the east side of campus haven’t lost power yet. Elon freshman Nic Fillippa lives in East Neighborhood and said his day hasn’t been disrupted.

“We were kind of obviously to the whole thing. We have a nice little paradise down there,” Fillippa said.

Fillippa said his friends are coming to his dorm to stay dry and charge their phones.

“It’s warm and dry in there. We’ve got power. We’ve got everything you need. So why, why go out?” Fillippa said.

When it comes to the storm itself, Elon freshman Aidan Earley isn’t worried. He is from Charlotte and said he’s used to this weather. All university events after 1 p.m. Friday afternoon have been canceled.

“I think we’ll be fine because I’ve been in the effects of hurricanes before in Charlotte, and my parents are actually coming up today for Parents’ Weekend,” Earley said.

Fillippa said he is not prepared.

“I made the mistake of not packing an umbrella when I came out to college, so that’s a shame,” Fillippa said.