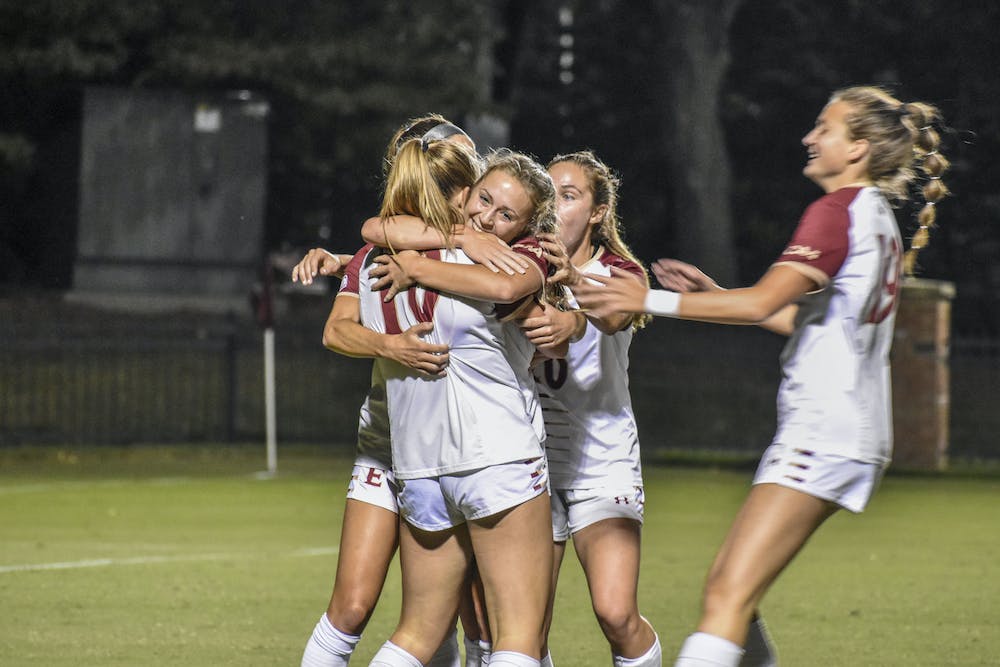 Senior forward Bethany Harford opened things up with an early goal in the 7th minute, and the Phoenix never looked back, as the team cruised to its fifth win of the season. Payne said he believes the team's difficult non conference schedule helped prepare players for tonight’s game.

Elon tacked on a second goal in the 64th minute thanks to freshman forward Ashlee Brehio’s fourth goal of the season, set up by a beautiful pass by fellow freshman midfielder Rachel Buckle. Buckle said the team was motivated by the start of conference play.

“I think coming into this game, everyone was really excited,” Buckle said. “Our whole team was really prepared to come out and give it our all, especially because it was our first conference game of the year, so I think everyone’s head was in the right space.”

Both Brehio and Buckle have made an early impact as freshmen, and Payne said it is a result of the rest of the team setting the tone.

“It’s the whole group that allows them to play the way they play because they hold them to a certain standard every day in practice,” Payne said. “The freshmen have bought into that and they bought into it early. It doesn’t surprise me they’re having the impact they are.”

Buckle added that getting to know the freshman class over the summer prior to arriving on campus was also helpful in their immediate success.

“This summer we started reaching out to each other, the freshmen did, so we kept each other accountable before we even got here,” Buckle said. “But obviously we couldn’t [have success] without the other players that were already here.”

Next up for the Phoenix is a home game against the Monmouth Hawks at 1 p.m. Sept. 25 at Rudd Field.