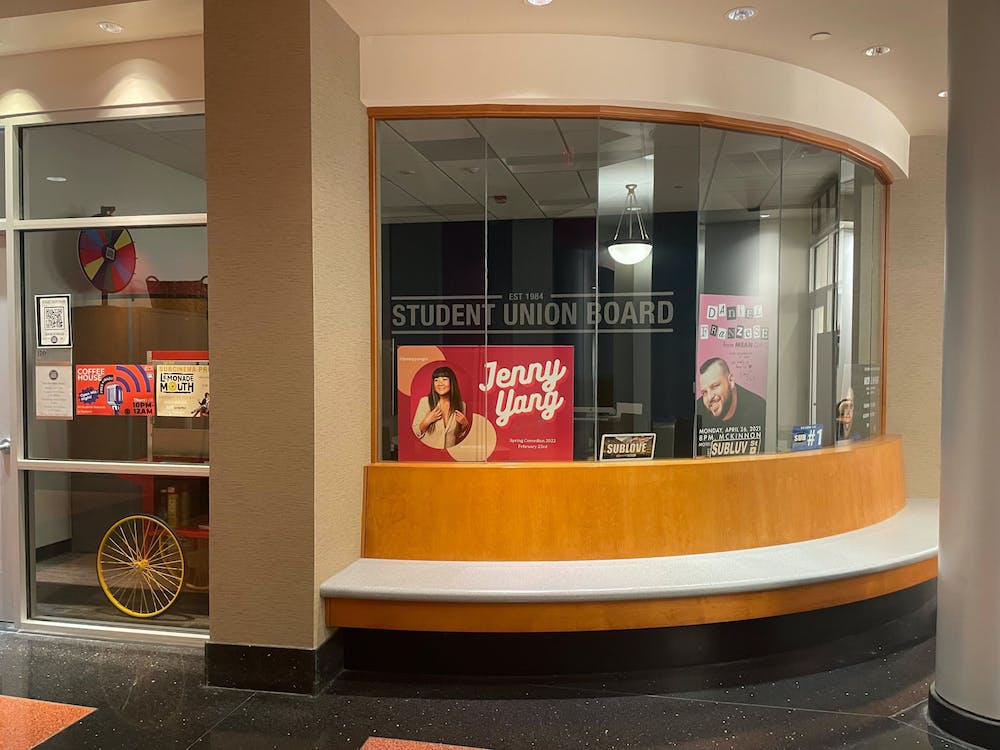 
The Student Union Board office is located in the Moseley Center. Sophomore Owen Bramanti’s belongings were stolen from the office.

After Elon University sophomore Owen Bramanti said his laptop and book bag were stolen from the Student Union Board office in the Moseley Center last week, he’s had a heightened awareness of the potential for similar incidents on Elon’s campus.

Bramanti, SUB’s fan engagement chair, arrived back to the SUB office after helping friends move supplies on Sept. 7 and noticed his belongings were gone. He initially assumed someone had moved his things out of the way.

He decided to check his laptop’s location on his iPhone, which showed that the laptop was in Greensboro. Once he realized the computer was in Greensboro, Bramanti knew someone had stolen it, along with his backpack containing his school notes.

“I was freaking out on the inside because I can’t believe this happened to me,” Bramanti said. “You hear all these stories all the time this person’s car got broken into — ‘Oh, this happened’ — but you never really think it’s going to happen to you.”

Bramanti also called the Greensboro Police Department, which attempted unsuccessfully to retrieve the laptop from a house at the location Bramanti provided.

But, while the police were at the house, Bramanti received a friend request from a Greensboro resident on Facebook. The police told him to accept the request, message them, and ask for a picture of his bag and laptop. But, the man messaged him first.

“He says, ‘Hi, I know you don’t know me, but you dropped your computer in front of my house. I have it for you. Please text me back.’ And I was like, this is weird,” Bramanti said.

Bramanti knew he didn’t drop off the laptop, but the police told him to respond. Bramanti asked for a photo of his belongings, which he received the next day during class.

“And so as soon as that happened, I left class and I called Elon PD again,” he said.

Campus police told Bramanti officers would collaborate with Greensboro police to retrieve his laptop. And, during his next class, Elon police said it had secured the laptop, but none of the other stolen items. When Bramanti went to get his laptop, he said it was dead and smelled like cigarettes.

Bramanti said he is not confident that his other stolen property will be found. Bramanti said he urges students to be careful with their possessions, lock their doors and add their computer’s location to their iPhone, as Elon University is not immune to crime. He suggested sharing the location with friends as well.

Bramanti said he still does not know who took his property or if they attend Elon, and he plans to ask Moseley Center front desk workers to review security camera footage.

He said the situation has changed how he will care for his belongings in the future.

“I think a lot of it is now just making sure that I have eyes on everything or if I don’t realize I know it’s in a secure place,” Bramanti said.