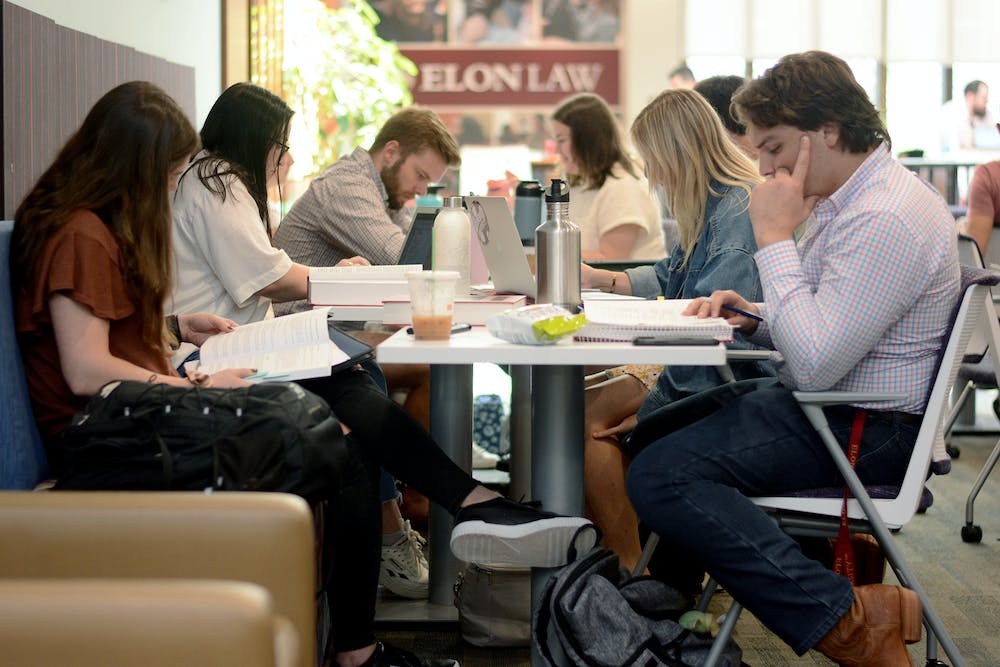 Students studying at Elon University School of Law, which announced its speaker series lineup for the 2022-23 academic year Sept. 22. Courtesy of Elon Law.

Throughout the 2022-23 academic year, three influential media figures will visit Elon University School of Law in downtown Greensboro. Each first got their start in law and are set to speak at 6:30 p.m. on their respective dates at the Carolina Theatre. Tickets will be free for guests.

The series marks the first of community events held by Elon Law since the onset of the COVID-19 pandemic, according to the Sept. 22 press release from Elon Law.

This speaker series is made possible from The Joseph M. Bryan Foundation, which brings accomplished leaders across various disciplines to share perspectives with students and faculty.

Abrams is CEO and founder of Abrams Media. He serves as chief legal affairs anchor for ABC News and is host of “Live PD” on the A&E network. Abrams has previously served as general manager of MSNBC, co-anchor of ABC’s Nightline and chief legal correspondent for NBC News. Abrams is a graduate of Columbia Law School and a frequent writer for the New York Times, Wall Street Journal and The Yale Law.

Three-time Emmy award-winning, legal journalist and co-host of the View, as well as  former federal prosecutor and New York Times bestselling author, Sunny Hostin got her start as a law clerk to retired Chief Judge of the Maryland Court of Appeals Robert M. Bell. She later became a trial attorney in the U.S. Department of Justice's Antitrust Division.

Anchor of FOX News Sunday with Shannon Bream joined FOX News in 2007 as a Washington D.C. Supreme Court correspondent. Bream is also the chief legal correspondent for FNC and has her own podcast “Livin’ the Bream” on FOX News radio. Before entering media, Bream practiced law focusing on race discrimination and sexual harassment cases.