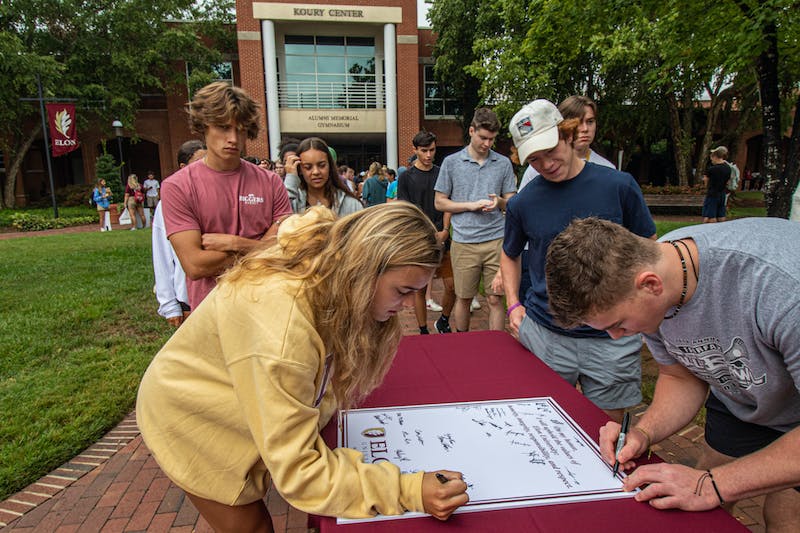 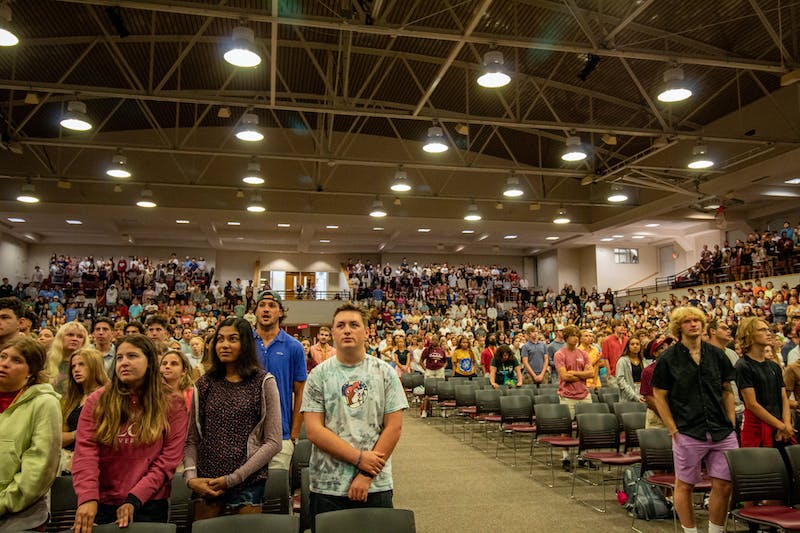 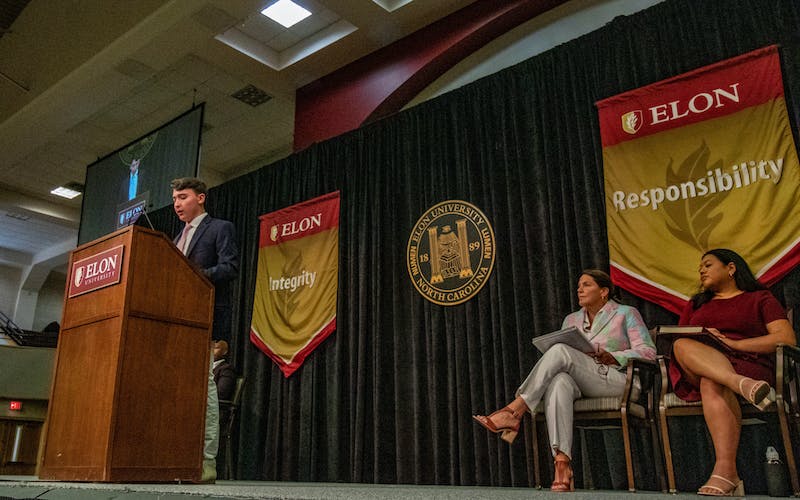 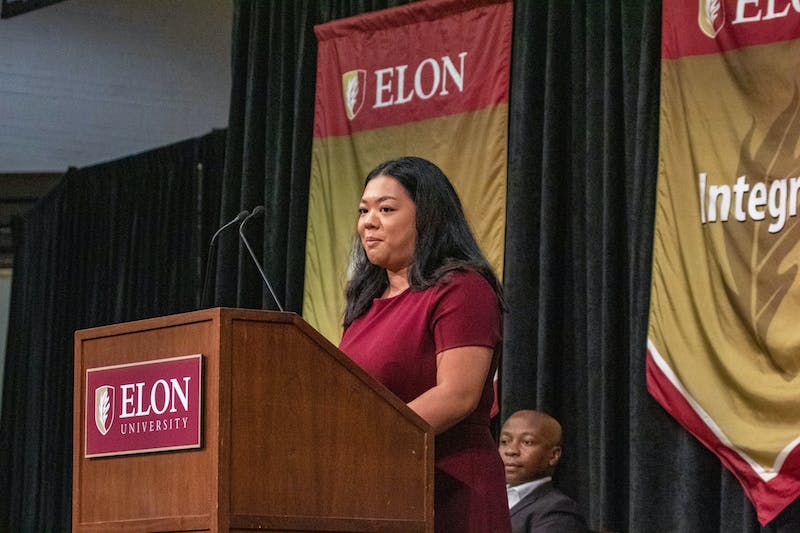 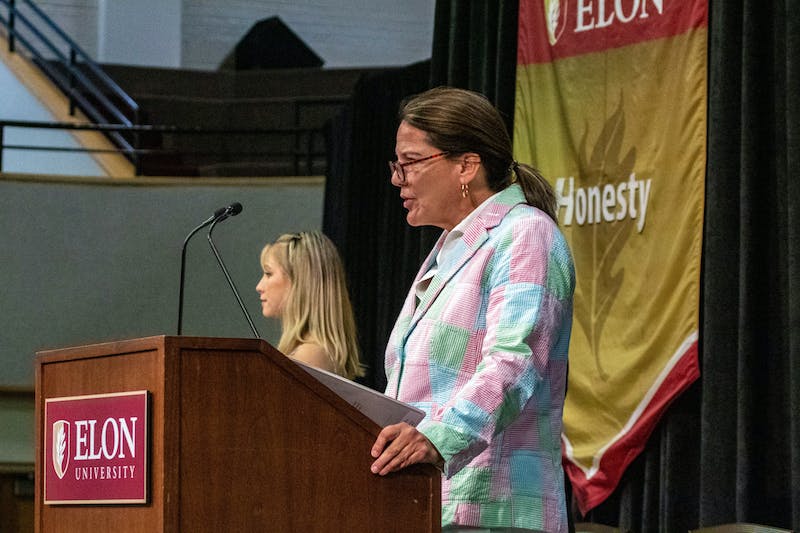 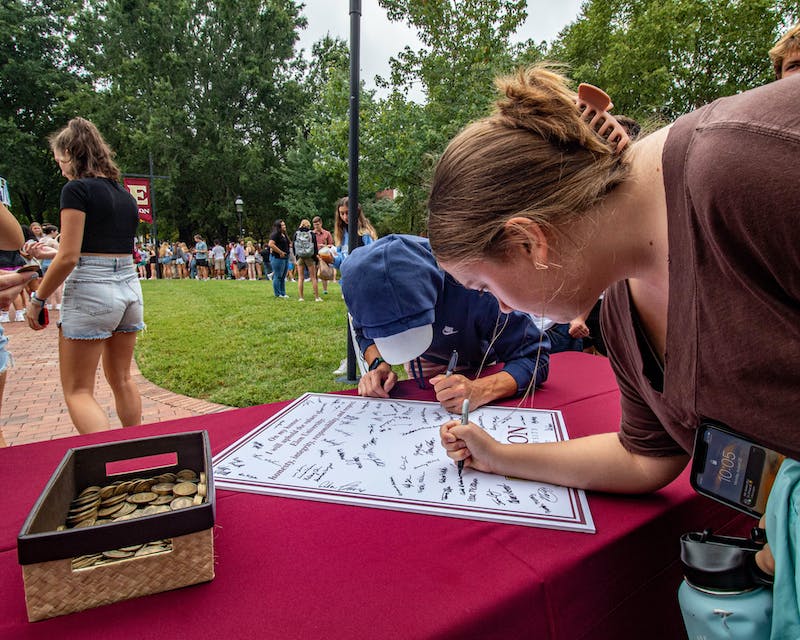 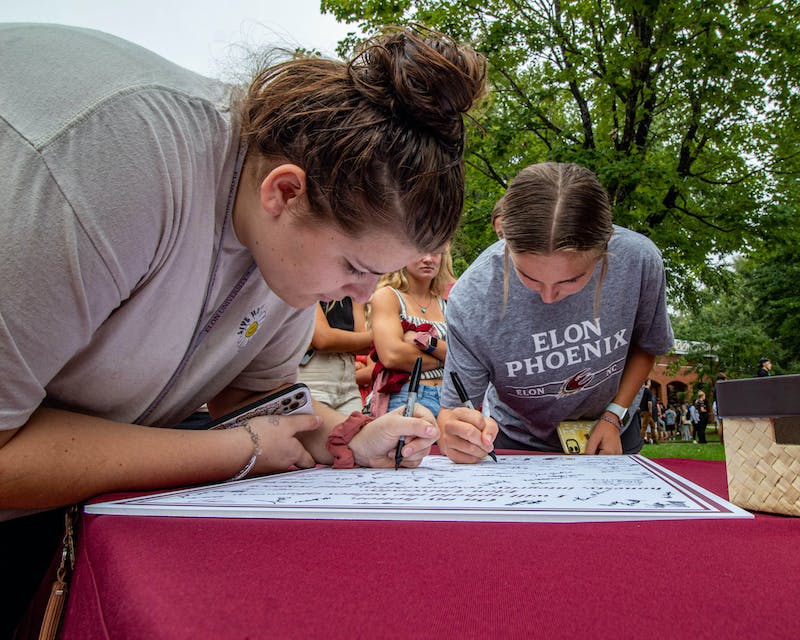 Updated as of Aug. 22 at 4:04 p.m. to include additional information from a university spokesperson.

The class of 2026 gathered in Alumni Gym Aug. 22 for the annual Call to Honor ceremony, where it reflected on the four pillars of Elon University’s honor code — honesty, integrity, responsibility and respect.

Each class at Elon represents one of these values, and this year's freshman class represents respect, according to Student Body President Nadine Jose.

“Every year, each class at Elon represents one of the four pillars of our honor code. Together they serve as a reminder that our entire community is unified under one honor code working together to support the values of our community,” Jose said.

Jose, Elon junior and honor board member Chase Gurey and University President Connie Book welcomed the new class and spoke about the importance of upholding the Elon honor code principles, which Book described as “gifts.”

“Elon will do its part to challenge you to grow intellectually, socially and spiritually,” she said.

Book encouraged the freshman class to join the faculty and staff in the daily practice of these principles.

Jose said she believes having the honor code ceremony and taking pride in the four pillars of the code makes Elon special.

“Fundamental to a lot of the interactions I have had at Elon is respect and understanding that everyone here is a little different, and that is OK, and that is a foundation for community,” Jose said.

Freshman Sam Olt said the ceremony resonated with him, and he recognizes the importance of community morals.

“I plan on being respectful to everyone I meet,” Olt said. “I plan on taking responsibility for what I do, and as a performing arts major, everything I put out there on the stage.”

Immediately following the ceremony, freshmen were presented with a coin engraved with the word honor and were encouraged to sign the honor boards on Young Commons.

University spokesman Owen Covington told Elon News Network during the past three years, there have been a combined 361 reports of academic violations of the Honor Code.

“Not all of those were substantiated or resulted in action being taken against a student,” Covington said. “Hopefully that helps offer some perspective.”