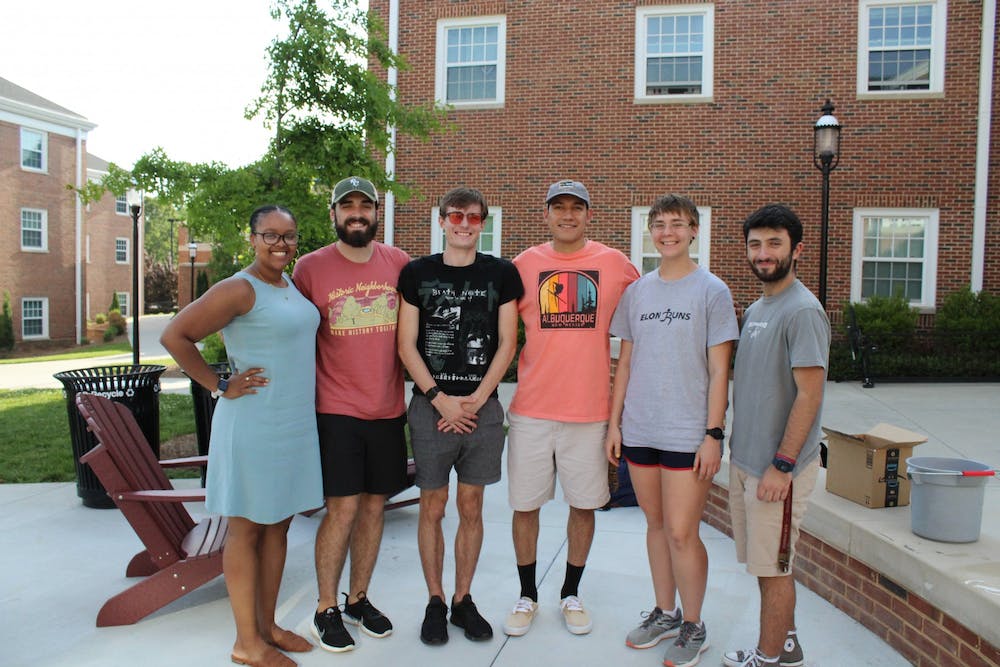 As the academic year comes to a close, students are looking for ways to distress in the midst of finals. The East Neighborhood hosted ‘School Socks,’ an event filled with music and games, to benefit Allied Churches of Alamance County and give students a space to step away from studying.

According to their website, the goal of ACAC is to provide housing to homeless people, along with feeding those who are in need. People can make donations to the ACAC by using this link or by dropping them off at 206 N Fisher Street in Burlington.

‘School Socks’ is a community event that has been going on in the East Neighborhood ever since the three residence halls were built. The theme of the neighborhood is civic engagement and social innovation, and part of their mission is to conduct various forms of community service throughout the year.

Community Director for both the East and Historic neighborhoods, Jordan Buie, said that all of the socks are being donated to the Alamance County community.

“It’s a very casual event because we know that it’s the end of the semester and students don’t have much energy in them,” Buie said. “If they can drop off some socks, get a popsicle, and go about their day, it’s quick and easy community service.”

Buie, along with resident assistants in the East Neighborhood, sat outside Tuesday evening, offering popsicles to any student who was kind enough to donate.

Freshman and East Neighborhood resident Jack Kennedy stopped by during the event.

“I’m obviously sad because school’s coming to an end, but for the most part I don’t feel too stressed,” Kennedy said. “The popsicle is a great way to get some of the stress away.”