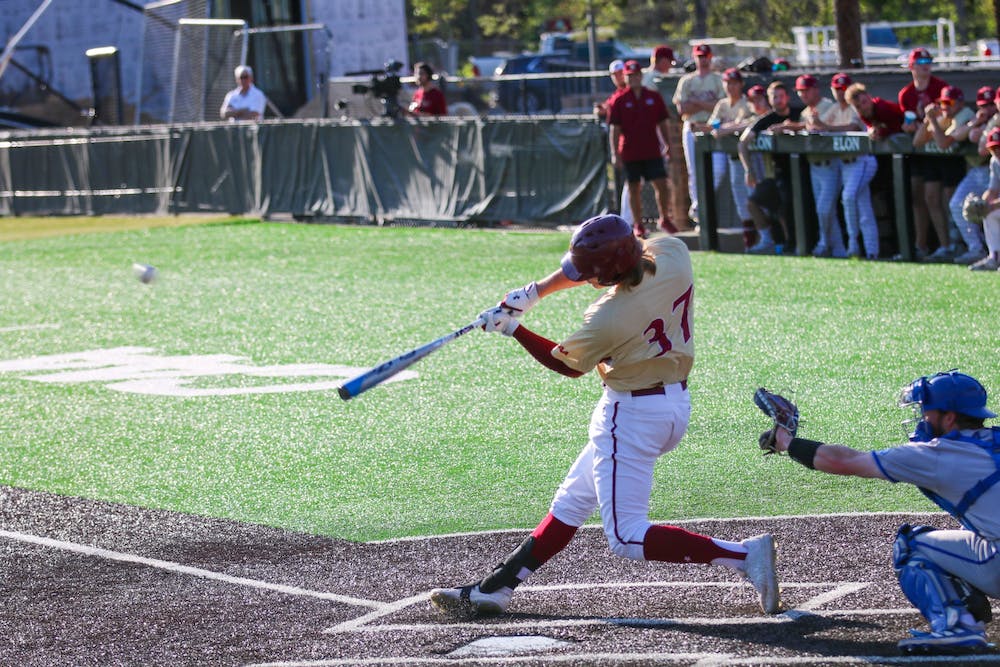 Two pitches into the game, Elon had a one-run lead. Sophomore center fielder Justin Cassella reached second base on an error by the William & Mary third baseman Cole Ragone. Freshman left fielder Charlie Granatell followed up with a single to score Cassella.

With two outs in the third inning, redshirt sophomore right fielder Alex Iadisernia earned a walk. Redshirt junior catcher Luke Stephenson followed the walk with a home run, marking his fourth home run in the past seven games. Stephenson now has 13 home runs, which is the most in a season for an Elon hitter since Chris King ‘15 hit 14 in 2015. The home run gave Elon a 3-0 lead.

Elon scored a run in each of the sixth, seventh and eighth innings. The fourth run for Elon came from a home run by sophomore first baseman Cole Reynolds in the sixth. The seventh inning started with redshirt freshman Will Vergantino hitting a single. A sacrifice bunt advanced Vergantino to second, and a fly out to right field advanced him to third. Vergantino scored on a wild pitch to give Elon its fifth run. Reynolds came up to bat in the eighth and hit another home run, doubling his home run total on the season from two to four.

Elon chose freshman pitcher Shea Sprague to start this elimination game. Sprague, who was named CAA Rookie of the Year this week, pitched six scoreless innings going into the seventh. The seventh started with a double by William & Mary, followed by a home run. That marked the end of the outing for Sprague, with redshirt junior Kyle Greenler coming out of the bullpen for the Phoenix. Though Greenler gave up a home run in the eighth, he got a three-inning save to close the win for Elon.

Elon will now wait to find out its next opponent and will play its next game in the loser’s bracket of the double-elimination tournament tomorrow at 11 a.m.