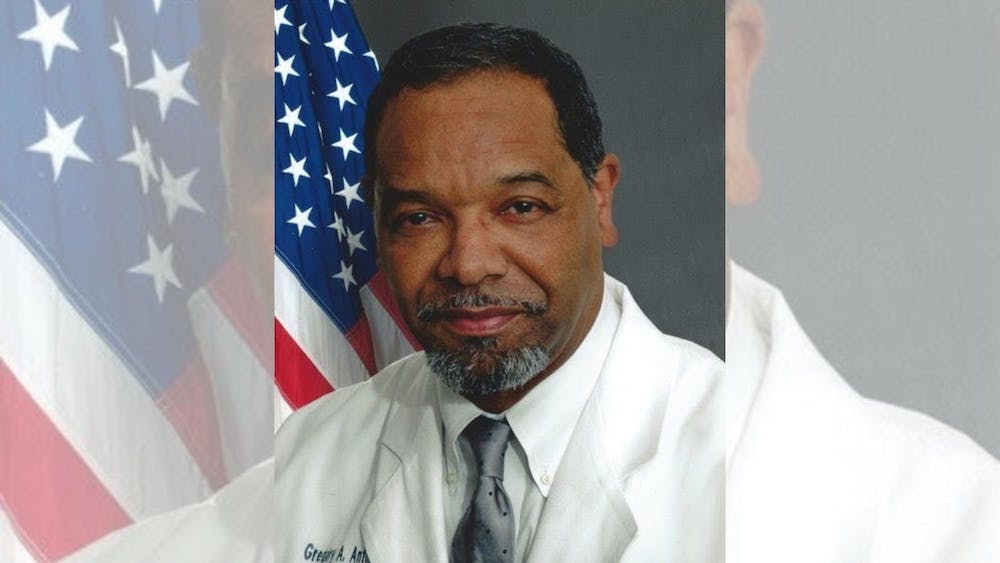 Dr. Gregory Antoine grew up in a military family of seven where his father and uncles served in World War II. Antoine himself spent over 20 years in the military where he served as a naval officer, and he retired from the Army as a colonel.

In addition to his military experience, Antoine said he has always been passionate about education — one of his prominent platform points as he continues his campaign for the U.S. Senate in the upcoming primary elections. In addition, Antoine also said he would focus on diminishing student debt, addressing under-served communities and solidifying voting rights.

“I got upset and angry at the political scene here in the country and decided that I’d put my money where my mouth is and try to see if there was some way I could make a change,” Antoine said.

Specifically coming out of the pandemic, Antoine said he is very passionate about rebuilding and surpassing the country’s current state of education — particularly in North Carolina.

“My mother was a public school teacher for 29 years,” Antoine said. “She believed that every child could do well if given encouragement, the resources and the tools. If we want an excellent product to be turned out of North Carolina public schools, we have to hire excellent teachers and give them excellent resources.”

Antoine holds a medical degree from the State University of New York at Buffalo, a master’s degree in Project and Program Management from Brandeis University, a Master of Public Administration degree from UNC-Chapel Hill and an MBA from University of Tennessee Knoxville. He additionally holds an Executive Certificate in Management and Leadership from the Massachusetts Institute of Technology and a certificate in Negotiation and Dispute Resolution from Harvard Law School.

On top of this, Antoine said he served on faculty at both Case Western Reserve University School of Medicine and the University of Hawaii.

Antoine said he is also focused on changing the nation’s mindset of job qualifications in the workforce. According to Antoine, while the unemployment rate is relatively low in North Carolina, certain jobs such as construction are not seen as valuable as they actually are.

“People have to understand that good jobs don’t necessarily mean that you have to have a college degree or a master’s degree to be employed,” Antoine said. “We’ve got to ensure that people understand that it takes a lot of skill, and technical knowledge and training to operate a 200-foot sky craine.”

Higher wages and lower student debts would also pave the way for more options for students when deciding to enter the workforce, according to Antoine.

“I really want students to be able to come out of college, and whatever else they desire to do, and be able to choose something that they’ll be happy at,” Antoine said. “Not being forced into something because, ‘Hey man, I have all this debt to pay off.’”

In order to further close the gap between different demographics within the U.S., Antoine also said, if elected, he will focus on immigration reform, addressing crime in communities that are underserved and underfunded, solidifying equal voting rights and providing affordable, accessible healthcare options.

“I believe that I have the breadth and depth of the experience that they need,” Antoine said. “North Carolina has the potential to shine from an educational standpoint … I understand all that. That’s why I think I’m the best person.”