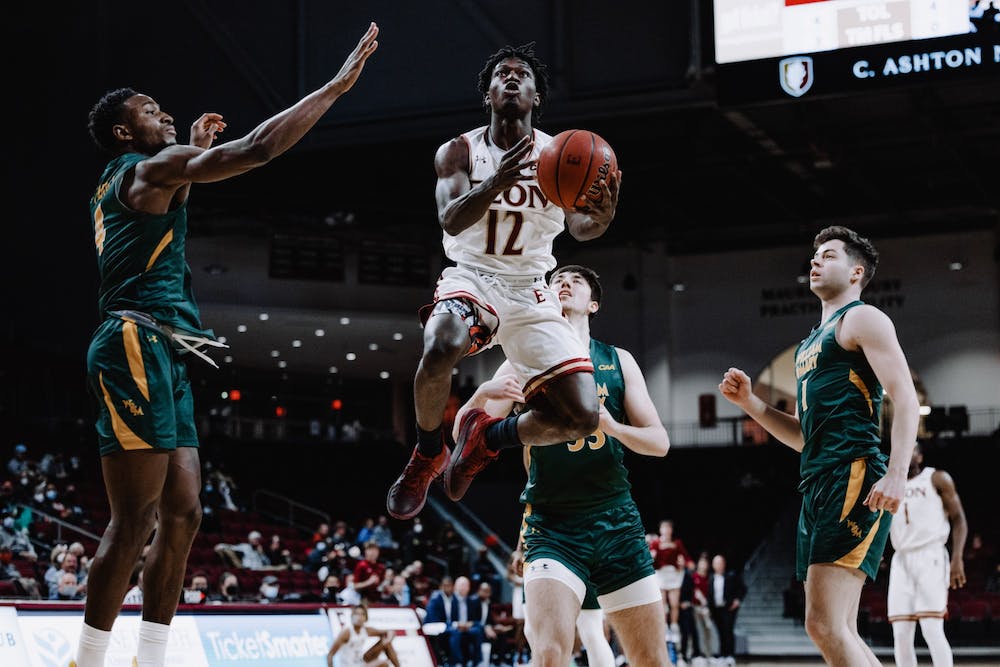 Darius Burford goes up for a layup late in the second hald. The Phoenix would go on to beat William and Mary 61-54 on Thursday night.

Less than a week after entering his name in the transfer portal, former Elon University men’s basketball player and Illinois native Darius Burford has committed to Illinois State University. Members of the Missouri Valley Conference, with teams like Loyola University and Missouri State University, the Redbirds finished eighth of ten in the regular season this year.

Illinois State, similarly to Elon, has also been going through coaching changes, announcing its new head coach last month. According to Verbal Commits, eight of Illinois State’s players from last year have put their names into the transfer portal.

Burford started 31 of Elon’s 32 games last season and averaged a team-high 13.4 points per game. Burford led the team in scoring this season (13.4 points per game), assists (97) and steals (47) and was named to the All-CAA third team.