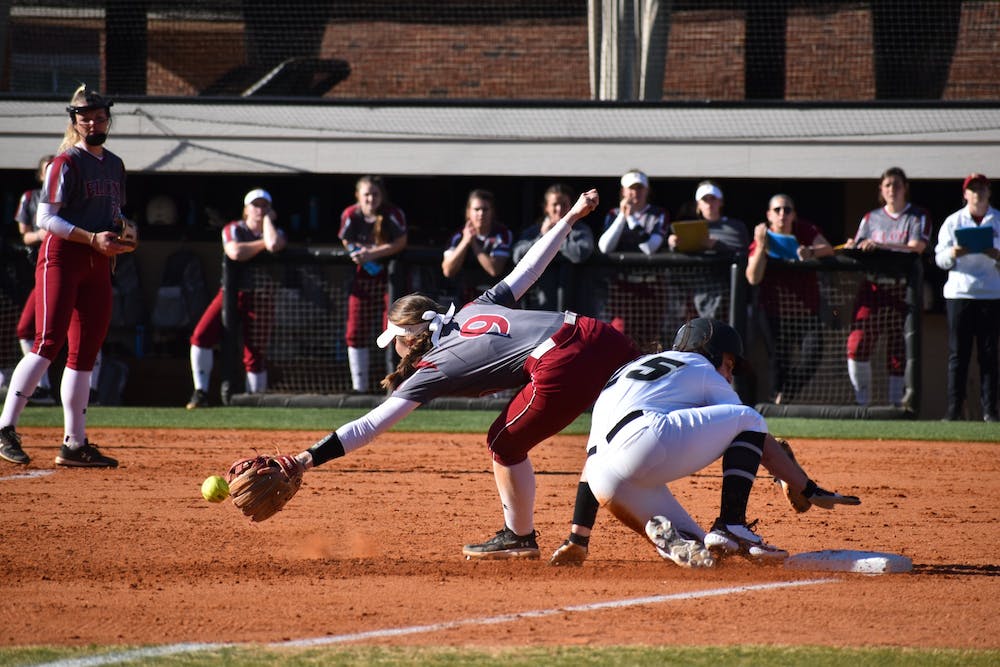 The Elon University softball team split a doubleheader against the Providence College Friars on Feb. 18, losing the first game 8-1 and winning the second game 8-7.

After a slow start for Elon in game one, the bat of junior captain Megan Grant ignited the momentum for the Phoenix in game two.

Hitting three consecutive triples in the first, second and third innings, Grant tied the NCAA record for most triples in a game.

“It was so exciting and I was so surprised and happy,” Grant said.

Grant said the difference between games one and two for Elon was the team’s aggression at the plate.

“It's all about that attack mindset when going up to the plate, and attacking pitches was key for us today,” Grant said.

Head coach Kathy Bocock credited the Phoenix’s ability to bounce back and start off strong in game two to the leadership of the team’s captains.

“There was definitely an adrenaline shift between our first and second games,” Bocock said. “Our captains did a great job of getting energy up and leading the team, especially because we have so many freshmen on our roster. We were able to start off much stronger in game two.”

Other notable performances through the doubleheader came from sophomore third baseman Gabi Schaal, who made multiple diving plays at third base and scored the game winning single in the bottom of the seventh inning of game two, and senior outfielder Rebecca Murray, who had four hits and a home run across both games.

The Phoenix will be back at Hunt Park for a doubleheader against the University of Massachusetts Lowell.