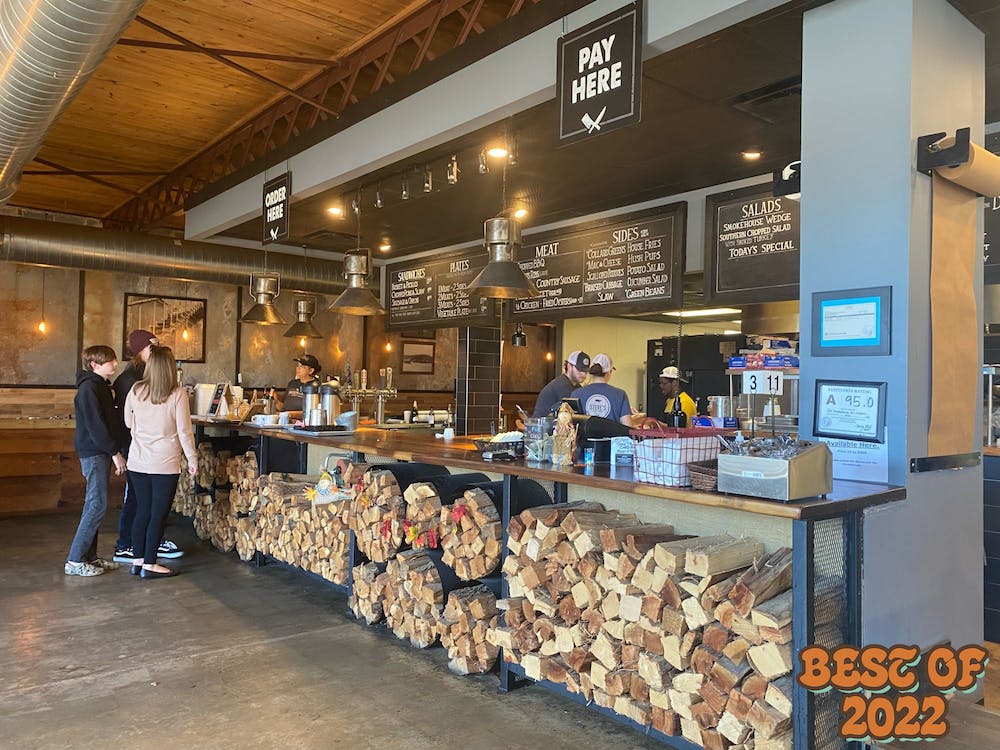 Photo by Haley Phelps | Elon News Network
The smokehouse was built as an extension of Steve’s Garden Market, a grocery store that has been in existence since the late 1960s.

The smokehouse was built as an extension of Steve’s Garden Market, a grocery store that has been in existence since the late 1960s. Benton said some of their workers and customers have been coming for nearly 40 years, creating a family atmosphere.

Further supporting their community, the store and smokehouse provide an outlet for local artisans and farmers to sell their goods.

The meat is lightly seasoned and chopped with salt, apple cider vinegar and Texas Pete, and cooked in a wood fire with hickory and oak giving it its signature flavor, according to Benton.

The barbeque is cooked “very traditionally using as few ingredients as possible,” Benton said. “We let the meat speak for itself.”

All of their sauces are made in house, according to Benton.  Freshman Ariana Galloway said she enjoys the restaurant’s sauces because of their sweet taste.

“It was really tasteful, it made you want to lick your lips afterward,” Galloway said.

Benton said his favorite item on the menu is their brisket and the company loves partnering with Elon University for events, such as dining hall takeovers.