Housing process for students can be difficult for those without social, on-campus connections 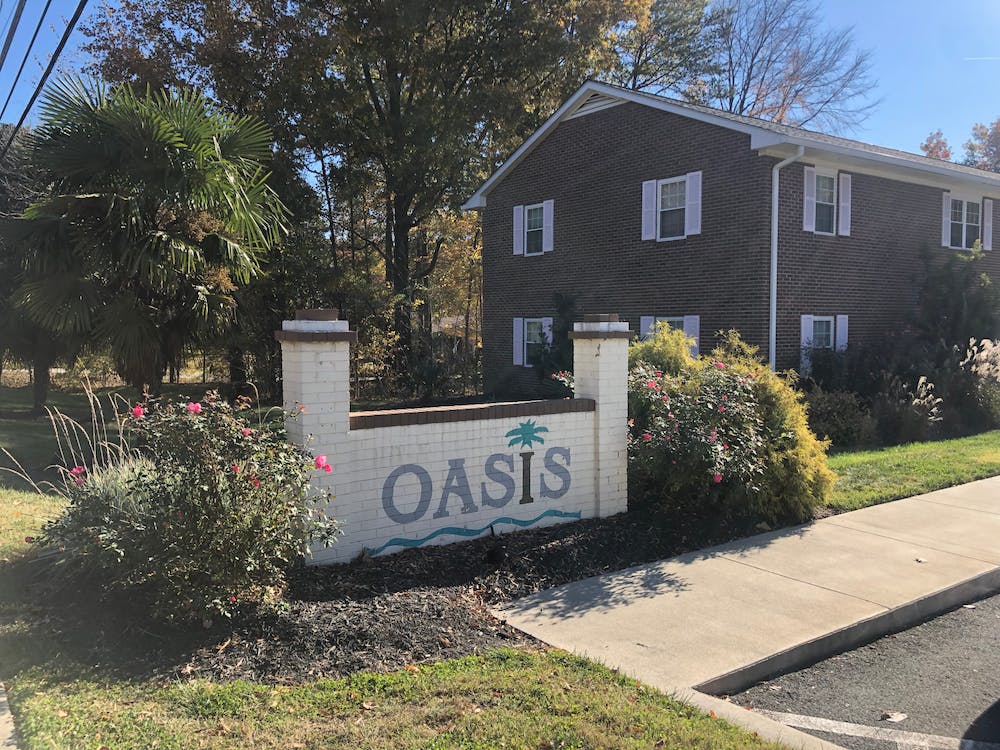 Photo by Greta Cunningham | Elon News Network
Oasis Apartments is one of the off-campus housing locations managed by NCR Management. All of the apartments at Oasis are already full for next year.

Sophomore Jacob Trumbo didn’t know where he would be living next year until recently. After debating whether or not to live off campus and searching for housing options, he was able to find a place through his involvement in club baseball.

NCR Management, a property management company in Burlington, oversees many of the off-campus housing locations for Elon students — including Elon Place, Oasis Apartments, West Pointe Apartments, Emerald Court and Diamond Square Apartments, as well as 22 listed off-campus houses. While they offer many options, the renewal period is early than some students start looking. In a statement to Elon News Network, Jay Alt, a property manager from NCR Management, said the company reported that every house and 95% of apartments they manage were passed down by students last year.

Sophomore Lauren Hanchar said she didn’t know when renewal lease dates began or when to start looking for off-campus housing.

“I had no idea when I should start looking for housing, and by the time I did, some leasing periods were already up,” Hanchar said.

NCR's student houses, Oasis Apartments and Elon Place typically have a renewal period between Sept. 15 and Oct. 15, according to Alt. Though this year, Elon Place renewals have been slightly delayed. Current residents can either renew their lease or pass down their spot to someone else within this time period. According to NCR, Oasis Apartments have already been filled for the 2022-23 school year and there are currently only four houses available.

Alt said that housing proximity to campus is also a major factor in the demand of a given property or unit.

“The closer houses are to campus, the more often they are passed down or renewed,” Alt said.

Down the road from Oasis Apartments, University Pointe and Victoria Station also face the same renewal patterns —  approximately 50% of apartments are passed down, according to landlord Jane Overman. She said that half of those available apartments are typically filled by referrals from residents and are almost always filled by the end of December.

Many off campus units are passed down through greek life, sports teams and other organizations. Hanchar said being in a sorority has opened up more housing options for her, though she does not have a housing plan for the following year yet.

“Greek life has given me connections to upperclassmen that some of my unaffiliated friends don't have,” Hanchar said. “I'm not as worried about finding a housing situation as I think I would be."

And for students who do choose to live on campus, there are still options — though they are limited. According to Shauna Zaupan, assistant director for housing operations, “passing down” of apartments is not a recognized housing policy of Elon Residence Life.

Though cost is a part of choosing to live off-campus for some students, sophomore and current Oaks apartment resident Vivian Krause said independence is also a reason.

“Cost definitely isn’t the only reason I am moving off campus, but it is a factor,” Krause said. “It is hard for me to justify paying so much when I know there are cheaper options off-campus where I would have more freedom.”