Warren Daye, an employee of Elon University and veteran of the Air Force, shares his personal story and experiences 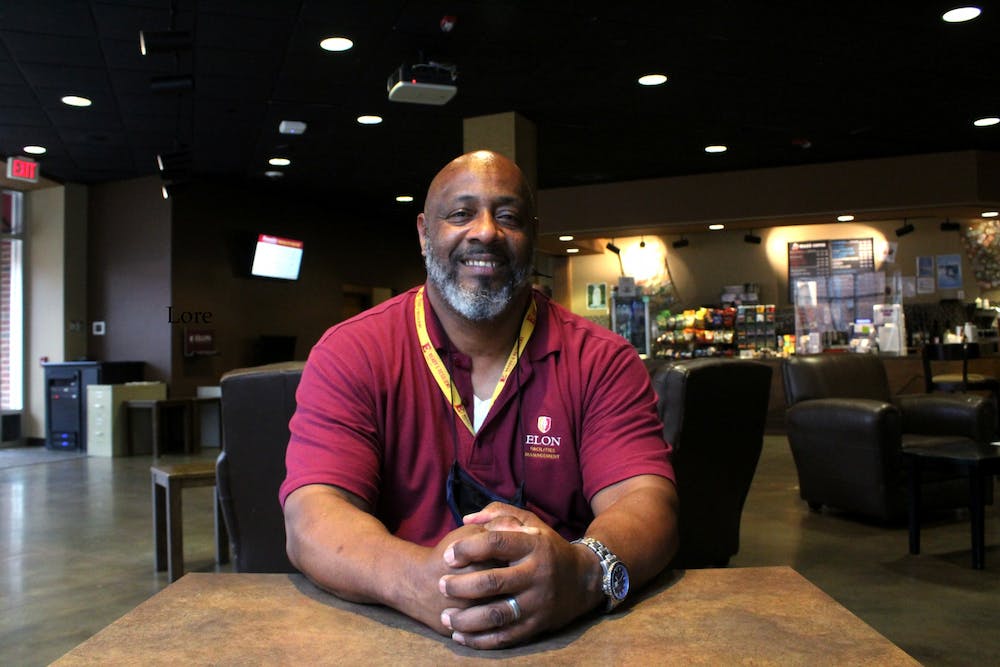 Warren Daye went from securing nuclear weapons in Minote Air Force Base, North Dakota to serving in Diyarbakır Turkey, to finally settling in Burlington, North Carolina. He begins his day at 5 a.m. driving around Alamance-Burlington School System to fulfill submitted work orders. He then travels to Elon University to begin his shift as a floor technician at 4 p.m., where he will stay on campus until 10 p.m.

In addition to being an Elon and Alamance-Burlington School System employee, Daye is a father of two, a North Carolina native and an Air Force veteran.

With Veterans Day recognized on Thursday, Nov. 11, Daye will continue to reflect on his service in the Air Force and work within the Elon community.

Veterans Day, or originally Armistice Day, was first celebrated on November 11, 1919, a year after the end of World War I. In 1938, Veterans Day was made a national holiday by congress. The day is meant to tribute those who gave their lives while serving as well as to thank living service members. To celebrate, Daye will be taking the day off from work.

Daye joined the Air Force in 1981 after graduating from Williams High School in Burlington, North Carolina. He would serve within the Air Force for the next 20 years until his retirement in 2001. Having a “wild streak” when he was younger, Daye said the discipline and structure in school and in the Air Force helped him.

“It kept me off the streets,” Daye said. “If you don’t have something to occupy your time, you know, these streets will get you.”

According to Daye, he forged many meaningful relationships while in the Air Force. He spent the majority of his service at Pope Air Force Base in Fayetteville, North Carolina — which also happens to be the place where Daye said he made the most friendships.

With the aid of social media, Daye is able to keep up with the friends he made while serving, and they have been reuniting for three years. At these reunions, Daye said people share their old war stories, reminisce on the times they have shared together and check-in on one another. The sense of brotherhood he gained from the military was the greatest part about serving, Daye said.

“You never know the impact that you had on them until, normally, it’s long gone,” Daye said. “Later on, they come back and say, ‘Hey man, you know I appreciate the way you carried yourself, the things you did in situations.’”

Kimberly Stapleton, assistant director of financial aid and Veterans’ Affairs certifying official, acts as a liaison between the VA and students with active duty or veteran parents at Elon University to ensure they receive financial benefits.

“It is an honor to serve our Veterans and military families on campus,” Stapleton wrote in a statement to Elon News Network. “This is my way of giving back to them after the incredible sacrifices they have made for our country.”

Stapleton, who comes from an extensive military family, cited her close relationship with her cousin, who served as a Marine, as what gave her a significant understanding of military service and thus makes her work more meaningful to her.

Having familial experience, Stapleton can attest to the work ethic of past and present military members.

“[They are] positioned for success due to their experiences, training, work ethic, and steadfast commitment,” Stapleton wrote.

Daye said he prides himself on his worth ethic and goal-oriented mindset.

“I don’t like half-way doing anything, I’m like, if I gotta do it, I wanna do it right because my name is on it,” Daye said. “If you don’t go somewhere and try to make it better when you leave than it was when you got there, then you’ve been pretty much, I think, insignificant.”

Daye attributes his strong and perfection-seeking work ethic to his time in the military and said military or not, students might find success following a similar structure.

“If you do something that you like, then you’ll never work a day in your life,” Daye said. “It might not look important to you, right now, what it is that you are doing, but when you finally incorporate it into the big picture, then it is important.”