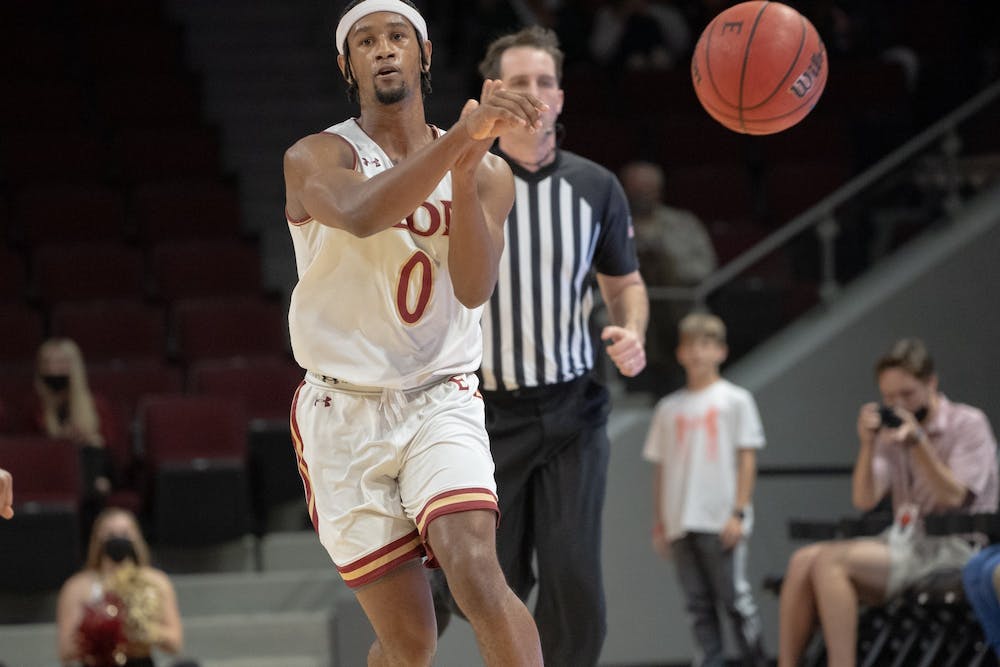 The Elon University men’s basketball team came away from its 2021 home opener with its first win of the season, as the Phoenix defeated the Randolph College WildCats in an impressive offensive display, 107-62.

After a season in front of ‘fans’ made out of cardboard due to COVID-19 protocols, the Phoenix began the game with a pair of three-pointers from junior guard Zac Ervin to get the in-person home crowd on its feet.

“It was unreal,” Ervin said. “I’m very thankful for those people that came out. Just the fact that they came out and supported us means a lot.”

The WildCats tried to close the gap in the first half’s final minutes, led by a 20 point first-half performance from sophomore guard Jordan Phillips-McLoyd. Ultimately, the Phoenix’s dominant play on both sides of the ball was too much for the WildCats, as Elon went into the locker room with a 13 point halftime lead, 49-36.

The Phoenix began the second half on a 14-4 run capped off by an impressive block by sophomore guard Darius Burford, leading to a dunk by senior guard Torrence Watson that made the home crowd in Schar Center erupt.

The rest of the contest saw the Phoenix dominate offensively, as the team shot 59% from the field and made a program-high 20 three-pointers, outscoring the WildCats 58-26 in the second half.

“Everybody on our team is confident in taking our shots,” Ervin said. “If they’re going to give us those looks, Coach is always in our ears; stay confident.”

“It was a lot of fun out there just buying in with my teammates,” Wooten said. “Taking that first step to try and have a winning season this year.”

The Phoenix return to action on Sunday, Nov. 14 at home against the Bluefield University Rams, an NAIA Division I opponent.