The pool, closed since summer 2019 because of COVID-19, reopened to apartment residents again 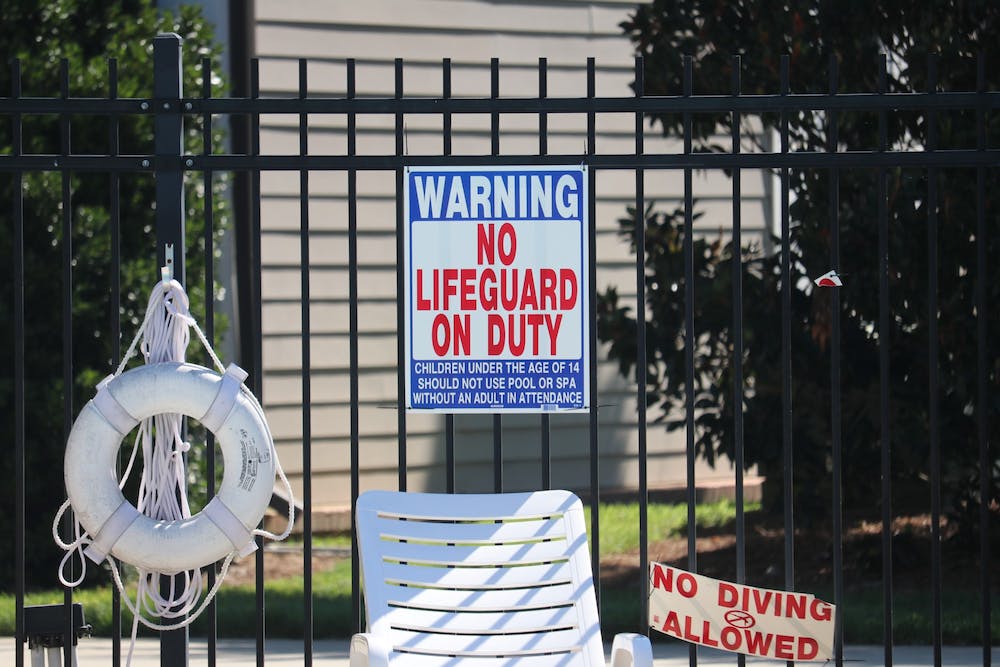 Photo by Ellis Chandler | Elon News Network
The Station at Mill Point pool is facing inconsistent hours due to a change in management and a shortage of staff.

The Station at Mill Point pool is facing inconsistent hours due to a change in management and a shortage of staff.

Director of Campus Recreation and Wellness Larry Mellinger said the pool is in full operation and hasn’t been since summer 2019. The pool reopened in June after pandemic restrictions loosened.

The pool is staffed by pool operations RecWell staff and not lifeguards. Before the pandemic, Residence Life was primarily responsible for the pool with RecWell being a more supportive role but the two organizations recently switched places. This is RecWell’s first season operating the pool as the primary manager.

“Part of that is us learning what long-term operations of a space look like,” Mellinger said.

Earlier this summer the pool faced a chlorine shortage but Mellinger said they noticed it early on and ordered enough to get through the rest of the season.

“If we close it won’t be because we don’t have chlorine,” Mellinger said.

Station at Mill Point residents expressed concern with the hours of operation. Elon junior Jack Minkowitz is living in the Mill Point neighborhood for the first time this year and said he’s only been to the pool once since moving there in early August. He wishes he could go more often but is frustrated with the early closing time and he’d even be willing to swim at his own risk.

“I’m more than willing to sign a waiver that says if any injury happens to me the school is not responsible,” Minkowitz said.

But the hours of operation have been the same since it first opened in 2012. Mellinger said the benefit to managing a seasonal pool is that it closes at the end of this month and they have until May to decide what changes can or should be made.

“We’re going to look at usage numbers and what the need is out there and reassess for next season,” Mellinger said.

Mellinger said usage is the biggest indicator for setting hours of operation. Part of the continued partnership with Residence Life is getting residents involved in the decision making process, which Mellinger said there may be opportunities for once the season is over.

Elon junior Jack Mullin also arrived in early August and said he didn’t have any issues with the pool at first because he thought it would change as more residents moved in. He said the neighborhood began speaking up about the limited hours toward the beginning of the academic year.

“We’re paying the same amount of money, essentially, that people from years past are paying as well and they are getting more access to facilities than we are allowed,” Mullin said.

Mullin said he’s not angry about the hours but it would be nice to have more. He understands there may be factors that cause the limited hours, but finding a way to extend the hours for everyone or refunding a portion of residents’ rent are both possible solutions he sees for the problem.

“There’s probably reasons people don’t have the pool open, I don’t think it’s people being jerks or anything or trying to take this away from us,” Mullin said.

Residents in the Station at Mill Point currently pay $838 per resident per month which includes the use of the pool. Only residents have swipe access to the pool, it is not open to the rest of campus.