Live shows return with the reopening of Paramount Theater 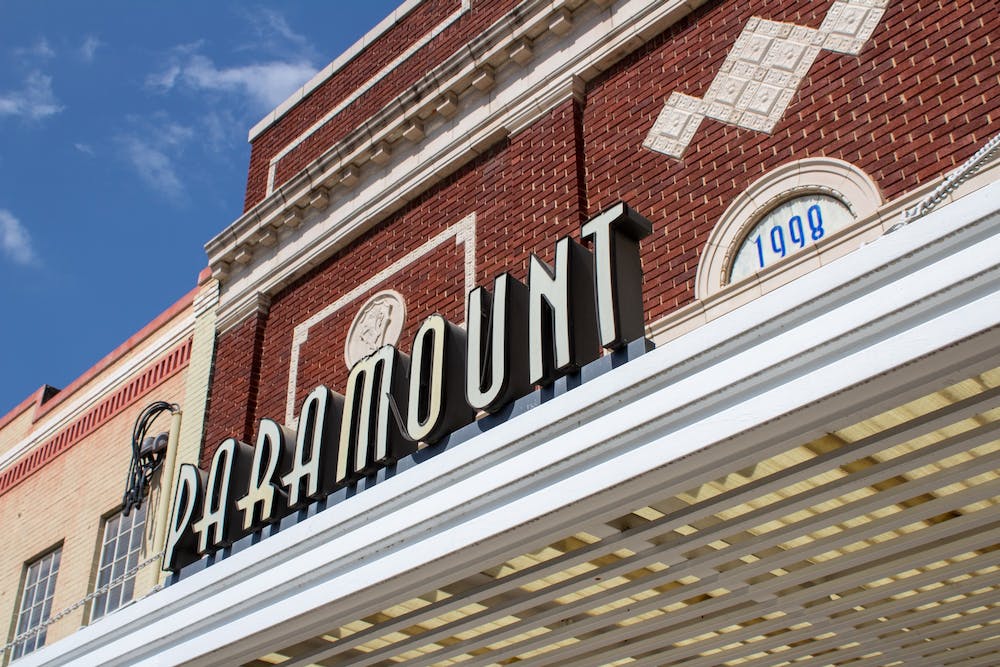 Photo by Laney Daniels | Elon News Network
The Paramount Theater in downtown Burlington has reopened and plans to have a fully scheduled season, starting with Cinderella running Sept. 17 to Sept. 26.

For Ashley Phipps, director of the Gallery Players production of “Cinderella,” the experience of watching actors come together, creating bonds and being a part of a creative process has been the most exciting aspect of returning to live theater.

“I think we’ve taken it for granted,” Phipps said. “For these community theater folks, this is their happy place. This is where they go to decompress, have fun and create something that’s meaningful to them and can give back to their community.”

After nearly 18 months of being closed to the public, Burlington’s performing arts and multipurpose center the Paramount Theater has officially reopened.

The Gallery Players, a community theater group based in Burlington, will kick off the Paramount Theater’s upcoming theatrical season with the musical adaptation of “Cinderella,” running Sept. 17 through Sept. 26.

The show, which was originally set to debut in 2020, will be the first live theater experience for some members of the cast and crew after previous COVID-19 restrictions.

“The actors are just happy to be back in it,” Phipps said. “But it’s a little overwhelming. It’s been a year and half since we’ve tackled something of this magnitude. We’ve forgotten how many moving parts go into a production, especially this one.”

The show will include lots of “theater magic” according to Phipps, including large scale set pieces, elaborate costumes and lively musical numbers.

David Wright, managing director of the Paramount Theater, said the theater’s 2021-22 season is set to go as planned with performances by community groups and organizations including the Paramount Acting Company, Alamance Children’s Theatre and The Gallery Players.

“It’s gonna be a pretty darn good season,” Wright said. “We are bringing back our most popular musical ‘Always... Patsy Cline’ and during the pandemic I’ve written four new plays that will be original world premier plays.”

In addition to the excitement from creatives working on and off the stage, both Phipps and Wright attest to the joy audiences have to see live theater making a return.

“It’s gratifying to see the concern folks have,” Wright said. “I can’t go anywhere without people asking ‘how is the theater doing, when are you going to open, when can we see shows again?’”

Wright said he is thankful for the city of Burlington’s support through guidance from their COVID-19 committee ensuring both “the interest of the theater balanced with the interest and safety of the community.

All attending the performance, regardless of vaccination status, are required to wear a mask except for performers actively talking, singing or dancing on stage. Additional social distancing protocols and capacity levels for the theater are still being decided by the City of Burlington COVID-19 committee. In addition to routine cleanings, the entire facility is sanitized before each performance.