OPINION: Australians have ended mass killings, so why can’t Americans?

In the continuing debate over how to stop mass killings in the United States, Australia has become a familiar touchstone 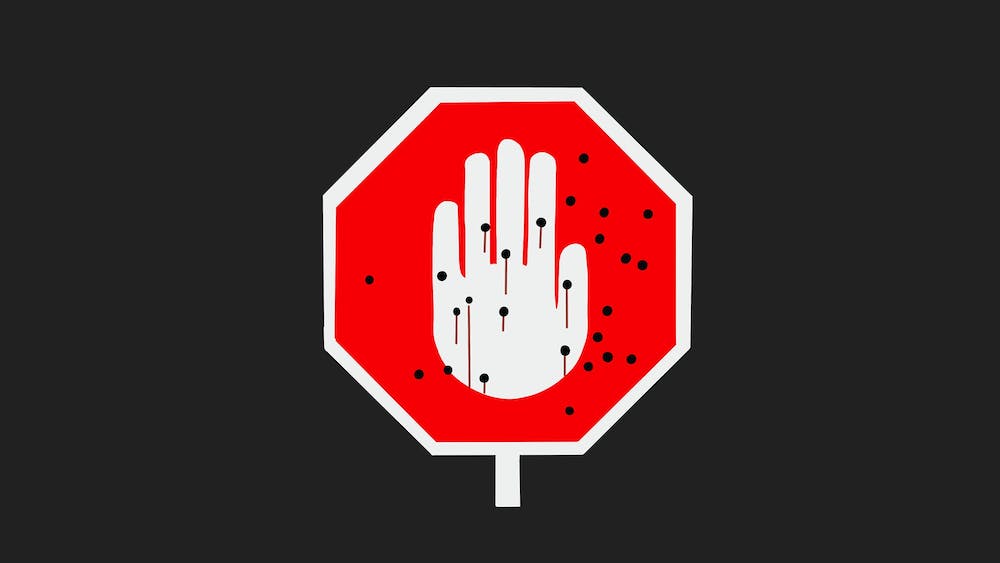 Photo by Caroline Bunder | Elon News Network
In the continuing debate over how to stop mass killings in the United States, Australia has become a familiar touchstone.

April 2021 saw a surge of mass shootings across the United States — 52, to be exact — though that number comprises only 30% of the 178 total mass shootings that have occurred in 2021 thus far. Who can keep count anymore of the mass shootings in this country?

No one, of course, could forget Sandy Hook, the elementary school in Connecticut where 20 small children and six teachers were mowed down with an assault-style rifle in 2012. Or Virginia Tech, where 33 were killed. Or Las Vegas in 2017. That one claimed 61. Or Aurora, Colorado — twice. Or Parkland, Florida. Or Orlando.

Mass shootings have become so numerous, so routine, in the United States that they often are forgotten days later, when they are supplanted in the news cycle by the next gunman and his victims. The ritualistic call for “thoughts and prayers” grows more empty, more hollow.

Thoughts and prayers —– but never action.

Now and then, though, one hears calls for an Australian-style response. Australia rounded up all but a few of its guns 22 years ago. Why can’t the United States?

Indeed, Australia, my home country, did introduced a comprehensive gun control regimen after the Port Arthur massacre in Tasmania in 1996. Since then, mass shootings in Australia have since dropped to almost zero.

Many consider Australia’s the most effective gun control system in the world. The Australian model, though, doesn’t neatly apply to the United States. Here’s why: We Australians have a profoundly different relationship with weapons. Americans love their guns. We’re afraid of them.

This difference explains why, between 1996 and 1997, our government – led by a Conservative prime minister — was able to confiscate some 650,000 privately-owned firearms and ban semiautomatic weapons without a single reported act of violence. Not only that, but 28-day waiting periods were introduced for firearm purchases. All gun buyers were required to have a legitimate reason to qualify for a license. A national gun registry was created.

Australians, on the whole, were happy to hand over their guns and accept the new restrictions. We understood that semiautomatic guns, which reload themselves each time they are fired, exponentially increase exponentially the lethality of a firearm. No mass raid movement existed to articulate an opposing view. The sport-shooting organizations, which might have fought the changes, were apolitical. The elected representatives of rural communities where guns were most common were co-opted by the government’s urban-dominated leadership and used only for legitimatized purposes.

When explaining how Australia accomplished such a big change so quickly, analysts and commentators note the traumatic effect of what is known as the Port Arthur Massacre, in which 35 people were shot dead in and near a historic township in Tasmania. But deeper historical reasons of both countries, such as revolutions, explain why worse mass killings in the United States don’t trigger similar changes in gun laws.

Australians’ and Americans’ different relationships with firearms stems from the role that armed struggle played in their histories. Both sides of the modern gun debate in America tend to neglect some parts of history that may not fit their traditional narratives.

The Ku Klux Klan, Ronald Reagan, and, for most of its history, the National Rifle Association all worked to control guns. Most states and municipalities had militias, and most people in the late 1700s owned guns for hunting and safety. And no group has more fiercely advocated the right to bear loaded weapons in public than the Black Panthers – the true pioneers of the modern pro-gun movement – in the turbulent 60s. In the battle over gun rights in America, both sides have distorted history and the law, and there is no reason to expect that to change.

It is different in Australia. We never had a revolution; we never fought foreign troops on our soil; there was no antipodean civil war. From the moment James Cook’s HMS Endeavor arrived in Botany Bay in 1788 in Sydney, security was provided through the British Army. The indigenous population was displaced by force of arms, disease and appropriation of land, crimes for which many Australians still feel guilty. Prosperity, universal health care and unemployment benefits helped suppress crime. The few race riots that occurred did not involve shooting. Australia’s founders unified six colonies without mentioning guns in the Constitution. They were not worried about government oppression.

Over time, we Australians have come to view firearms with suspicion. Most Australians have never held one, myself included. Recreational shooting is regarded as a fringe sport. Unlike some Americans, who might proudly show off their latest pistol or rifle, Australians who own and enjoy using firearms, attempt to be discreet. This ingrown cultural wariness toward firearms explains why there was no fear and only isolated anger at the government, even among owners, when it took away peoples’ guns in 1996.

In the United States, even if political opposition could be overcome, such widespread appropriation of private property and limits on personal liberties would be met with fierce, even physical, resistance.

Australian political leaders are rightly proud of our tight gun laws, which have additionally reduced criminal homicides and suicides. Even so, Australia’s sharp shift in direction presents a contrast that should give Americans much pause, if not shame. But the politics and the cultures of two countries, seemingly so similar are starkly different. Australia deserves to be seen as a model, but it would be naïve to think the United States could emulate it. And that, for Americans, is the great pity.