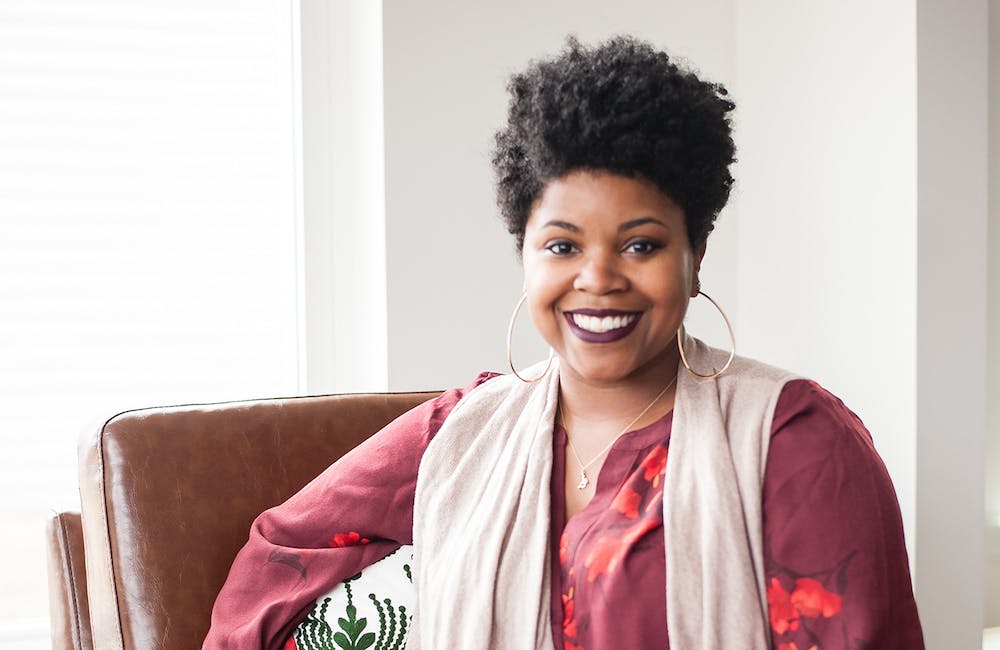 Nyote Calixte knew by the age of 10 she wanted to become a doctor. It was the obvious choice — growing up, the Elon University professor was fascinated by all things science, and the subject came to her naturally.

As a first-generation college student and Black woman pursuing a career in STEM, Calixte recognized she would be paving her own path to success.

“I wanted to be a doctor ever since I was 10 years old,” Calixte said. “But I didn’t know what that looked like. There was no one in my family who had gone to college, let alone been a physician.”

While minority groups in the United States continue to grow in population, they are vastly underrepresented in the fields of science, technology, engineering, and math. According to the U.S. Department of Education, historically Black colleges and universities graduated 27% of all Black people with bachelor’s degrees in STEM disciplines, despite HBCUs making up only 3% of the nation’s colleges and universities. In 2019, the Education Researcher published findings revealing that Black and Latino students drop their STEM majors at nearly twice the rate of white students.

"I wanted to be a doctor ever since I was 10 years old.But I didn't know what that looked like. There was no one in my family who had gone to college, let alone been a physician."

Mentorship in her chosen field proved invaluable for Calixte, who recognized her passion but struggled to conceptualize her place within a STEM industry. She took her first chemistry class in her sophomore year of high school and, after encountering some difficulties initially, sought after-school help from her teacher.

The teacher, who would quickly become a mentor to Calixte, also served as the adviser for her high school’s Science Olympiad team. One of the first times they met together, Calixte’s teacher showed her around a Science Olympiad meeting.

“They are in there popping popcorn, they were doing Alka-Seltzer boat races and just geeking out, building all this cool stuff,” she said. “I was like, ‘What is going on in here?’”

When her teacher showed her around, Calixte was immediately drawn to the chemistry-based qualitative analysis event in which participants competed to determine the identity of unknown substances.

Calixte said she “fell in love” with qualitative analysis and, by extension, chemistry. By the time she graduated, she had taken two Advanced Placement chemistry courses and placed regionally in the qualitative analysis event, an competition intended for teams of two in which Calixte competed solo.

Upon graduating high school, Calixte attended Xavier University of Louisiana to study chemistry. Xavier, an HBCU in New Orleans, is known for its record rates of Black students who go on to graduate from medical school, and Calixte thrived in the environment.

“I was just mesmerized by all of the Black and brown students who came from all over the country that were just absolutely brilliant,” she said.

While at Xavier, Calixte’s classmates and advisers helped her begin to actualize her STEM passions. The summer before her junior year, she was recommended for an internship conducting research for Procter & Gamble.

“I had a great time,” she said. “As a first-gen kid, this is the most money I’d ever made with the internship. I thought I was balling, you know; corporate-sponsored dinners, pitch competitions and all this kind of stuff. I was like, ‘Man, this is the life.’”

The internship convinced Calixte she wanted an industry job. After graduating from Xavier, she enrolled in Louisiana State University, the country’s top institution in granting doctoral degrees in chemistry to women and minority students.

As an LSU graduate student, Calixte studied analytical chemistry. Her program required students to spend at least one year as a teaching assistant in a lab, and Calixte excelled in the position. She said she found the work “fulfilling,” and by the time she received her doctorate, she had won two excellence in teaching awards.

When it came time for her to enter the workforce, Calixte said she was torn between industry work and academia. Her doctorate program had brought her to North Carolina, and she decided to accept a position at Duke University within their academic advising center.

As director of academic engagement for the natural and quantitative sciences at Duke, she advised hundreds of STEM students yearly, exposing them to various career opportunities and mentoring them on what a career in STEM really looks like.

One thing Calixte said she noticed while advising students of color was a hesitation to explore interests outside of their chosen field.

“They felt like they didn’t have a lot of leeway to explore things that they liked,” Calixte said. “Extracurricular exploration at times was not as high on their list, and I really tried to advise students to do some of that because you never know what it is you’ll gravitate towards.”

“I found that I was really starting to miss chemistry. I knew that the longer that I spent away from teaching chemistry, the harder it was going to be to get back into it,” Calixte said. “My identity as a scientist kind of felt like it was waning.”

After five years at Duke, she decided to return to the classroom full-time and began teaching chemistry at Elon in the fall of 2019.

“It has been a learning curve just kind of getting reacclimated to being back in the classroom, and that is always rife with challenges,” she said. “But the excitement of being back in the discipline is definitely still there.”

Unwilling to abandon her passion for mentoring students, Calixte accepted a position as the faculty adviser for Elon’s new STEM for Black Lives Matter club. STEM for BLM was formed last summer by Elon students and STEM club board members after months of protests nationwide against racial injustice.

One of the things Calixte said drew her to STEM for BLM was its goal of addressing and raising awareness of the disparities that exist within the sciences for students of color.

"It's to say we acknowledge that Black and brown scientists exist, and society's view of what a scientist looks like has been inherently flawed because it excludes people who don't fit a particular phenotype."

“That’s not a posture that says we have all the answers,” Calixte said. “It’s to say we acknowledge that Black and brown scientists exist, and society’s view of what a scientist looks like has been inherently flawed because it excludes people who don’t fit a particular phenotype.”

As an advocate of diversity, equity and inclusion, Calixte objects to the belief that organizations like STEM for BLM initiatives are meant to “guilt white people” and said it is important to acknowledge sociological issues within the natural sciences.

“A lot of people want to take the race conversation out of science,” she said. “What I try to do with DEI work is to kind of re-center back on that goal. This is what science has historically done. These are the repercussions of it. So, how can we as scientists correct that?”

Calixte is the first to admit she doesn’t have a definitive answer to solve the racial disparities inherent in STEM fields. If she did, Calixte said, she would probably be rich. But remembering her own experiences, she hopes to continue mentoring students and slowly dismantle biases present in STEM today.