Gov. Roy Cooper issued a stay-at-home order that requires some businesses to close at 10 p.m. and for bars to stop selling alcohol at 9 p.m. 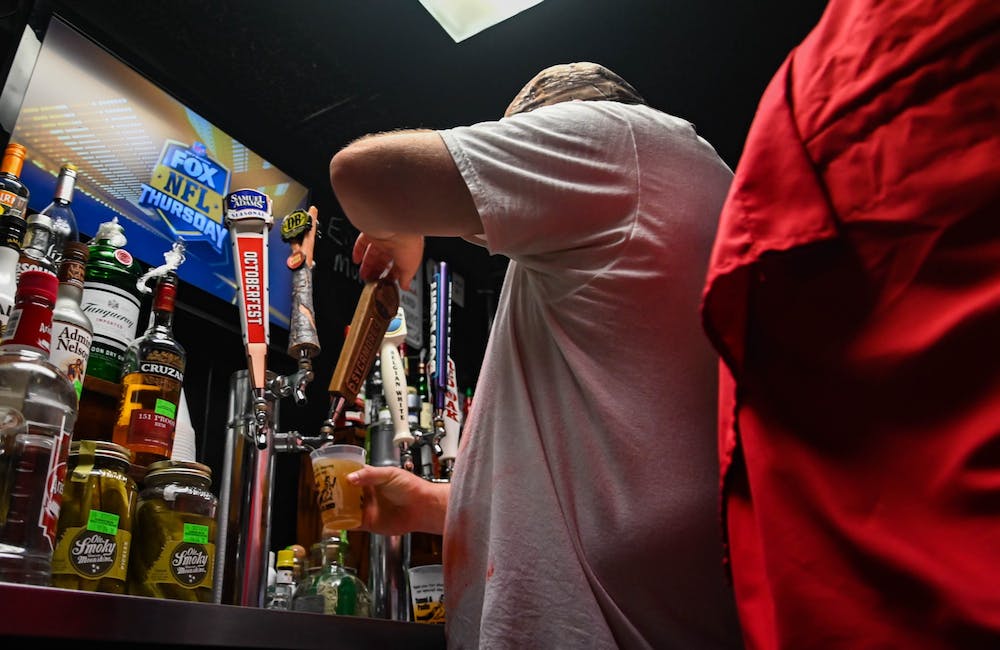 This executive order attempts to slow the increase in cases by placing stricter rules on bar and restaurant operations, and a 10 p.m. curfew for all public social gatherings. Restaurants and bars at that time have to cease in-person dining operations, and will only be available for take-out after that time. The order also directs people to stay at home between 10 p.m. and 5 a.m. with some exceptions.

9 p.m. curfew on the sale of alcohol
10 p.m. restaurants must stop in-person dining

One of the biggest changes for bars specifically has been a 9 p.m. curfew on alcohol sales as well, which local bars worry will negatively affect their business. Capacity levels have remained the same, and bars are only allowed a maximum of 25 people allowed inside, and the outside capacity is limited to 30% of the facility’s stated outdoor capacity, or under 100 people. This capacity limit also applies to non-bar night spots and areas.

Leona Perry, a manager at Paulies Pub and Grill has concern for the coming stay-at-home order, and how it will impact business even more now that students have gone home for the semester.

“When we had students here we were actually allowed to be at 50% of our capacity,” Perry said. “Now everything has turned to pretty much takeout unless people want to be outside in the freezing cold.”

Paulies Pub and Grill is now at a quarter capacity indoors, and is already struggling with slower business as a result of the break. Additionally, according to Gov. Cooper’s executive order, alcoholic beverages cannot be served for on-site consumption indoors at bars, which limits options for their services even further.

General Manager Sammerah Qawasmy from Magerks Pub & Grill said the restaurant is preparing for the impact of the executive order, and wants to “get all their ducks in order” before commenting any further on the order.

In a briefing on Dec. 8, Cooper addressed the complicated nature of the curfew, as they are working towards slowing community spread, but still worry of the economic impact these curfews may have on businesses. Much of the backlash surrounding this executive order has been with the curfew, and the concerns over business hours having to be reduced significantly for many bars and restaurants, especially for alcohol consumption.

“I think it’s pretty clear that the later in the evening you go, the larger some of these gatherings can be at some of these businesses,” Cooper said. “People become more uninhibited and people get closer together and there can be more opportunities to spread the virus.”

The executive order said any violations of the order is subject to prosecution, and is punishable as a Class 2 misdemeanor. Local governments have been encouraged to adopt ordinances to provide law enforcement with the training and resources necessary to enforce this mandate.

"We've had to close some weekdays, and we miss having those days, but it's just hard times and people need to be safe."

Manager at Paulies Pub and Grill

Cooper also clarified that the virus is contagious at all hours of the day, and diligence is required then as well, but he said  late-night hours of operation create bigger gatherings that only spread the virus more. This order hasn’t shut down all businesses completely after 10 p.m., and allows essential businesses such as grocery stores, pharmacies and gas stations to remain open for business.

Cooper acknowledged the hopes for a vaccine right now, but emphasizes that this is an ongoing process, and said people have to stay diligent while waiting for an end. Perry hopes for the same end to come soon, but said it’s a struggle when what she really hopes is for business patrons to stay safe at this time.

“We just keep looking out, seeing what Governor Cooper has in mind, and hopefully he does what's best for all of us local businesses,” Perry said. “We’ve had to close some weekdays, and we miss having those days, but it's just hard times and people need to be safe.”