LGBTQIA students reflect on their identity beyond their labels

Across the spectrum, LGBTQIA students reflect on their intersecting identities 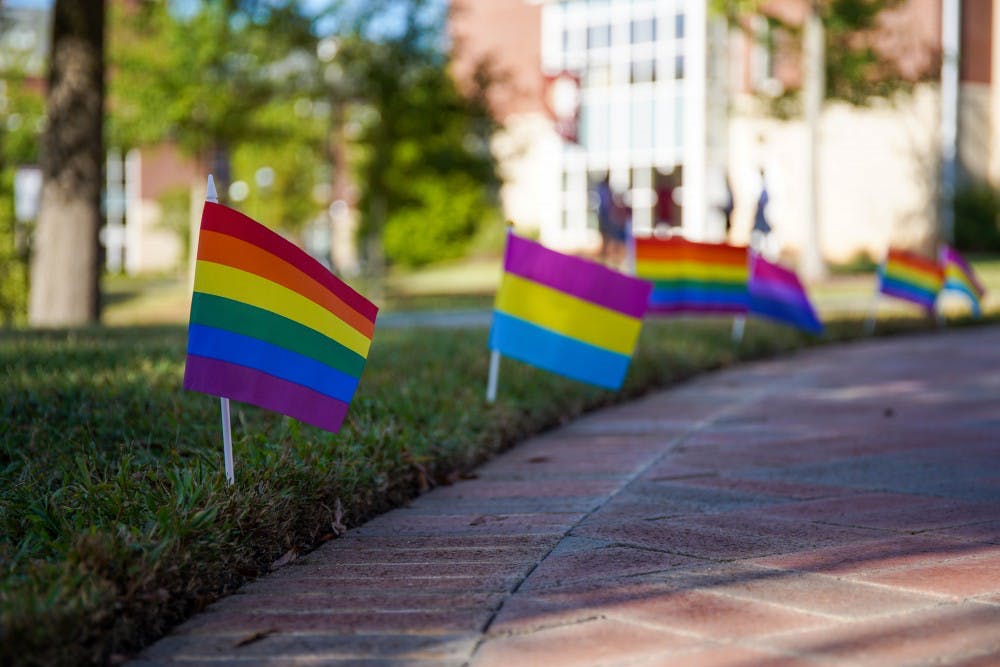 For some members of the LGBTQIA community at Elon, their identities both in and out of the LGBTQIA umbrella are defining facets of who they are. Though no two experiences are the same, many students and faculty share some struggles and some moments of pride.

When Assistant Director of El Centro Dani Pino told his mother he was bisexual, she cried. Not because she did not accept his identity, he said, but because she was worried other people wouldn't.

"I think she was just concerned about how the world was going to treat me because she's seen what people do to gay men," Pino said. "She didn't want me to go through the same kind of treatment that she's seen on the media or what she's heard from growing up in Colombia."

Senior Jubitza Figueroa, who identifies as Latina, said her parents had similar concerns when they found out she was a lesbian.

"They were very focused on the appearance of it all," Figueroa said of her parents' reaction to her cutting her hair in high school, which they saw as her "looking gay."

"A big part of it were them not wanting me to look the part, but another part of it was they wanted me to be as safe as possible," she said.

"I could be Hispanic or I could be LGBT, and I wasn't allowed to be both. And it took awhile for me to realize that that wasn't true and that I can do both, and that's perfectly fine."

Sophomore and chief of communications for Elon Spectrum Ket Cordova said two of his identities "clashed" when his Catholic parents did not think he could be part of both the Latinx and queer communities.

"I could be Hispanic or I could be LGBT, and I wasn't allowed to be both. And it took awhile for me to realize that that wasn't true and that I can do both, and that's perfectly fine," Cordova said, adding that his experience feeling alienated from his Latinx culture is not unique.

Though senior Kamal Lado — who now identifies as queer and uses they/them pronouns – did not face homophobia when they initially came out to their parents as gay, they have faced incidences of racism within the LGBTQ sphere. Having grown up in St. Louis and attended school in a predominantly white and affluent district, Lado "leaned in" to their queer identity to avoid such racism.

"Coming to Elon, and for the first time in my life being surrounded by other black queer folks, I was able to recognize the importance and the beauty of my blackness and to fully celebrate it and integrate it into my queerness," Lado said. "It wasn't until I came to college and started celebrating my blackness that I could really start analyzing what the gay community had done to me in terms of racism."

Lado said they have faced interpersonal racism within queer circles on campus, but they have been able to find a home within the performing arts department.

However, some queer people of color have felt less comfortable exercising their intersectional identities in various campus organizations. Figueroa said she often felt she had to choose between her Latina identity and her lesbian identity.

"I've learned how to manage both identities being Latina and being LGBTQIA," Figueroa said, adding that her experiences with the GLC and El Centro have been varied.  "It's been weird at Elon specifically, because I feel as though there are spaces where you have to pick one or the other. But over the past four years, I do think that the offices have become more intersectional."

"I've learned how to manage both identities being Latina and being LGBTQIA.It's been weird at Elon specifically, because I feel as though there are spaces where you have to pick one or the other. But over the past four years, I do think that the offices have become more intersectional."

Cordova said his experiences with Spectrum and El Centro have allowed him to feel welcome as a Latinx and transgender person.

"I go to a lot of El Centro events, and a lot of the people there also identify similarly to me, and so that's very comforting to see something like that," Cordova said, adding that interacting with people who share similar identities make him feel more comfortable in a space overall.

Pino shared this sentiment, and said  that crossover programming between the GLC and El Centro aims to give students an intersectional experience, which has been "reassuring" for him on a personal level.

Though influenced by their identities, Figueroa, Cordova and Lado each shared what makes them unique as individuals.

Figueroa noted her "goofy" and "carefree" personality and said she wants to work in youth development after Elon, eventually working up to politics.

Cordova wished more people knew him as a writer and a family man and said it is important to look past the labels of identity.

"It makes us all more human," Cordova said. "If you get rid of the transgender and Latinx label just for a second, and you look at someone for who they are as a person, you can find ways to identify with them."

Lado agreed, and said their personality cannot be explained simply.

"I am who I am," Lado said. "And that is a wide array of things, and none of them are more me than the other. But I also think we are all like that, and there is a wholeness to all of us."