The test is called the “Tiger Test” and was created by Radeas Labs in Wake Forest, North Carolina 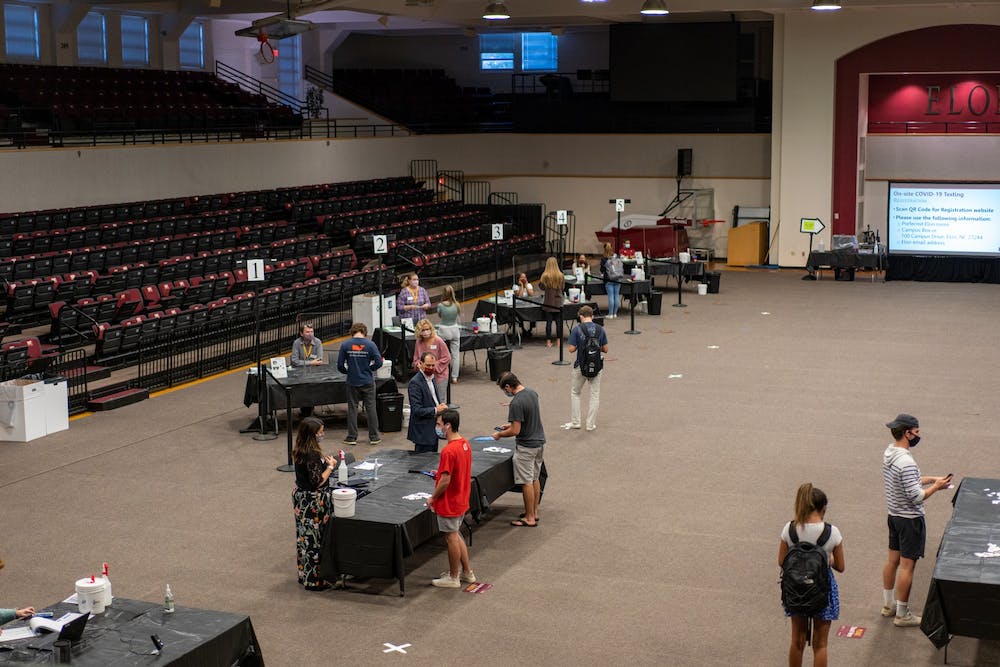 
Elon University has started “expanded testing” for all undergraduates. They are aiming to include 5,000 students by the end of this week.

Updated Oct. 29 at 9: to include information on the cost of the new tests.

Elon University is using a new PCR COVID-19 test from Radeas Labs.The change in test comes as the university hopes to test up to 5,000 students for the virus this week.

The test is called the “Tiger Test” and was created by Radeas Labs in Wake Forest, North Carolina. Chair of the Ready & Resilient Committee Jeff Stein said after assessing the company’s “capabilities and negotiating a contract,” the university was able to start using the tests this week.

“We will also plan to continue to use the LabCorp test for those who require a mail-in test, including for some faculty and staff members and some students,” Stein wrote in a statement to Elon News Network. “We are always looking for highly accurate rapid tests and we will continue looking for the best test we can find.”

Stein said Elon has been trying to find a test that is fast, accurate and economical. The university identified the “Tiger Test” as a potential option a few weeks ago.

“This has been a challenge due the few number of providers who have the technology and staffing to handle large-volume testing demands and produce consistent results within 24 to 48 hours,” Stein said.

Stein said the university plans to continue to use the “Tiger Test” in weeks ahead and is considering using it during both the winter and spring terms.

The test is also cheaper than the LabCorp test. Stein said it is “nearly 45% less than the in-person tests conducted each week in Alumni Gym.” According to university spokesman Owen Covington, the new test is $89.

The mail-in test is $119 but with shipping, it comes out to be $129, according to the order details on the LabCorp website.

Stein said based on this semester's surveillance testing positivity rate, the university is expecting up to 150 new cases.

“The number could be higher or lower than that, based on the presence of the virus in the community,” Stein said.

University spokesman Owen Covington said the 54 positive cases reported Monday does include cases identified through “the expanded testing over the weekend and this week.”