As recruitment shifts to online, potential new members and affiliated members wonder about the process 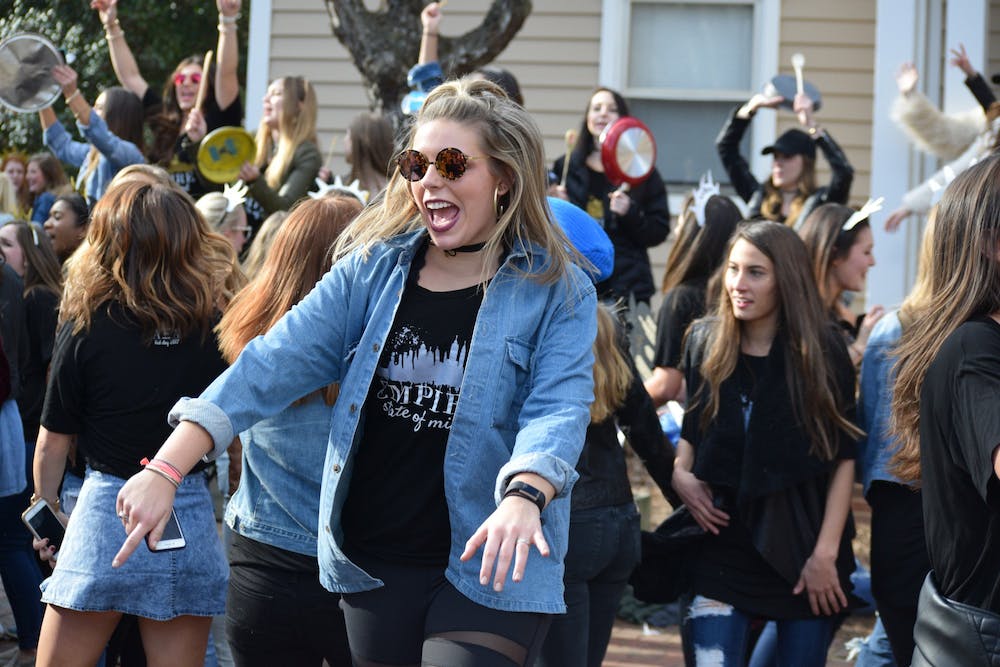 For freshmen like Sarah Dodman, who do not necessarily know what the process looks like, sorority recruitment can be a nerve-wracking experience. Now that Elon University’s Panhellenic Association has announced that 2021 sorority recruitment will be officially moved to a virtual format because of the fallout from the coronavirus pandemic, many freshmen like Dodman are wondering what joining a fraternity or sorority will look like this year.

Senior Sarah Burton, the Elon Panhellenic Association’s vice president of recruitment, said the National Panhellenic Conference has been considering the switch since this summer.

“Recently, Panhellenic shifted their guidelines to recommend that all schools do fully virtual recruitments,” Burton said.

Dodman said Elon’s greek life played a large part in her college decision process because she liked how prominent of a role it played on Elon’s campus. She said she was expecting the Panhellenic Association’s announcement, but was nonetheless disappointed when it was made official.

“If they were having it in-person, it would have been a little more surprising,” Dodman said in reference to the decision. “But I was expecting it.”

Dodman said she heard the news from a friend after the Panhellenic Association announced their decision. She also said she is more nervous about the virtual process due to an inability to read body language through a camera, which prevents her from gauging how a conversation is going.

“The whole point is to make personal connections with people,” Dodman said. “So I am a little more nervous about how the process is going to go.”

Burton and Jarrod Rudd, the assistant director for fraternity and sorority leadership development, do not think recruitment will lose much value from being online and remote. Specifically, Rudd said that it will allow sorority members and potential new members to conduct conversations in a comfortable environment.

“It’s going to be the same situation for everyone involved in the process,” Burton said.

“No longer are we worried about the songs, or any of the extra components of recruitment,” Rudd said. “We are able to really focus on sharing our values and having great conversations.”

Both Burton and Rudd said recruitment will look very similar to prior years. There will still be philanthropy, sisterhood and preference rounds, and potential new members will still have daily schedules and recruitment counselors, also known as Pi Chis.

Freshmen like Dodman still have concerns about the virtual format. Mostly, Dodman thinks it will limit her ability to make friends with everyone involved in the process, not just the women involved in the different sorority chapters.

Burton and Rudd, however, both believe that the process will still run smoothly, despite its virtual status.

“While recruitment will look very different, we are still going to be able to form those connections and get to know a lot of people in different chapters,” Burton said.

As of right now, no definitive plans have been made for the virtual recruitment process, but Burton said potential and members of on-campus chapters can follow Elon’s Panhellenic Association Instagram for updates about the recruitment process.