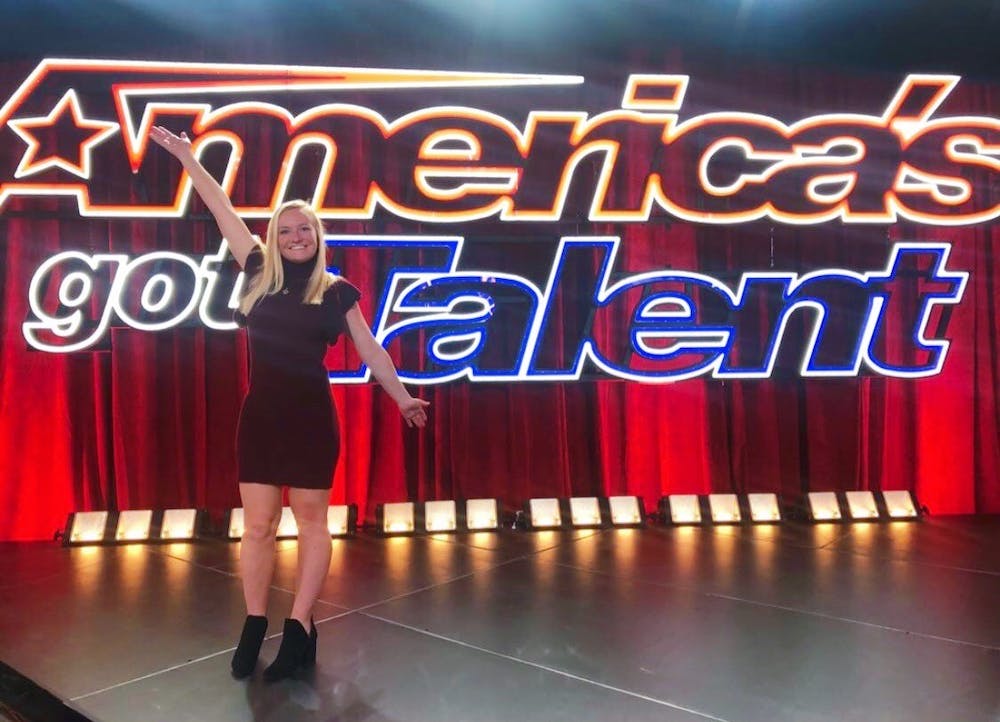 Erin Byrne, a recent Elon University graduate, had only performed in front of friends and family before she decided to take the stage on NBC’s “America's Got Talent.”

Her talent: singing “Total Eclipse of the Heart” by Bonnie Tyler with her mouth closed. The show picked the song for her. She wanted to sing “Shallow” by Lady Gaga and Bradley Cooper; however another act had already performed it.

The Long Island native realized she could sing with her mouth closed when she was in seventh grade after her and her friends dared each other not to speak for an entire day.

“I just filled my mouth up with air and I could just talk and [friends] were like, ‘We can understand you,’” Byrne said “Then my dad loved it and I would always sing ‘Happy Birthday’ for him.”

Byrne said her friends and family were very supportive of her act and found it amusing. However, Byrne said they did not believe her at first when she said she was auditioning.

“They thought it was so fun,” said Byrne. “They said, ‘You must have some big guts for doing this.’ They're super supportive.”

Byrne went to an open audition in New York City during Thanksgiving break, where she auditioned on videotape in front of producers.

“I did it for [the producers] and they loved it,” said Byrne. “They're like, ‘This is the biggest misdirect we ever had on the show, no one was expecting that.’”

In March, Byrne had a callback. Byrne and her parents received an all-expenses-paid trip to Pasadena, California to audition in front of a live audience and the four judges.

According to Byrne, there were two days of filming: the first day for interviews and the second for auditioning. The producers told her to show up “camera ready.”

She arrived at the Pasadena convention center at 9 a.m. and did not perform until late that night. Byrne said she was so nervous waiting backstage before her audition that she could not stop drinking water before.

“You can probably see if you watched the video how nervous I was. It was so nerve-wracking,” Byrne said. “I thought they were going to love it. I thought I was going to make it through that round.”

The judges commented on how serious she looked before she started singing. Unfortunately, Byrne’s performance was cut short. She was met with four “X” buzzers from the judges. Judge Simon Cowell told Byrne that he thinks she is funny, even though the judges did not vote her through.

“I was just laughing like, this isn't my dream. It was just something fun to do,” Byrne said. “And a fun fact that I could have for the rest of my life.”