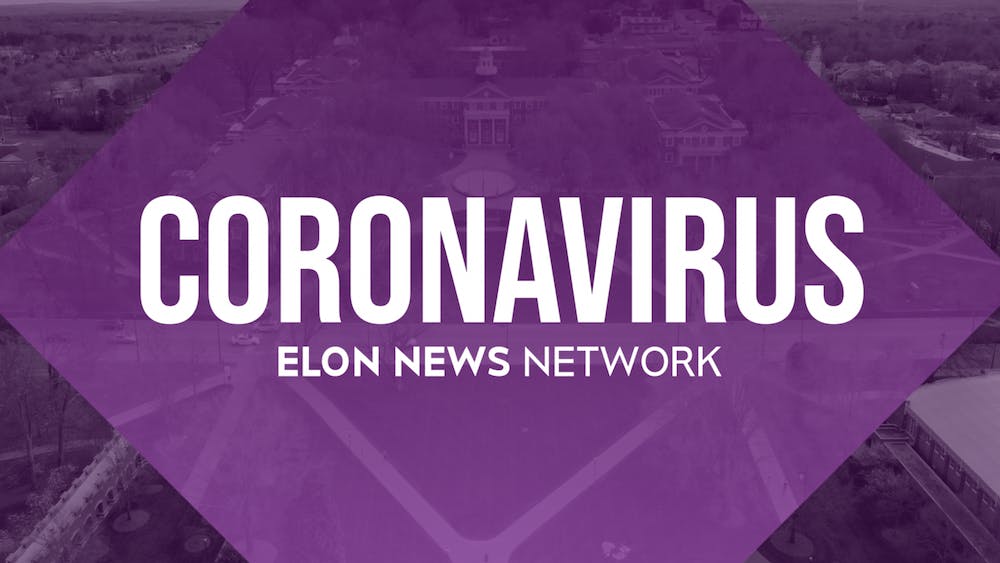 As the number of confirmed coronavirus cases began to surge in China, Elon University freshman Winnie Yang recalled telling her friends it was only a matter of time before the virus spread from her home country to the U.S.

“Chinese people were listening to the government because they’re scared of the coronavirus,” Yang said. “It’s kind of different than the American people because I heard people saying, ‘oh corona isn’t a big deal, if I get it I can overcome it.’”

Yang was more than 7,000 miles away from her home in Beijing as the virus developed, starting in Wuhan in late December.

“I literally checked the news every single day,” Yang said. “I was really upset and depressed at the beginning.”

As both China and the United States began to impose travel restrictions, Yang realized she had no choice but to stay on campus.

“Right now, it’s difficult going back to home and can be dangerous,” she said. Yang said she is worried about the long flight back to China and traveling among people who may have the virus.

Kimheng Larch, a sophomore at Elon, worries going back to her home in Siem Reap, a rural province of Cambodia, may also be risky.

Larch is staying with her boyfriend’s family in North Carolina and says she misses her family, even though she sees them once a week on a video call.

“I’ve seen people going back home and stuff, and then there’s me who can’t go home and have to stay with a family back here,” Larch said. “I also feel bad for being dependent on them over here, but I really appreciate them for having me.”

Larch and Yang both said they feel supported by Elon, compared to their friends who are international students at other universities.

“Some of the schools do not allow students to stay on campus at all,” Larch said. “And I’m so worried about them. I don’t know where they’re going to go.”

Elon, which announced on Mar. 30 online classes will continue for the rest of the semester, has left on-campus housing open for students who need it. Other universities, like Harvard, Boston University and New York University have asked students to move out completely.

“In that situation, they have to buy a plane ticket going back to China, no matter how expensive it is, because they have nowhere to go,” Yang said.

But, Yang said there is a reason why Chinese people may want to leave the U.S.

“Chinese people want to go back because they feel unsafe here,” she said. “From their point of view, they have to wear a mask to go outside — that protects themselves. But at the same time, they are scared they’re going to get attacked. And that’s why they want to go back.”

Stop AAPI Hate, launched on Mar. 19, has been tracking reports of coronavirus discrimination against Asian-Americans. The group has received more than 1,100 reports since its launch, according to the website.

Yang said though the coronavirus originated in China, the disease should not be attributed to China.

“It is a fact that it’s happening in China — it started in China,” she said. “I understand American people were kind of mad about why we eat weird food and made it all happen, but it is a virus. It can originate anywhere around the world, but it will spread because it is a virus.”

Thousands of miles away from home and her family, Yang said she has come to accept the reality of the virus.

“Right now, I just kind of accept as a fact that there’s nothing I can change, and be happy every single day,” she said.

Yang has a flight booked back to China for the end of May but said she’s mentally prepared to stay put. Larch, however, is planning to stay in North Carolina for the long haul.