Alamance County schools to continue distance learning after Gov. Roy Cooper closes schools for the remainder of the academic year 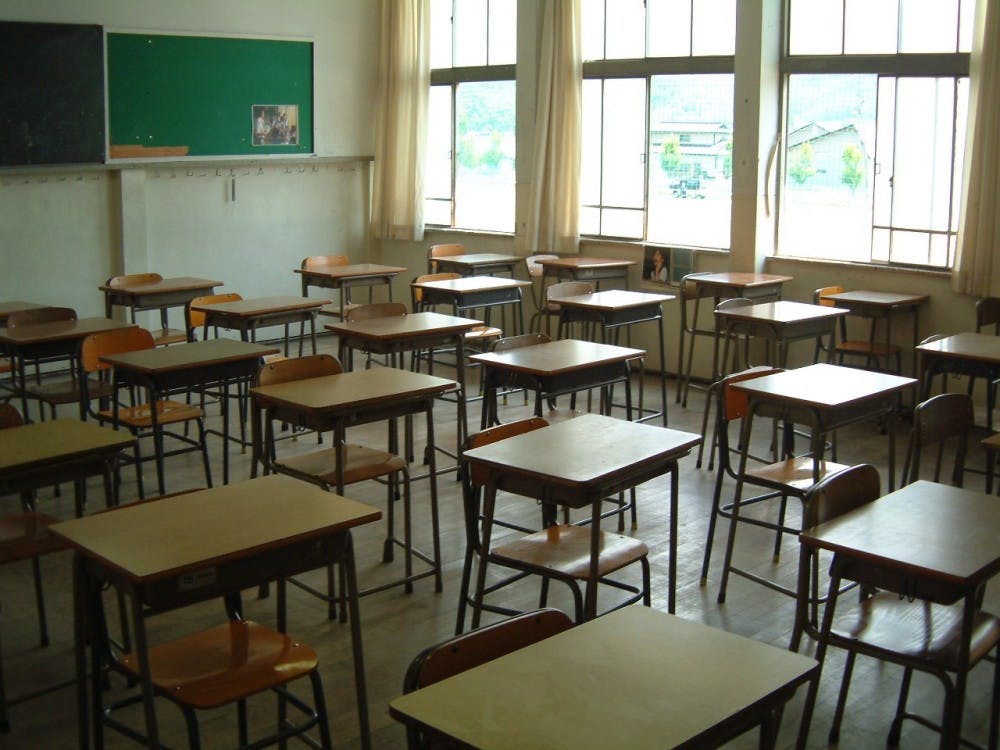 Chantel Kielty begins her third grade class with a meeting where students greet each other and participate in short activities. Now, because of the coronavirus this meeting happens over Zoom and the whole class isn’t always present.

In an effort to slow the spread of the COVID-19, Gov. Roy Cooper closed all K-12 public schools in the state for the rest of the school year. Schools have been using  distance learning to continue teaching since Cooper announced the first school closings in mid-March.

Kielty, a class of 2000 Elon University alumna, teaches at B. Everett Jordan Elementary School in the Alamance-Burlington School System. She said at first it was hard to not devote all her time at home to her students, but once she found a balance, Kielty thinks she’s accomplishing more than was possible in the regular classroom.

Kielty said  she’s learning more about each of her students because they are spending more one-on-one time together.

ABSS is in session until the week of June 8, Allison Gant, chair of the ABSS Board of Education, said the district is sad it will not get to see students return to its physical buildings but will continue with distance learning as is. It will also begin constructing a plan for the fall.

“It is of the utmost importance that we as a school district, plan ahead for returning to our buildings where safety and health are first and foremost,” Gant said.

Gant said the district was well prepared for the original school closings. She said ABSS Superintendent Bruce Benson started working on a transition plan about two weeks before schools closed by finding out if every student in the district had access to a computer or internet.

"It's making me even rethink what I'd like to do as a teacher for the future. If I want to stay in the classroom. I definitely still want to work with children, but I'm loving doing it this way."

ABSS has distributed 8,933 Chromebooks to students in need. The district already owned these computers, and some elementary school students received an iPad instead. Gant said paper packets were made available at each school for students who chose not to or were unable to participate in online learning.

“[Students] were asked that if they had computer access to allow us to serve students who may not first,” Gant said. “If a student came and said, ‘Well, there's four of us in the house, and we need an extra one,’ then certainly we were going to provide that.”

Kielty said she gives out weekly assignments online and by packet. She has 17 students in her class and said 10-12 are on her Zoom call each day. Kielty also offers her students the opportunity to schedule one-on-one or two-on-one meetings with her on Google Hangouts throughout the day.

Kielty said she has a copy of the packet at home as well so the parents of the students she doesn’t see every day can call her or text her with questions.

“I still want to offer them the same attention that all the other students are getting so that way I have the paper and they have it,” Kielty said. “We can talk through the problems together.”

Kielty said ABSS told teachers to clock-in every day from 8 a.m. to 4 p.m. and they need to designate two hours of each day to be online for parents to ask questions. Kielty told her parents she would be available every day from 7 a.m. to 9 p.m. because she understands some parents are not able to help their children until they get home from work at night or even until the weekend.

Kielty said the most important part of distance learning is communicating with parents. Kielty said that if large groups of students seem to struggle with specific assignments, she makes videos for parents to explain how they can teach their child the concept using hands-on methods.

Kielty recently sent a video to parents explaining how they could teach their child fractions using paper plates and scissors.

“I've had a lot of parents go, ‘Oh my gosh, I never thought of that. That's so great. Thank you for taking time to talk,’” Kielty said. “I'm teaching the parents just like I would teach the kids, and then the parents can teach their kids.”

Gant said the district is proud of the parents who have stepped up to hold their children accountable for their work.

“We are encouraging our families — which is really challenging — to work with their students,” Gant said. “I can't imagine personally having to teach fifth grade math today, but we have parents who are doing a good job.”

ABSS is also offering free breakfast and lunch to anyone in Alamance County who needs it, not just students. They have 22 grab-and-go sites and as of April 24 have served just over 380,375 meals.

Kielty said the sites are being utilized well. She said  teachers get updates every day from the district saying it is adding bus routes and bus stops for people who need transportation from their homes to the schools for the meals.

Kielty said her students have told her over Zoom that the meals are often better than the ones served at school.

“It just goes to show you that the lunch ladies are putting the same love and support into making the lunches as they would during your regular day,” Kielty said.

Kielty is also a parent of two students who attend ABSS public schools. One is a fifth grader and the other is a second grader. Kielty said overall, she thinks the success of the transition to distance learning depends on the school, not the district overall.

“We've got our superintendent who's amazing, and he's giving out as much support as he can,” Kielty said. “He's telling all the principals the same thing, but then when the principals hear it and how they relay that information to their staff is going to be completely different.”

As both a teacher and parent, Kielty said she’s lucky she can understand the material to help her children but also is lucky that she has a more direct way to relate to the parents in her class. She said it’s hard to be both a mom and teacher at the same time.

“If the parents realize you're a mom, and you're also going through the same stress, they understand it a lot more, and they're not as quick to jump on you when something doesn't go right. But, once I felt that I could get that balance under wraps, my life went a lot smoother.”