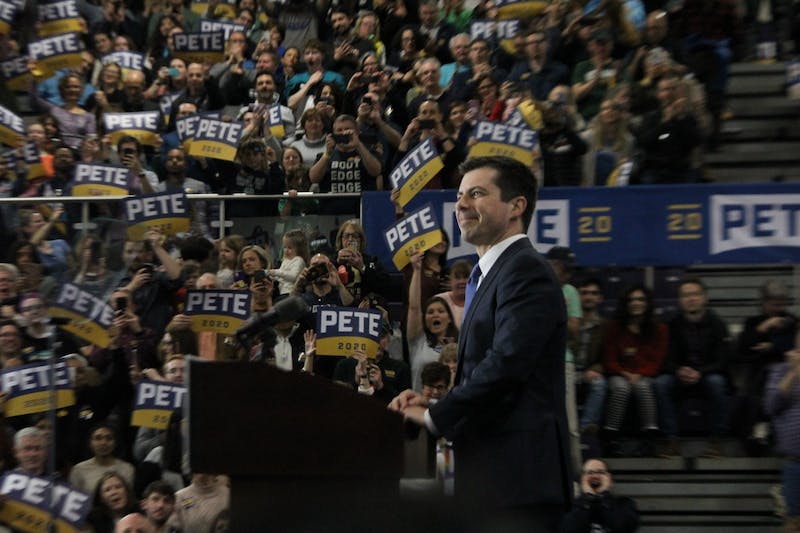 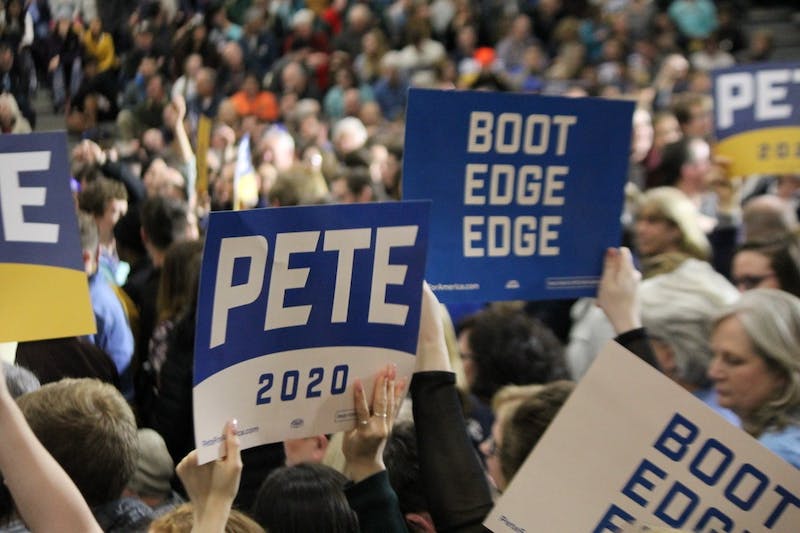 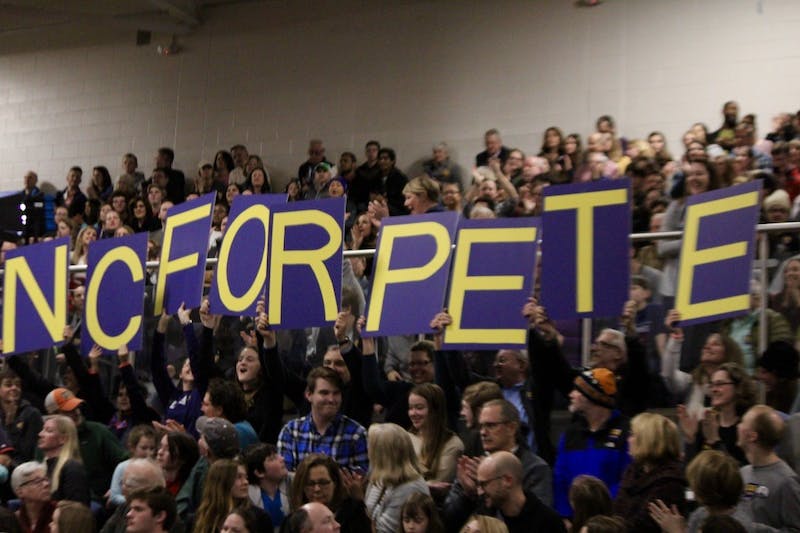 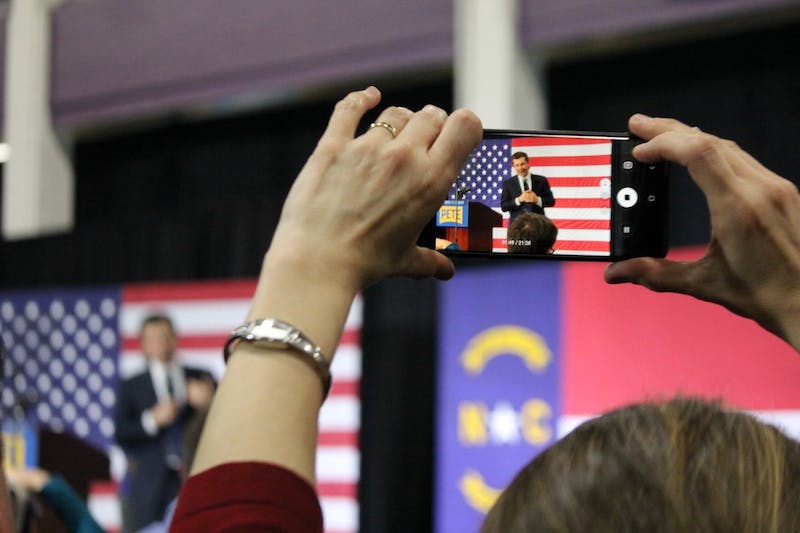 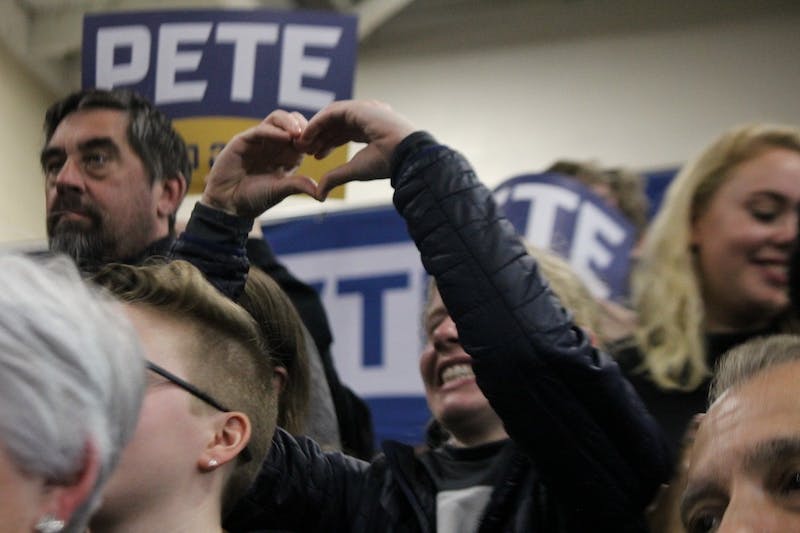 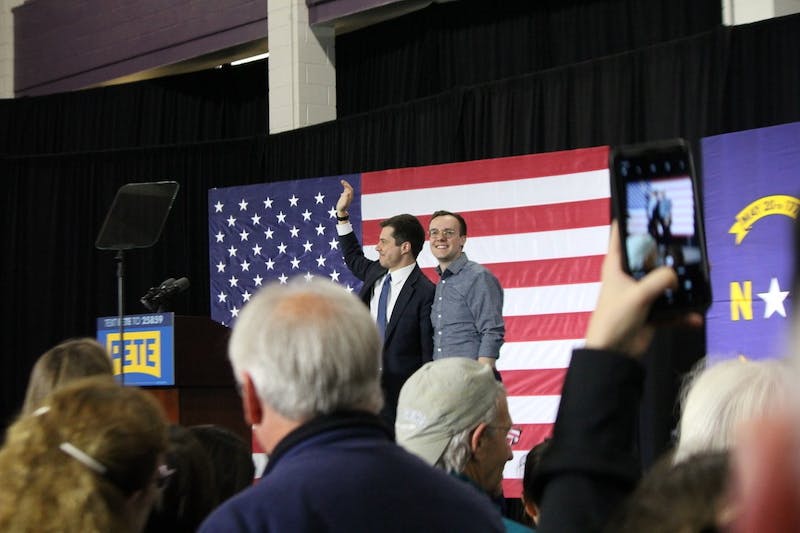 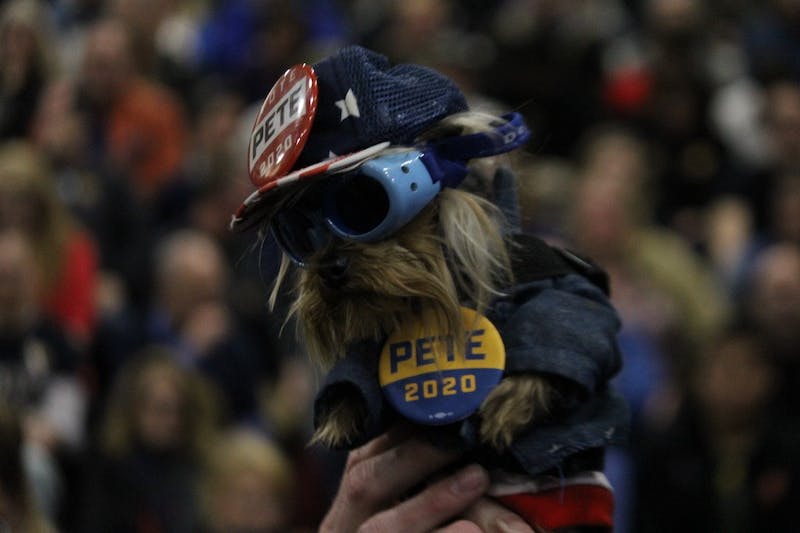 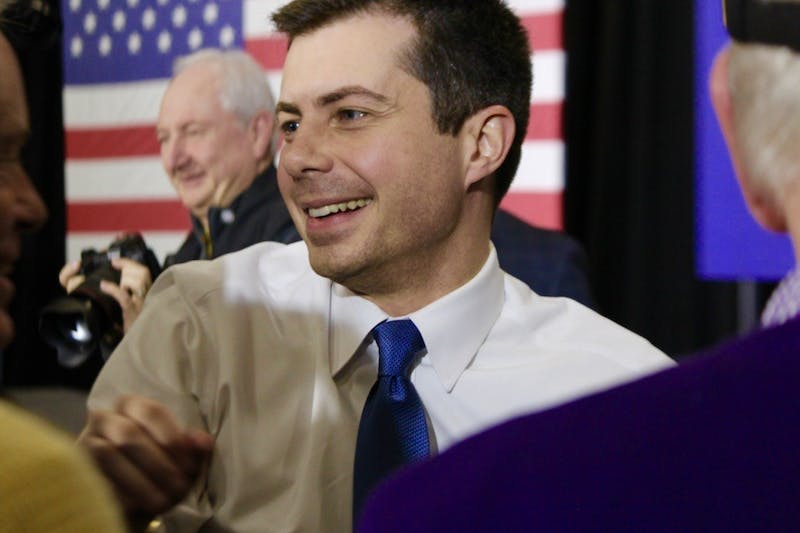 RALEIGH, N.C. — Letter cards spelling out “NC FOR PETE” greeted former South Bend, Indiana Mayor Pete Buttigieg at his get out the vote rally in North Carolina. Buttigieg came to the Tar Heel state as primary results from South Carolina were coming in.

Buttigieg who came out of today’s primary in South Carolina with 8.2% of votes and zero delegates — with 94% of the precincts reporting — is still hopeful about his bid for the nomination.

“We come here down South with hope and humility,” he said.

Exit polls show that Buttigieg got 2% of black voters support in South Carolina, but he did thank the black voters who cast ballots for him.

“We want to especially thank black voters who showed us that famous southern hospitality over the last year,” he said. “Welcoming us into their homes and churches and businesses.”

John Griffin, a black supporter of Buttigieg, voted early in North Carolina for the former mayor.

“I don’t see a lot of black people here and that’s what you hear ‘He’s got a black problem with the vote,’” he said. “I just want to give him a chance and see what’s going on.”

Griffin said that Buttigieg is a “refreshing” candidate and stands out as a Rhodes Scholar and gay man, despite not having a lot of support from black people.

“My friends don’t feel like he has stood up for black people the way that he needs to,” he said. “I’m not going to buy into that. I just need to see it for myself.”

A recent Meredith College poll found that 10% of North Carolina voters said that their first choice for the democratic nomination is Buttigieg. While Buttigieg is polling low in the state and performed low in South Carolina, some North Carolinians were still confident in Buttigieg  winning the nomination.

Grey Smith, a Raleigh area high school student, who cast his ballot early for Buttigieg said that the former mayor’s experiences outside of Washington, D.C. is what makes him a standout candidate.

“I feel like we are at a time where we need someone who is progressive but pragmatic, and a strong leader,” he said. “Pete, he’s got military experience. He’s got the executive experience of being a small town, but like he says we need a little bit more of that small town feel in Washington”

In his speech, Buttigieg reflected on this experience outside of the nation’s capital.

“As a mayor who lives hundreds of miles away from Washington in a middle class neighborhood in a diverse city in the industrial midwest, what I’m offering is a new approach in this election,” he said.

Buttigieg urged North Carolinians at the rally to get out the vote on Super Tuesday. Mark Dalhouse, director for global experiential initiatives and an assistant professor at Elon University, attended the rally with his two sons. Dalhouse said he is interested to see how Buttigieg does on March 3.

“I’m very interested to see how he does on Tuesday. I think the conventional wisdom has been after New Hampshire and Iowa he was going to hit a wall in terms of failing to break through to the African American community, so I think that question will be answered,” he said.

Dalhouse was excited to get his son’s civically engaged. Rochelle Ford, dean of Elon University’s School of Communication, was also at the event with her daughter and a friend. Ford said she came to the rally because her daughter was a fan of Buttigieg. Ford declined Elon News Network’s request to interview.

Maeve Ashbrook and Baylor Rodman contributed to the reporting of this story.