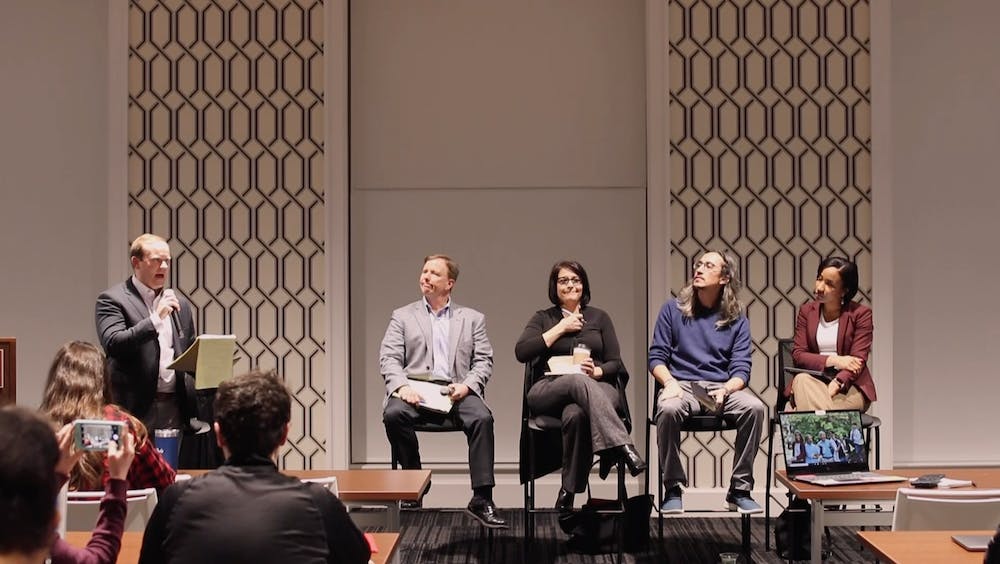 The Elon School of Communications hosted a panel on March 4 titled "Media and the Culture of Shame."

Four panelists sat down with Elon students to discuss the controversial aspects of media culture as well as media law and ethics. The four speakers were Frank LoMonte, director of the Brechner Center for Freedom of Information at the University of Florida; Deborah Dwyer, a University of North Carolina at Chapel Hill doctoral student; Ryan Tuck, a media consultant; and Christal Carmichael, a psychology instructor at North Carolina Central University.

LoMonte said journalism plays an important role in democracy and college students are key in creating a stronger society.

“I thought it was interesting talking about cancel culture and the impact of it," Cadmus said. "Someone said that cancel culture isn’t new, it’s just like modern day boycotting — I never really made that connection.”

The panel ended with a Q&A session between the panelists and Elon students.