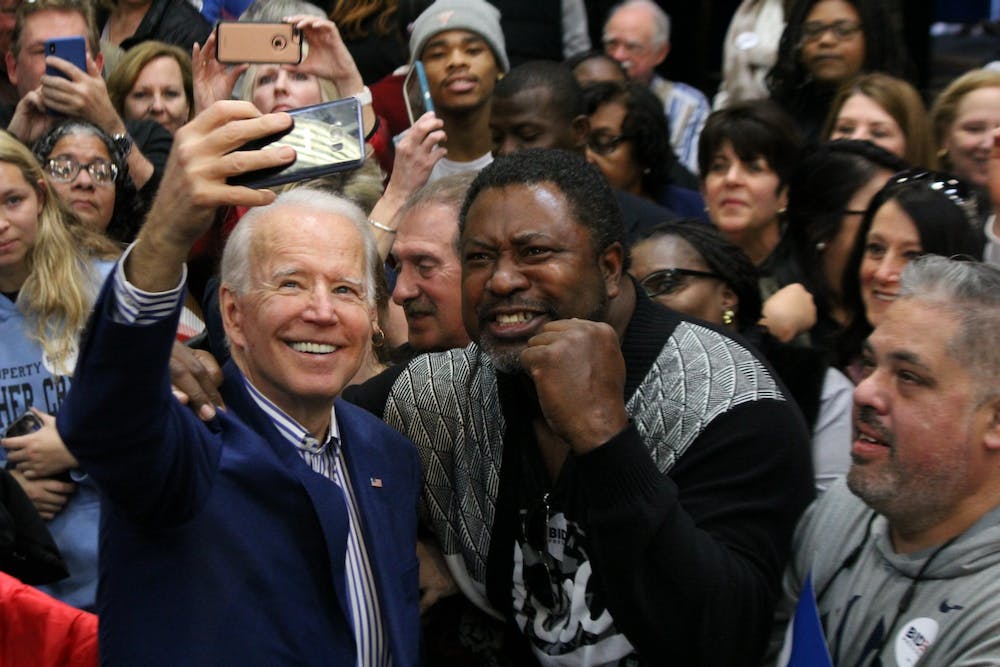 
A man poses for a selfie with Former Vice President Joe Biden.

Former Vice President Joe Biden has won 42.99% of the North Carolina primary vote with 99.48% of the precincts reported. Behind Biden is Sen. Bernie Sanders (I-VT) with 24.11% of the vote.

“They don’t call it Super Tuesday for nothing," Biden said to supporters in Los Angeles, California.

Klobuchar and Buttigieg suspended their campaigns in the past two days and quickly endorsed the former vice president. However, due to early voting in the state, Klobuchar still received 2.32% of the vote and Buttigieg received 3.28%.

In terms of the remaining Democratic candidates, Bloomberg received 12.99% of the vote, Warren received 10.48% and Gabbard received 0.50%.

Voter turnout in the state for Democratic voters went up by around 19% when compared to the 2016 primary.