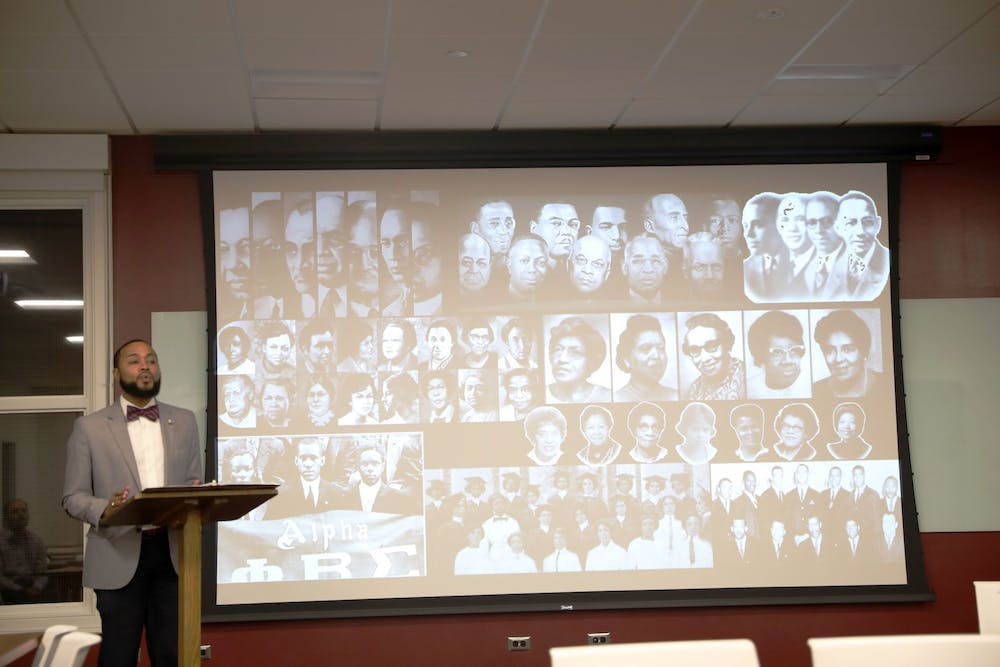 According the the Elon University website, NPHC was founded in the 1930s at Howard University as a space for African-American students to participate in greek life.

In the 2018-19 Elon Fact Book it was stated that only 5.6% of the student body identifies as African-American. Elon didn’t introduce its first NPHC chapter to campus until the late 90s. There are now nearly 70 students throughout the seven different chapters on campus.

Delta Sigma Theta was the first historically black greek organization to open on Elon’s campus in 1981, and seven others followed after it. Most of the chapters at Elon have been successful with membership, excluding Sigma Gamma Rho sorority which closed in 2002 due to lack of members.

Assistant Director of Student Involvement for Fraternity and Sorority Leadership Development, Jarrod Rudd said Elon does not intend to bring back Sigma Gamma Rho. Instead, Rudd said, the university wants to focus on growing the membership numbers for the organizations that are already on campus.

“Once we get organizations we already have more exposure and we can look at adding the additional two,” Rudd said.

According to Rudd, he believes the 2,600 students on campus involved in greek life find unique opportunities, allowing them to build relationships with members of other chapters.

“The size of our community gives members of all organizations the opportunity to meet such a wide variety of people and have these amazing experiences,” Rudd said.

One of the differences between NPHC organizations and other greek organizations on campus is the focus on uplifting the community, Rudd said.

For members of NPHC, Rudd said there is a major emphasis put on what they can do directly within the community.

Rudd said each council takes the time to directly work with the community aside from raising money for their philanthropies.

Along with focusing on their individual philanthropies and chapter goals, Rudd said there is also a great deal of collaboration within the NPHC community.

Every month, members of NPHC have “town hall” meetings where all seven councils come together and talk about what is going well and what they can fix.

This spring they are hosting a NPHC celebration week which will consist of several events celebrating the work they have done on campus throughout the year.

For students wanting to get involved in fraternities and sororities on campus Rudd encourages them not to be caught up in stereotypes and high numbers of involvement.

“Think about your own values, and how they match a certain organization, rather than changing them to fit one,” Rudd said.