Elon defeats Longwood to finish 3-1 in the home tournament 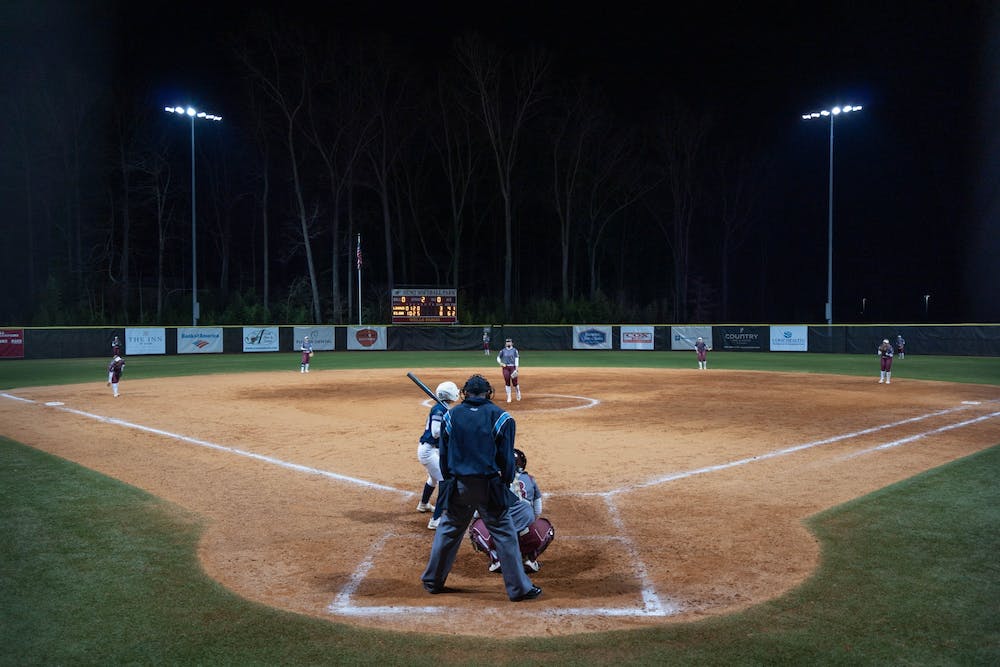 After finishing 1-1 on Saturday, Elon softball (3-1) defeated the Longwood Lancers (2-2) Sunday afternoon at Hunt Softball Park for the last two games of the Elon Softball Classic.

In the first game, the Phoenix grabbed an early lead after a two-run double by sophomore catcher Megan White and a solo home run from junior third basemen Ally Repko.

The Lancers battled back with two runs after a pair of errors from Elon. The Phoenix led 3-2 midway through the fifth inning.

Elon added another in the fifth and closed the game out with a final score of 4-2. Senior Kenna Quinn pitched all seven innings for Elon, giving up just four hits and no runs.

“We’re working on our defense,” head coach Kathy Bocock said. “They know that we just need to keep working hard on the plays and they know that and they’re working together.”

In the second game, Elon cut to the chase with an RBI single in the 1st inning from White. Soon after, Longwood sophomore Sydney Jacobson answered back with a solo home run in the first at-bat of the 2nd inning.

Errors continued to haunt the Phoenix with two more coming in the top of the 3rd after a bunt by Longwood center fielder Breeanna Huggins. Two at-bats later and two runs later the Lancers took a 3-1 lead heading into the bottom half of the 3rd.

But Elon would not go away.

With the bases loaded the Phoenix scored two in the 3rd and added five more in the 4th after a towering three-run home run by White to take an 8-3 lead. White finished 2-3 from the plate with four RBI’s.

“I was just thinking, see the ball down because I know that we had a couple of pop-ups and the pitcher was throwing a little up in the zone,” White said. “So when I was the ball in my zone I just swung and it went where it did.”

In the win, the Phoenix finished second in the Elon Softball Classic after losing a tie-breaker to Seton Hall.

“We came off a bad game last night and this group came back and they did what they needed to do,” Coach Bocock said. “They took care of business.”

Looking to continue their win streak, the Phoenix will take on the North Carolina A&T Aggies (0-1) at 4 p.m. at Hunt Softball Park.