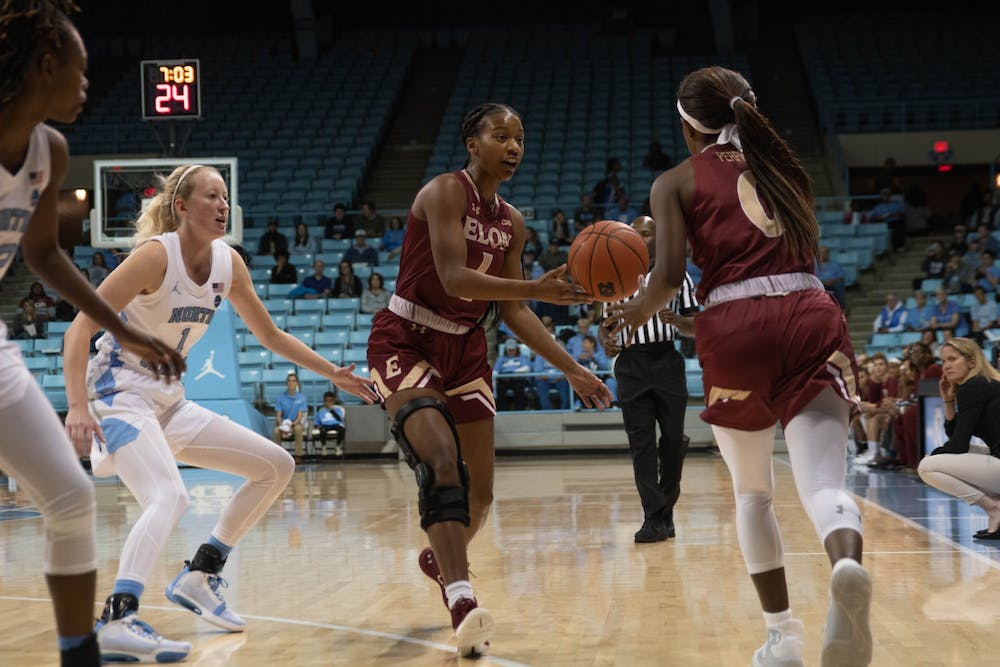 Despite the strong start, Elon only led 17-9 at the end of the first quarter.

With Elon trying to maintain the lead and pull away in the second quarter, the Phoenix would get help from Sophomore guard Kayla Liles who went three-for-three from the three-point line. Teammate junior guard Ariel Colon had two threes of her own in the first half, finishing with nine points in the half as well. The Phoenix sharp three-point shooting helped set the tone, giving Elon an 11 point lead at the half.

“Coach always talks about 'it’s us against perfection.' So that’s one thing we really dove into really just focused on playing Elon basketball regardless of what the score is,” Liles said.

The Pride tried to rally back and cut into the Phoenix lead, but the Phoenix would not give the Pride a chance. The Phoenix continued to crash the boards, coming down with 21 rebounds in the second half. Elon also continued to stay aggressive offensively and defensively getting two more blocks and three steals in the second half. Elon’s largest lead would be 60-37 in the fourth quarter, stamping its mark on the game.

“It was about repeating what we had done to be successful, because we were really good defensively and we were rebounding the basketball,” Smith said. “Most of the time when you defend and you rebound and hold them under 40% and you get 14 rebounds, you give yourself a chance to be successful.”

Elon will be back this Sunday at the Schar Center to play the Northeastern University Huskies at 1 p.m.