Climate change, healthcare and education were discussed on the debate stage 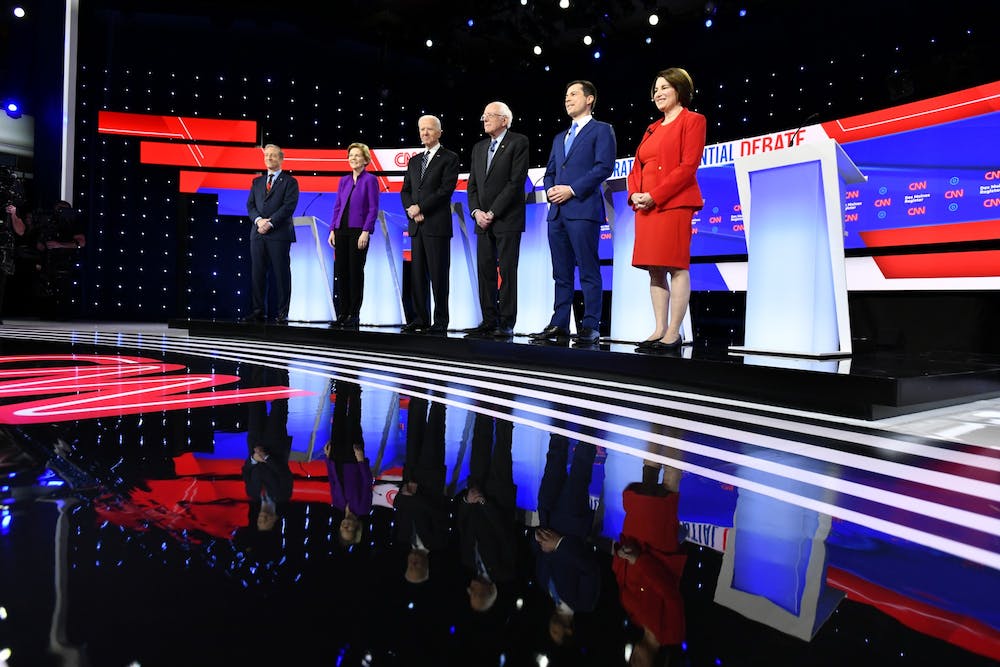 Former Mayor Pete Buttigieg, former Vice President Joe Biden, Sen. Amy Klobuchar (D-MN), Sen. Bernie Sanders (I-VT), Tom Steyer, and Sen. Elizabeth Warren (D-MA) were on stage discussing their ability to lead the country as commander-in-chief, their support of women in politics, and their plans for healthcare in the U.S.

While most candidates discussed their experiences within the U.S. Senate, Buttigieg– the only millennial candidate on stage– recalled his experience being deployed into Afghanistan, saying he witnessed the separation of a father from his son.

“That is happening by the thousands right now, as we see so many more troops sent into harm's way. And my perspective is to ensure that that will never happen when there is an alternative as commander-in-chief,” Buttigieg said on CNN’s broadcast.

Steyer has brought up the issue of climate change multiple times, debate moderator Brianne Pfannenstiel of the Des Moines Register said the issue was discussed later on.

“Look, I've got four kids between the ages of 26 and 31. I cannot allow this country to go down the path of climate destruction,” Steyer said. “Everybody in their generation knows it, frankly, Mayor buttigieg you’re their generation. I think you would be standing up more.”

Later, Steyer would go on to reiterate that climate change is his “number one priority,” saying he would address the issue “from the standpoint of environmental justice” and create union jobs in the process. He said his past investments in the coal and fossil fuel industry should not impact his credibility on the issue.

Climate change was addressed by each candidate on the debate stage, each of whom agreed the issue was important. Klobuchar’s admission that she would not ban fracking stood out amongst a field of candidates taking strong approaches.

On the issue of higher education, Steyer said he would institute a wealth tax that would “redistribute money so every kid has a chance” and invest in low-income neighborhoods in which “specifically black kids, specifically brown kids” live.

“Education is at the heart of what I believe to be prosperity at every single stage, starting in universal Pre-K. So in fact going right through college. Affordable college is a right for America,” Steyer said. During the debate, he conceded that his own children should not have been entitled to a free college education.

During the debate, Buttigieg said he would make public education free for “the first 80% of Americans by income,” while those in the top income bracket would pay tuition. He added that the Poor People’s Campaign was marching during the debate’s live broadcast, and that “we've got to be making sure that we target our tax dollars where they will make the biggest difference.”

“You know, in fact, I had when I was on the campaign trail, I saw a lot of college students that are very excited to vote for Elizabeth Warren,” Castro said. “There are tons and tons of young people that are excited about her candidacy. And after tonight, I think that many more people are going to decide to caucus for her on Feb. 3, this is a great debate that she had. You can tell that over the last couple of weeks, especially that more and more people that are deciding or decided to support her.”

Jack Norcross contributed to this report.