The senator also addressed his low poll numbers, gun violence and college students at a stop in Eastern Iowa. 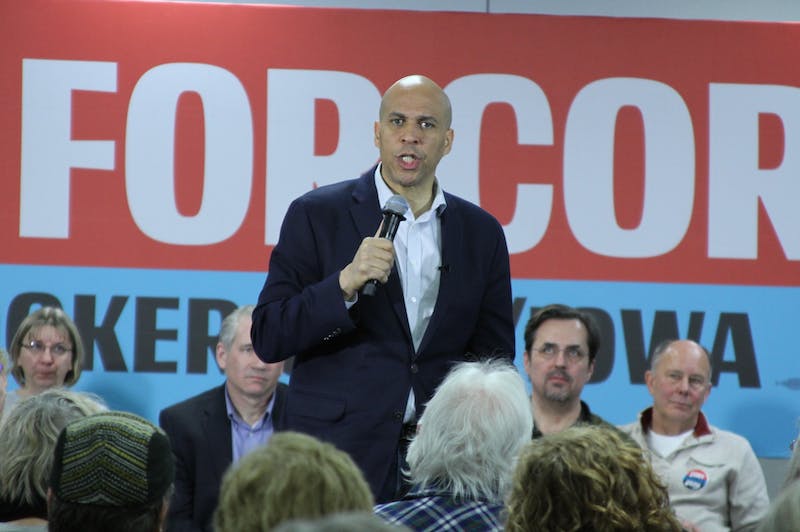 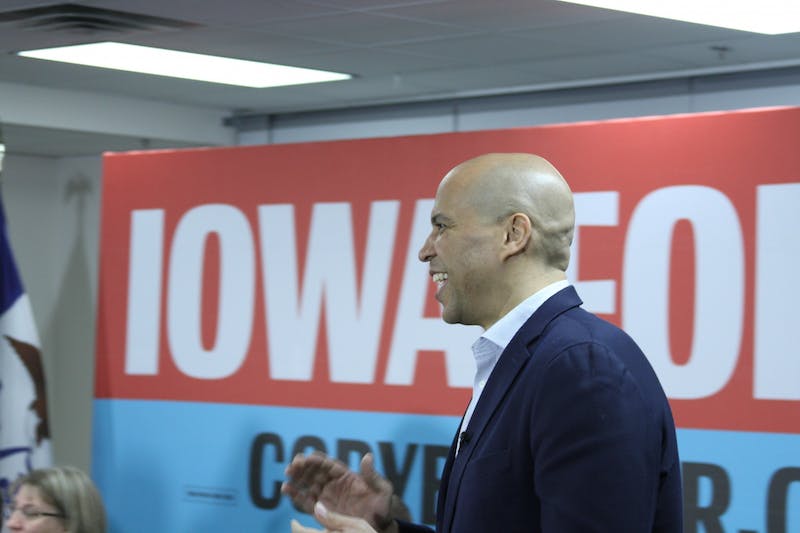 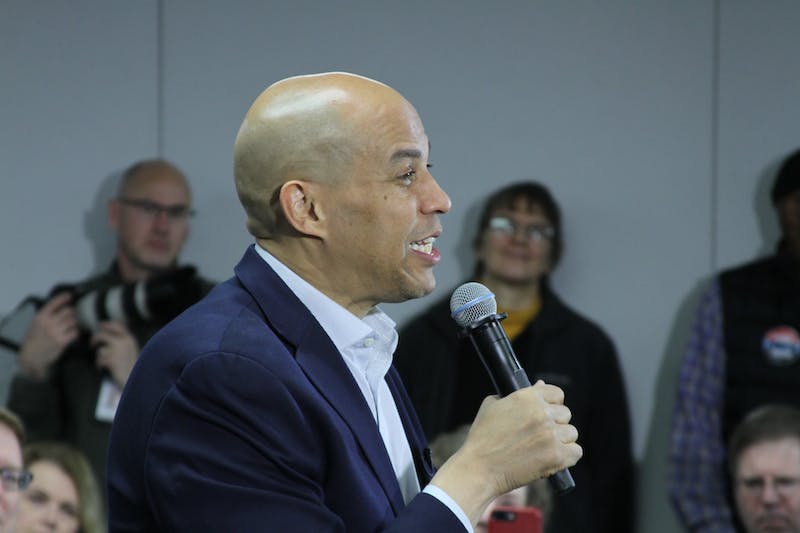 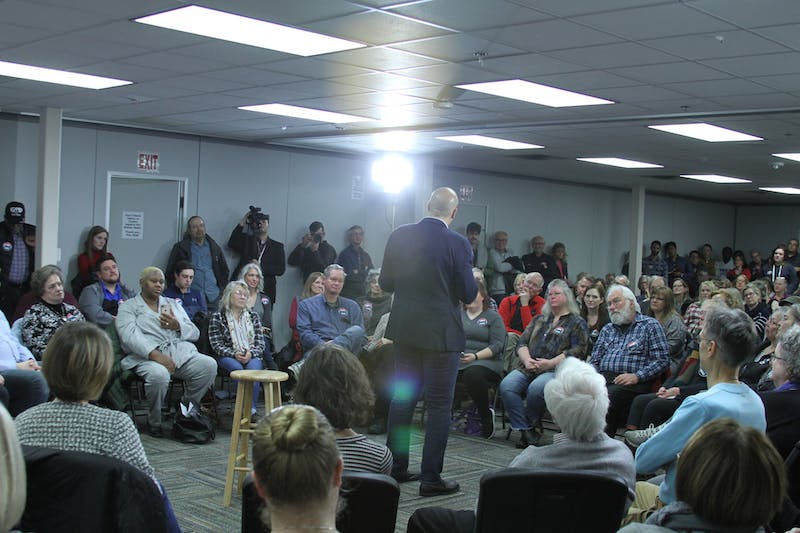 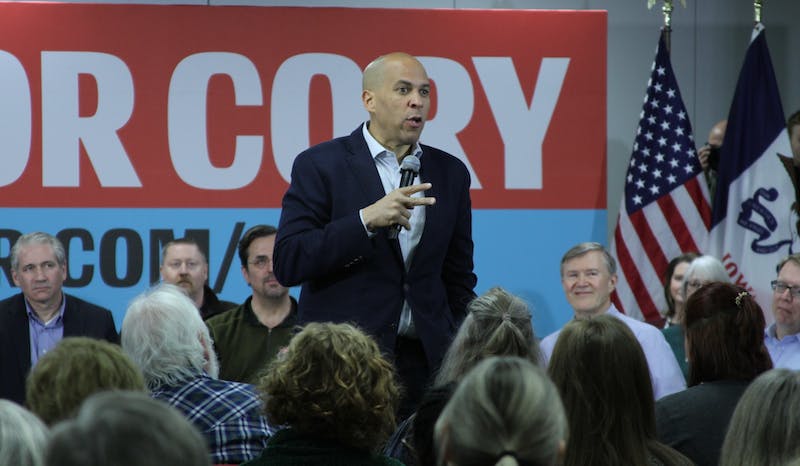 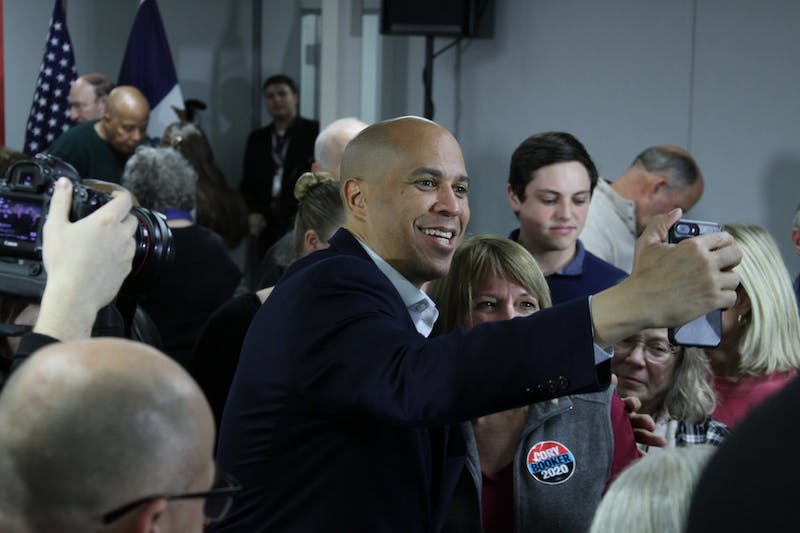 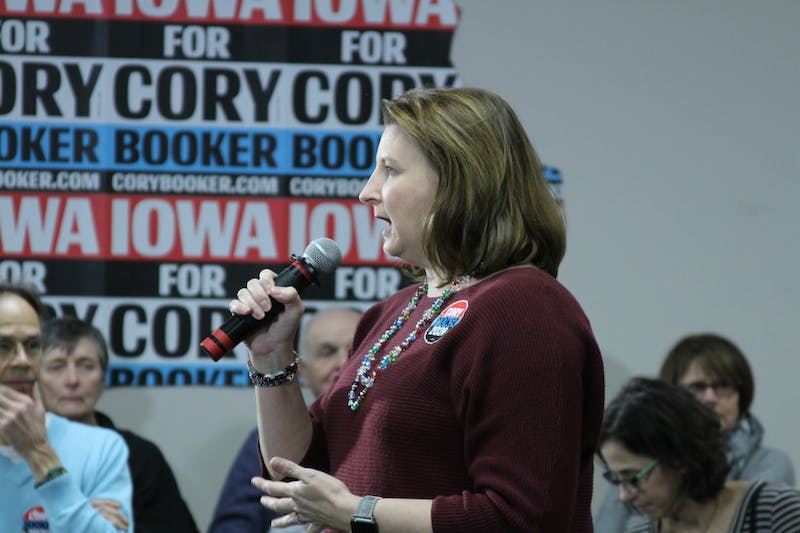 NORTH LIBERTY, IA – Presidential candidate Cory Booker spoke about his briefing from top Trump administrators on the killing of Iranian general Qasem Soleimani as well as his argument for why college students should vote for him during a campaign stop in Eastern Iowa.

“Yesterday’s meeting was so frustrating to me,” Booker said.

This was the senator’s first campaign stop in Iowa after being briefed by Secretary of State Mike Pompeo, CIA Director Gina Haspel and other members of the Trump administration on the killing of  Soleimani in Iraq. Booker said he found the briefing troubling and was glad to see republicans like Utah Senator Mike Lee express similar concerns.

President Trump suggested that Soleimani was planning an attack on an American embassy, but Booker said from the materials presented in the briefing yesterday, there was no information to support an adequate justification for U.S. military forces in the killing of Soleimani.

“Just stepped out of a 75-minute briefing regarding President Trump’s military actions in Iraq - we were provided no evidence of an imminent threat," Booker tweeted Wednesday night. “I remain deeply skeptical that he had justification for the attack.”

Just stepped out of a 75-minute briefing regarding President Trump's military actions in Iraq—we were provided no evidence of an imminent threat. I remain deeply skeptical that he had justification for this attack.

The noon event filled a room with over 150 people in the basement of North Liberty Community Center. In addition to Iran, Booker spoke about his low poll numbers and how these will likely lead him to miss out on next week’s debate.

Booker has until Jan. 10 to qualify for Tuesday’s CNN Democratic Debate at Drake University in Des Moines but does not currently meet the polling threshold requirement of at least 5% in early state polling to participate.

The two most recent early state polls from Fox News show Booker polling at 2% in South Carolina and 3% in Nevada.

One local politician who has endorsed Booker is Amy Nielsen, a member of the Iowa House of Representatives. Nielsen, during her introduction of Booker, said she was inspired by his sense of optimism, and love for the U.S.

For Rebecca Truszkow, a volunteer leader with Moms Demand Action, a grassroots movement aimed to fight for public safety measures protecting people from gun violence, she said she's been committed to caucus for Booker for five months. Truszkow said she hopes to keep the issue of gun violence prevalent for all candidates as they campaign.

Truszkow said she believes Booker should be the Democratic candidate because of his previous experiences.

“He told a story today about kids living in his apartment being shot and he's witnessed that firsthand. He knows that black and brown boys in our country are disproportionately affected by gun violence,” Truszkow said.

Others agree with what Booker says, but still don’t plan to cast their vote for him this primary season. Indiana resident, John Hmurovic, told Elon News Network after today Booker has moved up to his number two slot, falling just behind Sen. Amy Klobuchar (D-MN). Hmurovic said he believes Klobuchar can bring the country together. Hmurovic said he got a similar sense from Booker today as well and said he feels both could be appealing to voters.

“We have to have a vision for moving forward, and I think he has that, I think a lot of the Democrats do,” Hmurovic said. “But I think it's important to beat Donald Trump.”

Senator Booker talks about the importance of "love," keeping our students safe at school, and his track record as mayor of Newark #EloninIowa pic.twitter.com/4YXM2PZyYq

Booker is one of several Democratic candidates Iowans will be able to caucus for on Feb. 3, and Booker said he thinks college students are the key to winning.

“I feel like I'm speaking to the issues that college students are concerned with," Booker said when asked what he will do for students.

“Whether it's about the future of the planet, about college affordability, which I believe in debt-free college, or whether it's just I think the moral compass of young people in this country that believe that mass incarceration should end; that we should deal with poverty by raising the minimum wage doubling the pressure of earned income tax, earned income tax credit, all of these things I think my policies align with the values and the sense of urgency that many college students have,” Booker said.