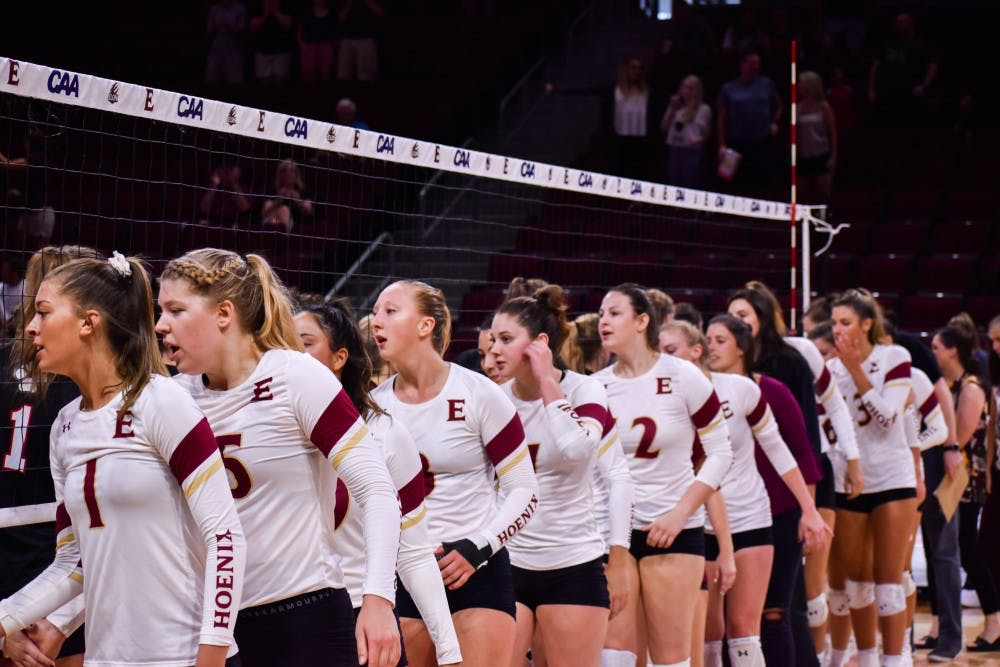 Elon women’s Volleyball turned in a monster season. The program continues to improve as the Phoenix look to reign over the Colonial Athletic Association for years to come.

Elon made the most of a tough schedule this season, finishing the year with a 14-18 record and clinching the victory in some high-profile games, none bigger than the victory over ACC foe Wake Forest. The Phoenix beat Wake in Schar Center on Sept. 15. Coil said she thought the performance against the Demon Deacons showed how well the team could play.

“We went into the game with a winning mentality and saw it through to the end,” Coil said. “Winning that match really showed us how much potential we had as a team.”

The volleyball team completed a 7-9 campaign in the CAA with notable victories against Hofstra and Northeastern in the opening weekend of CAA play.

“We beat two teams that we usually struggle against and started off CAA play 2-0,” Thomas said.

The team’s spectacular performance this season can be attributed to an excellent team chemistry. The bond the girls have with each other shows on and off the court.

“My teammates have become my family,” Coil said. “I grew up with two brothers, and this program has allowed me to have more sisters than I ever thought I needed. I have met some of my closest friends through this program and couldn’t be more grateful for their impact on my life.”

“I just enjoyed watching them compete every single day in practice and against all the teams that we played,” Tendler said.

After completing a very impressive season, the great culture is evident for Elon both on and off the court. Things are looking up for the Phoenix volleyball program as they approach next season, looking to soar to new heights.