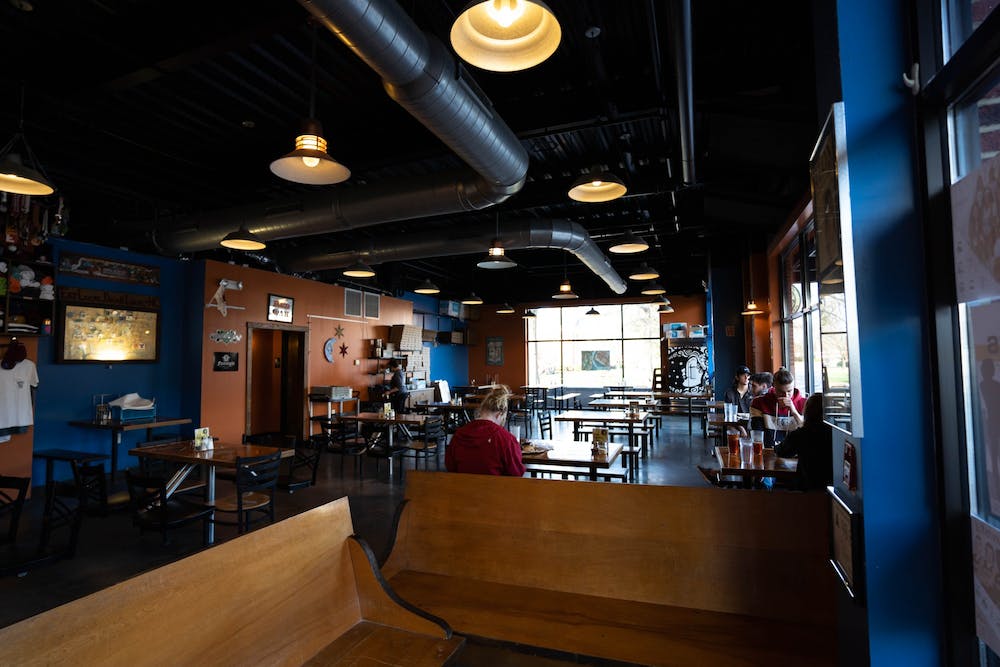 Sophomore Hannah Simpson remembers the first time she went on a date with her boyfriend at Pandora’s Pies.

“The first time we went to Pandora’s, we were able to sit outside and loved it,” Simpson said. “We would recommend it to other couples because it’s a fun and casual place that won’t break the bank.”

The independently-owned-and-operated restaurant is a staple next to campus. Better known as “Pandora’s” or “Dora’s” by visitors, the restaurant is best known for its casual collegiate atmosphere and affordable menu options. With tables adorned with U.S. maps, built-in stools and the overall modern feel of the store, Pandora’s has proven to be the perfect location for the college date experience.

“Pandora’s is great because they have so many options of pizzas,” Simpson said.

“There’s a little bit of everything,” Holt said. “There’s stuff you can get cheap … it’s got a lot of good options.”

Holt has seen couples come in to eat all the time and can always tell when it’s the first date.

“It’s funny when you can tell it’s a first date… it’s cute,” Holt said, “It’s a good spot for that or to come in with a bunch of your friends.”

But perhaps the most favorable aspect of Pandora’s is its proximity to Smitty’s Homemade Ice Cream.

“It’s a great spot for dates because after dinner, you can finish the night off with some Smitty’s Ice Cream,” Simpson said.