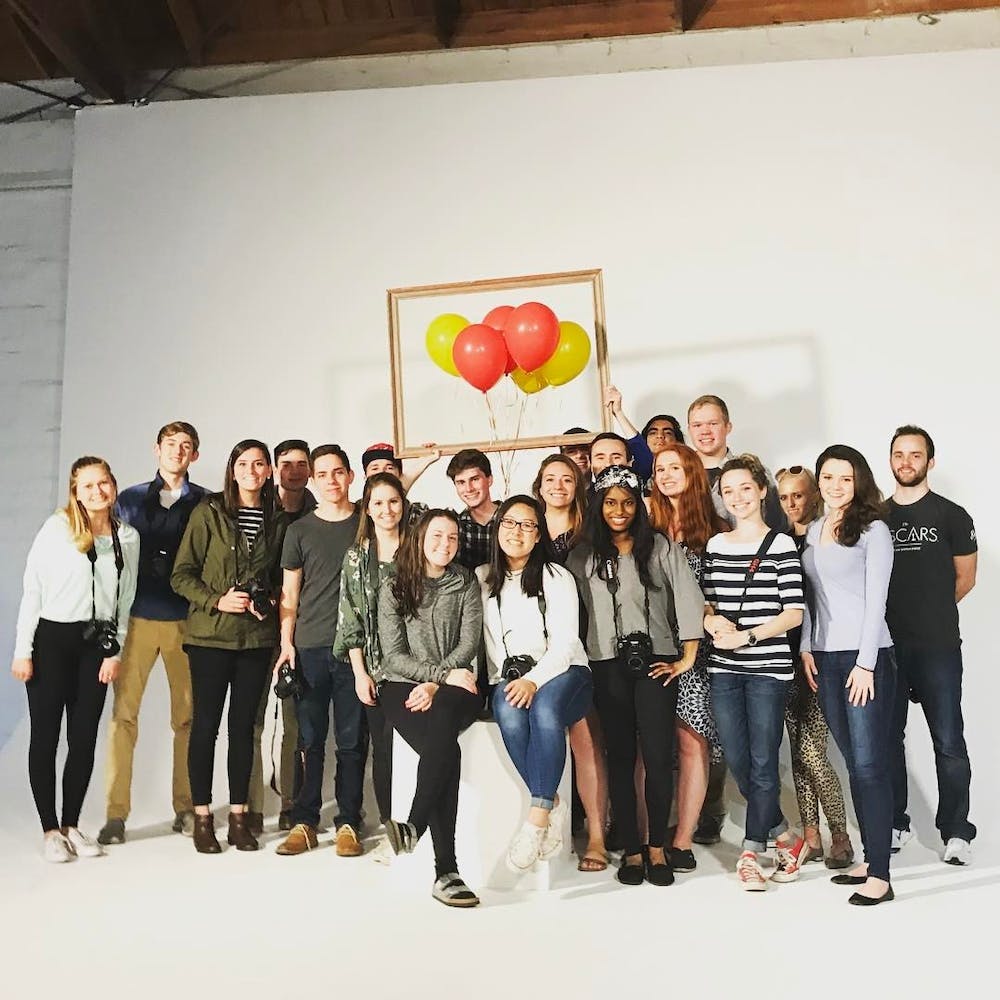 Students pose for a photo while participating in the Elon University Study USA program hosted at the Elon Center in Los Angeles during the Spring of 2018. Photo courtesy of J. McMerty

Junior Sofia Stanchina said she was looking to explore the world while studying at Elon. She said she considered going somewhere across the world to a place such as Shanghai, which would satisfy her appetite for adventure.

There was just one problem. She said she wouldn’t be able to study abroad and still graduate on time.

Wanting a different experience, the Charlotte native looked into a Study USA option and found a new home for the fall semester in New York City.

Stanchina said she is taking classes at Marymount Manhattan College. She also said she will get a taste of post-graduation life by interning with Model Management Group.

The project management major said something she has taken away from the program is the opportunity to work in New York, something she didn’t think was possible.

Rhonda Waller, director of global engagement for the Global Education Center, said having access to the Elon alumni network in major cities shows current students that the transition from small-town Elon to a major metropolitan area is possible.

“To say, ‘Oh, you’re only two years older than me and got a job in LA,’ it’s kind of a preview on an experience that they will extend past graduation,” Waller said.

Assistant Director for Global Internships Victoria Lo said she thinks this is valuable for students.

She said the ability to work in a professional environment and not live as a tourist is important for students to help imagine themselves working in that city.

"Whether or not their internship is exactly what they want to do for the rest of their lives, they tend to get a little step closer to finding out what that dream job or dream goal is."

“Whether or not their internship is exactly what they want to do for the rest of their lives, they tend to get a little step closer to finding out what that dream job or dream goal is,” Lo said. “It helps them really envision themselves living and working in these places and learn a lot about what it means to be a professional to them.”

Waller said she believes Elon provides a safety net for students who are moving to cities that have an Elon Center in them after they have participated in a Study USA program there.

“Elon’s kind of wrapping your arms around you and saying, ‘Here’s your housing, here’s how to commute to work, here’s where the grocery store is.’ It’s kind of a soft landing in a place that can kind of be harsh,” Waller said.

According to Jason McMerty, director of the Elon in Los Angeles program and assistant professor of cinema and television arts, nearly half of the students who had participated in the Elon in LA program and graduated in 2008 moved to the city within six months of graduating to begin their careers.

McMerty said that when the program started, Elon had only 50 alumni in the area. In the past decade, the number has grown to more than 500.

A third center is being proposed to join New York and Los Angeles as study abroad hubs for Elon. While a summer program is already offered in Washington, the nation’s capital is slated to become the home of the newest Elon center, according to the strategic plan.

The proposed addition will help serve as a liaison between the Elon student body and alumni in Washington, while also acting as a go-between for prospective students who can’t travel to North Carolina to learn more about Elon.

To combat this, the university is expanding the Elon in LA program to also cover the fall semester beginning in 2020. McMerty said he hopes this will help draw more students from other disciplines.

“The fall is going to be geared toward non-cinema and TV majors” McMerty said. “The fall will be geared more toward the strategic communications major as well as offering basic writing courses.

One major part of the program expansion will be the launch of Live Oak Studios.

Similar to the reality show “The Apprentice,” students will get to pick and pitch projects to three separate clients while focusing on the world of branded content.

Live Oak Studios has been envisioned as a production arm of Live Oak Communications, the student-run Public Relations agency at Elon. The two agencies will work together to produce content for clients.

McMerty said he also wants to get the business school involved, specifically marketing majors, to further increase the academic diversity of the program.

Although the expansion of the program is still evolving, Waller said he is excited for the future.

“It’s like a leaping off point,” Waller said. “We can be doing even more things with our alumni and parents … Maybe we’re bringing a type of student into Elon who wouldn’t normally consider Elon because they’re just honestly not familiar. The magnitude of this is really exciting.”