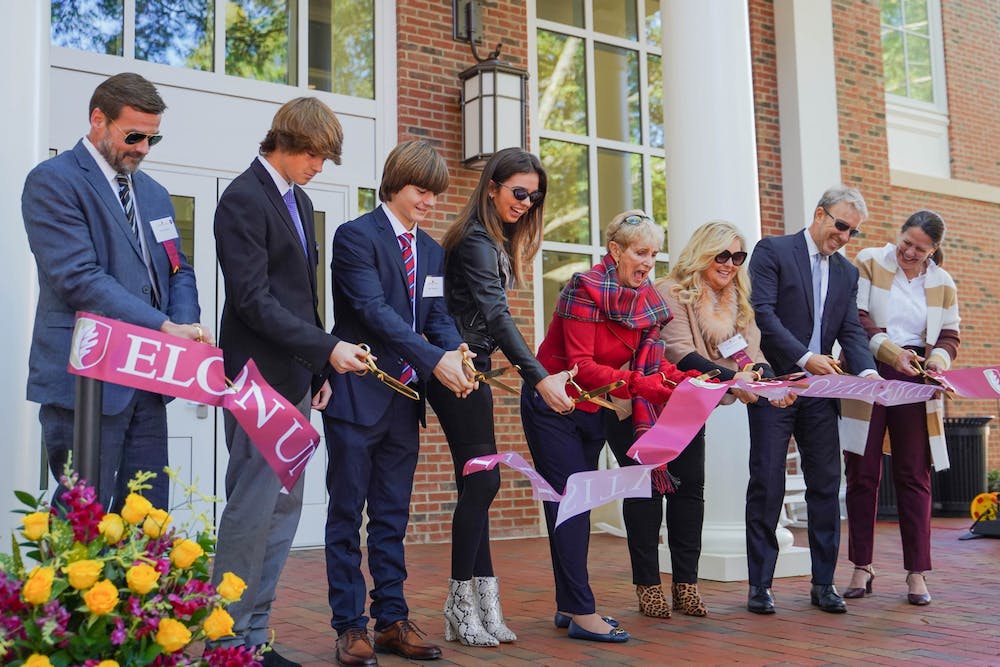 The event was attended by an array of people, including but not limited to members of the Elon Board of Trustees, President Connie Book, Vice President for University Advancement Leadership Jim Piatt and various students and alumni. The most important guest today was Gail LaRose ‘64, who the building was dedicated to. She and her family attended today to cut the opening ribbon.

Many people spoke before the ribbon-cutting, including Andrew Vendelis ‘20. By the time Vendelis has graduated, he will have spent three and a half out of his four years at Elon living in Historic Neighborhood. He is currently a resident assistant in Virginia Hall.

“The addition of the LaRose Commons has really just been a game-changer, not only for someone in residence life but just in general for student life,” Vendelis said.

The ceremony was wrapped up with a reception inside LaRose Commons full of food and mingling. There, Book spoke about how the idea for this building has been in the work for around ten years despite construction beginning only a year ago.

“The Historic area needed a commons building because the way those dorms were designed they didn’t have that central community space,” Book said.