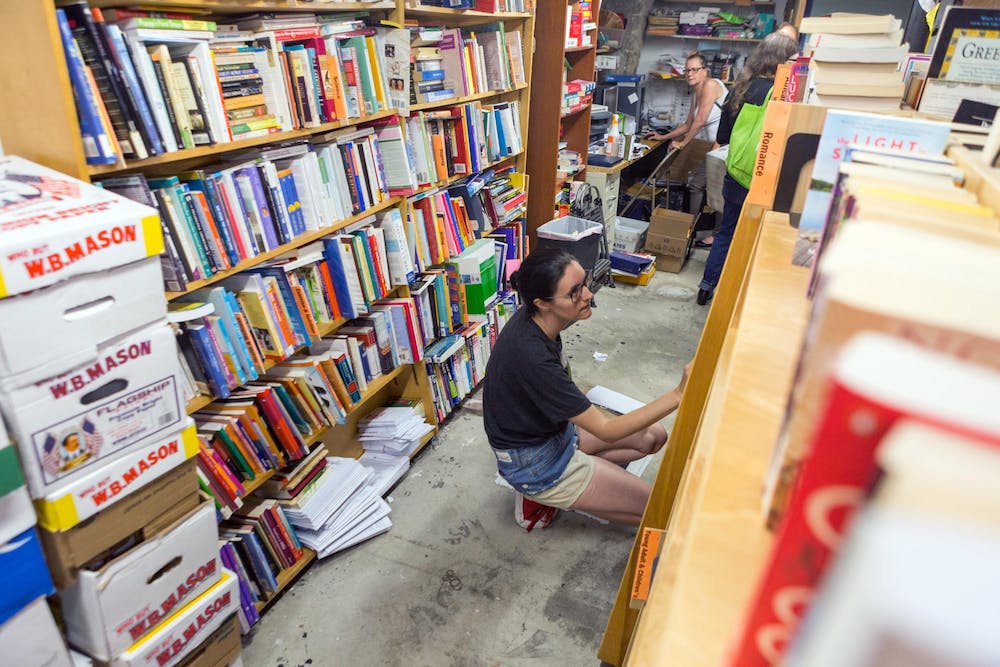 Literary censorship is not a new controversy, but the people most affected by the banning of books has shifted. Access to literature in U.S. prisons has become increasingly restricted in the last few years as books are heavily monitored and are considered contraband. Most of the censored books include those that discuss marginalized groups and questionable behavior. With these bans affecting over 2.2 million incarcerated Americans, advocates have spoken out, claiming the access to controversial literature among those in prison is harmless and even necessary for the transition back to normal life.

Craig Morehead, assistant professor of English, focuses on the similarities in law, criminology, class and literature.

Q: As someone who studies and teaches literature, do you believe there are books that should not be on our shelves?

A: On the whole, no. I think there’s been a long tradition of worrying about the content of books shaping behavior for the worse. There’s always been fear about people copying bad ideas and behaviors, and I think that is a way of excusing personal responsibility. It also completely forgets the great benefit that books have, even when reading about odeus ideas and behaviors. The impulse to censor is really an impulse of restriction and control, and within a prison context, that might seem like it makes sense. Yet, what is really being restricted is not some aspect of future behavior for these prisoners but really access to knowledge, access to books as a means of self-reflection as a provocation for engaging with the self and the world through the covers of a book.

Q: The largest book ban in America is not affecting schools or libraries but rather our prisons. Does this surprise you?

A: Not really. Prisons want to stifle any kind of content that might cause an uproar or rebellion within the prison population. If a lot of these banned books reveal or represent structural inequalities, racism or faults within the criminal justice system, then it does not surprise me that they want to stifle that kind of content. It’s exactly the wrong thing to do because a lot of those prisoners are there for those exact structural inequalities. So, not having access to books that talk about those things is really a disservice to the human beings behind bars. It’s not as if they don’t know these problems exist. Reading about it is not going to tell them anything they don’t know. However, it might allow them to reflect and process through how these situations can be understood and coped with.

Q: Studies have shown that allowing people in prison to have access to outside materials and ideas, such as books, actually reduces recidivism. With that in mind, do you think that everyone should be entitled the right to read?

A: Yes. And not only the right to read but the access to reading programs that could teach prisoners who cannot read how to, thus raising literacy levels within the prison population. I think we should provide prison libraries. There’s also a great tradition of authors writing prison notebooks. Some of the most fascinating literary and philosophical treatises have come from people behind bars. Part of that is a function of access to materials for writing and for reading. Every prisoner should have access to those.

Q: Pen America, an organization that advocates for free expression, is running an active petition to convince our congressmen to allow books in prisons. Is this something you could see yourself signing?

A: Yes. As someone who knows the value of stories and literature, for both self and society, more people should be aware of this issue and do what they can to advocate for the kinds of changes that Pen and other organizations are calling for.