CHEAT SHEET: The effects of the EPA rolling back the Clean Water Act 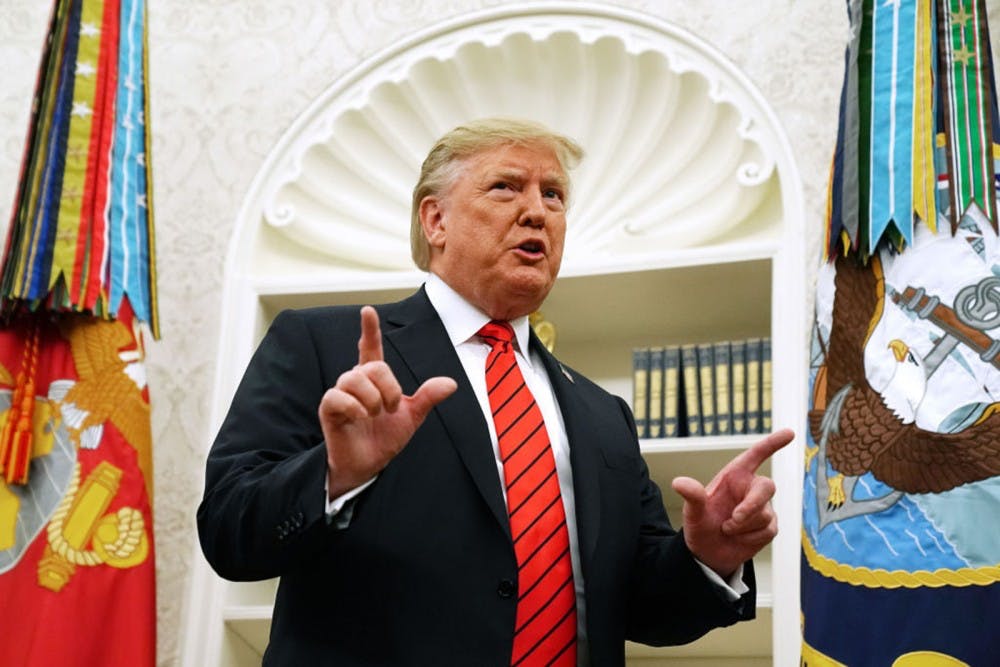 President Donald Trump pauses as he answers questions from reporters in the Oval Office in Washington, D.C. on Monday, Sept. 30. Photo courtesy of Tribune News Service

The Trump Administration finalized the repeal of the 2015 clean water regulation under the Clean Water Act, known as the “Waters of the United States” rule. This change was completed on Sept. 12, 2019.

Over the past two and a half years, the administration has been working to undo a lengthy list of environmental regulations. Aaron Sparks, assistant professor of political science and policy studies, discusses this action.

Q: Can you summarize the Clean Water Act?

A: The Trump administration, specifically the Environmental Protection Agency, is repealing the 2015 “Waters of the United States” rule. This rule was put in place by the Obama Administration following a Supreme Court decision that allowed for a broader understanding of what is meant by the “waters of the United States” in the 1972 Clean Water Act.

The 2015 rule required potential polluters to obtain a permit before engaging in activity near small streams or ponds. Previous regulation was limited to only large bodies of water, but small streams flow into larger rivers, so this 2015 rule was aimed at cleaning up important drinking water resources.

Q: Why did President Trump repeal it?

A: The Trump Administration repealed this rule because it is in keeping with a longstanding Republican Party promise to repeal environmental regulations. The Obama Administration implemented the rule in the face of organized opposition from the business and agricultural community. After the rule was implemented, these interest groups continued lobbying to get the rule repealed.

Q: How will this affect the country, state and students?

A: The impact of the repeal is that clean water is under greater threat of pollution. Without the rule in place, economic activity can continue apace. However, it is important to note that under the rule, interested parties had to demonstrate their activity would not be harmful because it was not an outright ban. I expect there will be legal challenges from environmental groups and maybe from municipal water providers who may now face a higher burden to filter water for drinking. Even so, until a judge orders an injunction on the repeal, agricultural and other development activity can move forward.