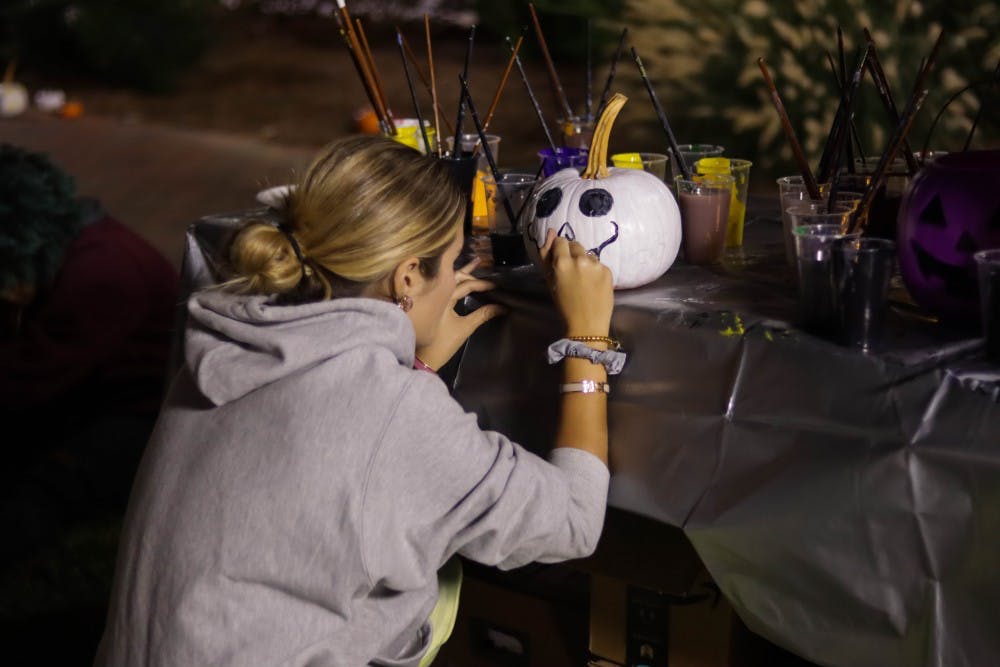 
The Student Union Board hosted “Oaktoberfest” on Oct. 5, 2019 Under the Oaks. There were many different activities, such as a s’mores pit, corn hole, a live band, and pumpkin painting to start off the month.

Students gathered under the oaks to celebrate fall. Warm apple cider and cinnamon donuts were staples of the night, while students decorated pumpkins and played games of cornhole.

The wood fire pit was also a hit, with the smell of marshmallows filling the night air along with the sound of live performances. Students danced, sang and conversed, ringing in the fall season.

Abby Cates, a member of the SUB, was in charge of planning the event. Cates said that this was the first OAKtober Fest at Elon, but hopefully not the last.

“This is the first time we’ve ever done anything like this,” said Cates. “Right now it’s pretty small, but even with the attendance that we have so far we’ll have more opportunities to make this bigger than it is.”

Next year, Cates hopes that the event will be even larger, incorporating more of the Elon community. She wants OAKtober Fest to become an annual tradition at the university and is also looking to begin more traditions in the future.