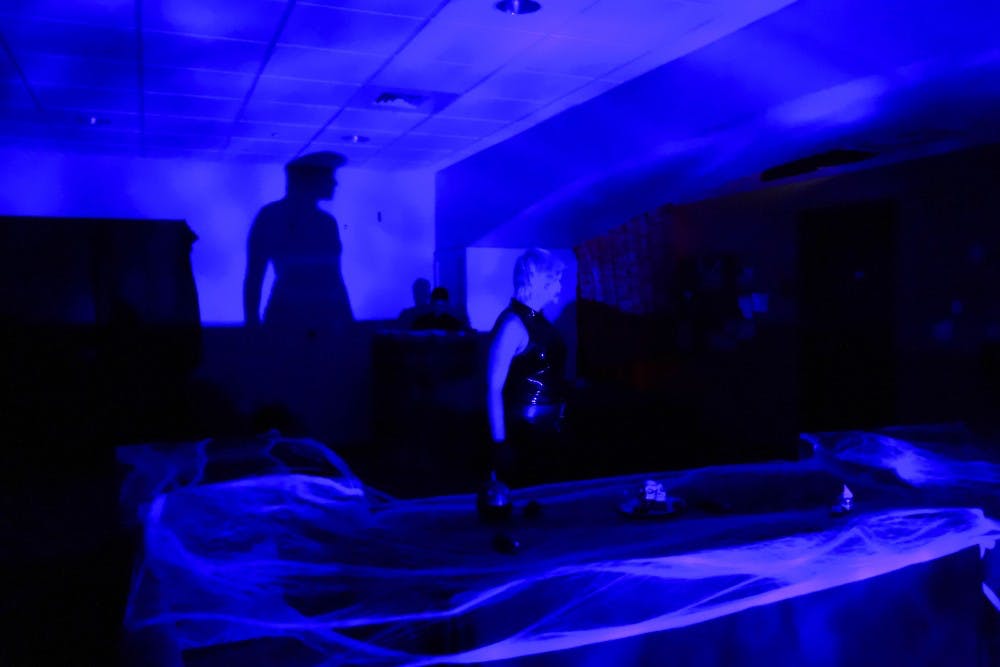 
Harper Hall was decked out with lights and decorations transforming it into a haunted house.

In each hallway were a variety of horror elements kicking off the Halloween season. Residents of the hall were allowed to either leave or stay in their rooms during the event which ran from 8 to 10 p.m.

Attendees started off on the first floor by watching a short introduction video before entering the darkened hallways of Harper. Cobwebs, lightning effects, and music added to the spooky environment while Elon students participated as the actors. The performers dressed up as ghouls, dead brides, clowns and other classic horror figures.

After the first floor, students made their way to the elevator, going up to the fourth floor and working their way back down. Hallways and common rooms were decorated with caution tape, balloons and hanging objects while actors stood at the end of the hallways waiting to jump out. Actors sprang out of rooms and covered boxes as jump scares, adding the element of surprise.

“Our friend who lives here just told us about it and we just came here spontaneously,” said an attendee of the event. “I get scared easily and I screamed every time I got scared, but it was pretty cool.”

Students went through in staggered groups and food was provided outside of the event.

If you missed out this year, make sure to check out Haunted Harper next fall and look out for other Halloween events coming next week.

The Station at Millpoint will be hosting a trick-or-treat on Halloween night and Downtown Burlington will be holding their Downtown Spooktacular starting at 3 p.m. Oct. 31.